Team McCain and the Trooper : Attempt to Derail Palin Probe 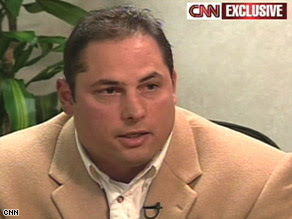 Key Alaska allies of John McCain are trying to derail a politically charged investigation into Gov. Sarah Palin’s firing of her public safety commissioner in order to prevent a so-called “October surprise” that would produce embarrassing information about the vice presidential candidate on the eve of the election.

In a move endorsed by the McCain campaign Friday, John Coghill, the GOP chairman of the state House Rules Committee, wrote a letter seeking a meeting of Alaska’s bipartisan Legislative Council in order to remove the Democratic state senator in charge of the so-called “troopergate” investigation.

Coghill charged that the senator, Hollis French, had “politicized” the probe by making a number of public comments in recent days, including telling ABC News that Palin had a “credibility problem” and that the investigation into the firing of public safety commissioner Walter Monegan was “likely to be damaging to the administration” and could be an “October surprise.” Wrote Coghill: “The investigation appears to be lacking in fairness, neutrality and due process.”

The investigation, authorized by the Legislative Council last July, revolves around charges that Palin abused her power by embroiling the governor’s office in a bitter family feud involving her ex-brother in law, a state trooper named Mike Wooten. Specifically, the council is investigating whether Palin fired Monegan when he refused to dismiss Wooten (who at the time was involved in an ugly custody battle with Palin’s sister) after getting repeated complaints about him from the governor and her husband, Todd Palin. (Among the allegations that were raised against Wooten by Palin’s sister: he had Tasered his ten-year-old stepson and shot a moose without a permit.) Palin has denied wrongdoing; Monegan has said he believes his firing was connected to his refusal to fire Wooten.

French, the Democrat overseeing the probe, has hired a special counsel to determine, in effect, whether Palin “used her public office to settle a private score,” he recently said. He has also suggested that the probe may turn up evidence that state laws were violated by Palin’s aides because they pulled confidential personnel files on the trooper.

But Coghill, who told NEWSWEEK that he has the backing of Republican Speaker of the House John Harris in his effort to remove French, suggested Friday that the investigation into Palin’s firing of Monegan should be shut down entirely. “If this has been botched up the way it has, there’s a question as to whether it should continue,” Coghill told NEWSWEEK.

The move underscored the huge political stakes in the outcome of a legislative investigation that is being closely monitored by both the McCain and Obama campaigns because of its potential impact on the fall election. “How can this possibly be read as anything but a partisan attempt to shut down a legitimate investigation that was approved and funded with bipartisan support?” said one state Democratic legislative aide, who asked not to be identified because of the political sensitivities. Coghill told NEWSWEEK that he decided to write his letter to strip French of his position on his own-without any coaxing by McCain campaign officials.

“An investigation that was supposed to be non-partisan has become a political circus and has gotten out of control,” said Taylor Griffin, a top communications aide dispatched from McCain campaign headquarters to Alaska this week to monitor the investigation and related matters. (Griffin also said that Palin has “nothing to hide” about the Wooten matter.)

As a further sign of the sensitivity of the probe, a lawyer for Palin told NEWSWEEK Friday that Todd Palin, the governor’s husband, was in the process of hiring his own separate counsel to represent him in the legislature’s probe. Thomas Van Flein, Governor Palin’s lawyer, would not identify who is now representing the governor’s husband. But he sought to deflect charges that Todd Palin, a commercial fisherman and oil company worker, had improperly intervened in state business by inviting Monegan to the governor’s office and asking him to look into Wooten’s status on the state police force. (For his part, Wooten has acknowledged that he “made mistakes,” but that he was “punished appropriately” when he was suspended from the police force for five days in 2006.)

In an interview on Friday, Van Flein sought to deflect charges that Todd Palin may have acted improperly by talking to the state public safety commissioner about Wooten. Todd was “the governor’s husband and a citizen of the state and he has every right to an opinion as [does] everyone else,” Van Flein said.

One major reason the probe is so sensitive is that it raises the prospect that Governor Palin’s credibility could be called into a question in a major state probe on the eve of the election. When the “troopergate” story broke over the summer, Palin adamantly denied that anybody in her administration exerted any pressure on Monegan to fire Wooten. But only weeks later, a tape recording surfaced in which another one of her top aides, Frank Bailey, was heard telling a police lieutenant, “Todd and Sarah are scratching their heads, ‘Why on earth hasn’t this, why is this guy [Wooten] still representing the department?'”

French today acknowledged that some of his public comments about the ongoing probe may have been out of bounds. “I said some things I shouldn’t have said,” he told NEWSWEEK. But he insisted he had no intention of stepping down because the investigation was really being conducted by Steve Branchflower, a retired state prosecutor who was hired as the special counsel in the probe. French also said today he had moved up the deadline for Branchflower to produce his report. Although it was originally due Oct. 31, the Friday before the election, it will now be completed Oct. 10-in order to be “as far away from the election” as possible.

In the interview with NEWSWEEK, Van Flein, Governor Palin’s lawyer, raised other objections to the troopergate probe. He said the legislative investigation ran counter to the Alaska Constitution because it was being conducted in secret and without strict procedural rules. He said that in the “post-McCarthy era”, he would have expected more due process guarantees.

Van Flein also told NEWSWEEK that as part of defense preparations for the investigation, he had taken his own depositions from potential witnesses—including one this week who refused to give testimony to the Legislature’s special counsel. That was Frank Bailey, the former senior Palin aide who was recorded mentioning the concerns of Palin and her husband that Wooten was still on the police force.

In the deposition taken by Van Flein, which Palin’s lawyer made available to NEWSWEEK, Bailey acknowledged he had “overstepped my boundaries… I should not have spoken for the governor, or Todd, for that matter. I went out on my own on this discussion.”

But Bailey also confirmed in the deposition that Palin had herself raised Wooten’s name with the state police during her first security briefing after she won election as governor in November 2006. Bailey said he sat in on the briefing with Gary Wheeler, then head of the governor’s security detail. Wheeler asked Palin and her husband whether they were aware of any threats against her that the new bodyguards should be concerned about. “They specifically brought up only one person, and that was Mike Wooten,” Bailey testified. “There was a serious genuine concern about not only their safety but the safety of their family, their kids, their nieces, nephews, her father, regarding Trooper Wooten.” Bailey testified that Sarah Palin never asked him to do anything about Trooper Wooten, but that Todd Palin did talk to him about “issues about Trooper Wooten,” and expressed “frustration” that the state police were doing nothing to respond to the Palins’ concerns.

1 Response to Team McCain and the Trooper : Attempt to Derail Palin Probe