Ted McLaughlin : Access to Water Is a Human Right 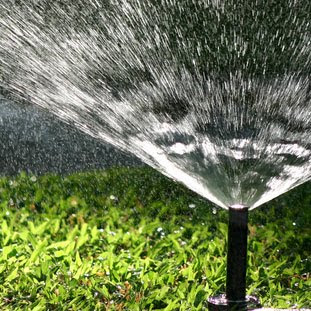 Clean water should be a human right,
Not a capitalist commodity

A vote took place in the United Nations a few days ago that could eventually have far-reaching effects on everyone on this planet. The vote was on a resolution, introduced by the Bolivian representative to the U.N., that extended basic human rights. The resolution officially made access to clean water and sanitation a basic fundamental human right.

This just makes sense. After all, water is not a luxury but an absolute necessity for human life. Humans cannot live with water. This puts water in a special category with food and shelter. These items are more important than any other resources because they are a must for sustaining human life. So how could anyone oppose this resolution?

Among the nations refusing to vote for access to clean water and sanitation as a basic human right were the United States, Canada, Australia, and many European countries — the so-called industrialized and “civilized” first-world nations. Why would they not vote for the right of every human to have access to clean water?

That’s simple. Voting for access to clean water as a fundamental human right would expose their own hypocrisy. You see, these countries don’t see water as something everyone should have a right to. They see water as simply another commodity to be bought and sold, and those who cannot afford to buy it have no right to it. This may sound harsh, but it is true.

The United States has never recognized the right of humans to have access to water. In this country, we give lip service to providing access to clean water for everyone, but the fact is that access is granted only to those who are willing and able to pay for that access. If you don’t think this is true, just try not paying your water bill for a while. You will find your water cut off. Your access to water will be denied by the very government that proudly claims to provide that access.

I have always thought this was wrong. No one should be denied access to clean water just because they cannot afford to buy it. No one should be reduced to having to steal this basic resource just to sustain their lives. Clean water should be provided by the government (as it is in most places in the United States), but it should not be sold — it should be paid for through taxes and provided free of charge to all citizens.

Frankly, much water is already being wasted. Here in Texas we know that our water resources will not meet our future and growing demand. And yet we continue to waste water. In fact, many communities actually encourage that waste. As example, does it really make sense to keep planting and watering lawns (a requirement in many communities and subdivisions) in a state where water becomes more scarce every year?

And the waste is even more egregious in the richer communities, where one family lives on a large estate and to water many acres of lawns will use more water than that necessary to sustain hundreds of families with clean water. But Americans are in love with their lawns and, even in a state with scarce water resources, are currently unwilling to give them up and stop wasting that valuable resource — and the future be damned.

But such wasteful use of water may not be possible in the future. Especially in light of global climate change (and that change is happening whether you believe it is caused by humans or not), water is becoming scarcer all over the world. There are those who believe (including myself) that future wars will be fought over water rather than oil or other capitalist commodities.

The resolution introduced by Bolivia and passed by 122 nations was nothing less than a gauntlet being thrown down. The developing nations and their allies are telling the industrialized world that water is not a commodity to be sold only to those who can afford it. It is a scarce resource that must be shared by all of humanity.

Like it or not, the industrialized world must reconsider and change it’s wasteful use of this scarce resource, and they must no longer view it as a commodity to make the rich even richer — a commodity that can be denied to the poor. The industrialized world, especially the United States, loves to preach equality and human rights. It is now time for them to start practicing what they preach. The future of humanity demands it.

2 Responses to Ted McLaughlin : Access to Water Is a Human Right