That’s Not Our Policy; That’s Not What We’re About 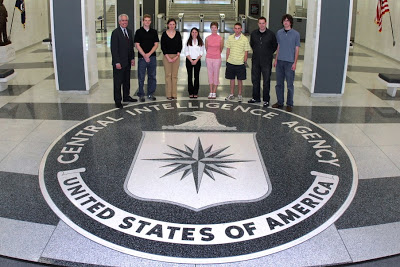 A former CIA operative who says he tried to warn the agency about faulty intelligence on Iraqi weapons programs now contends that CIA officials also ignored evidence that Iran had suspended work on a nuclear bomb.

The onetime undercover agent, who has been barred by the CIA from using his real name, filed a motion in federal court late Friday asking the government to declassify legal documents describing what he says was a deliberate suppression of findings on Iran that were contrary to agency views at the time.

The former operative alleged in a 2004 lawsuit that the CIA fired him after he repeatedly clashed with senior managers over his attempts to file reports that challenged the conventional wisdom about weapons of mass destruction in the Middle East. Key details of his claim have not been made public because they describe events the CIA deems secret.
ad_icon

The consensus view on Iran’s nuclear program shifted dramatically last December with the release of a landmark intelligence report that concluded that Iran halted work on nuclear weapons design in 2003. The publication of the National Intelligence Estimate on Iran undermined the CIA’s rationale for censoring the former officer’s lawsuit, said his attorney, Roy Krieger.

“On five occasions he was ordered to either falsify his reporting on WMD in the Near East, or not to file his reports at all,” Krieger said in an interview.

In court documents and in statements by his attorney, the former officer contends that his 22-year CIA career collapsed after he questioned CIA doctrine about the nuclear programs of Iraq and Iran. As a native of the Middle East and a fluent speaker of both Farsi and Arabic, he had been assigned undercover work in the Persian Gulf region, where he successfully recruited an informant with access to

The informant provided secret evidence that Tehran had halted its research into designing and building a nuclear weapon. Yet, when the operative sought to file reports on the findings, his attempts were “thwarted by CIA employees,” according to court papers. Later he was told to “remove himself from any further handling” of the informant, the documents say.

In the months after the conflict, the operative became the target of two internal investigations, one of them alleging an improper sexual relationship with a female informant, and the other alleging financial improprieties. Krieger said his client cooperated with investigators in both cases and the allegations of wrongdoing were never substantiated. Krieger contends in court documents that the investigations were a “pretext to discredit.”

Krieger maintains that his client is being further punished by the agency’s decision prohibiting him from fully regaining his identity. “He is not even allowed to attend court hearings about his own case,” Krieger said.

CIA spokesman Paul Gimigliano declined to comment on the specifics of the case but flatly rejected the allegation that the agency had suppressed reports. “It would be wrong to suggest that agency managers direct their officers to falsify the intelligence they collect or to suppress it for political reasons,” he said. “That’s not our policy. That’s not what we’re about.”

This entry was posted in RagBlog and tagged CIA, Iran, U.S. Government. Bookmark the permalink.