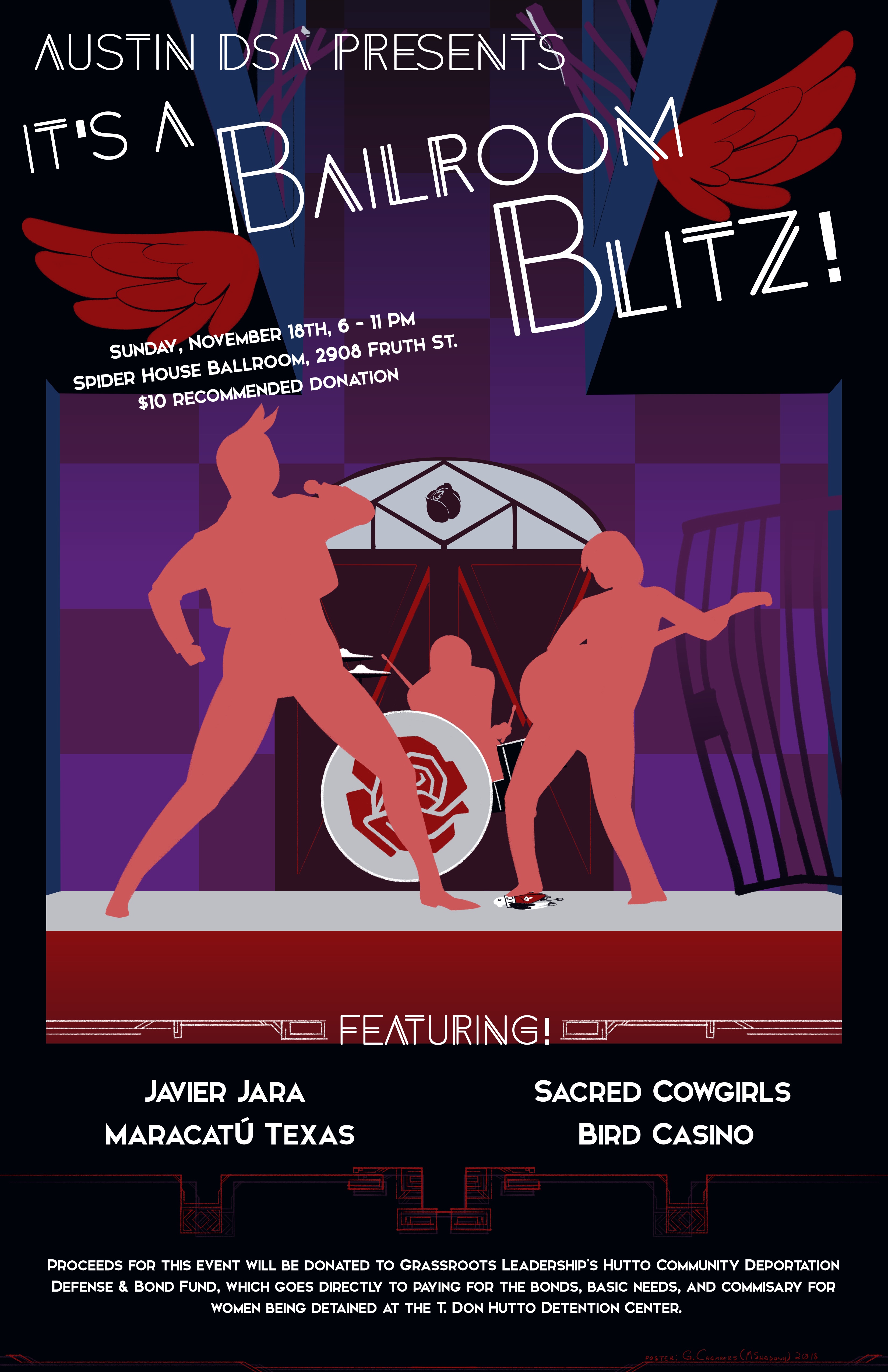 DSA Presents It’s a Bailroom Blitz at the Spider House Ballroom, 2908 Fruth Street in Austin, Texas. Benefit proceeds will be used to post bond for women incarcerated at the Hutto Detention Center so that they can pursue asylum claims. Both donations at the door and for merchandise will directly benefit the Hutto Community Deportation Defense and Bond Fund.

For more information about the fund, or to make donations directly, visit the Grasssroots Leadership website. A former immigrant detainee will speak about her experience in detention and the support she has gotten. The goal of the benefit is to raise enough in donations to post bond for two women at T. Don Hutto.

Support a great cause and enjoy an eclectic mix of talent at the Bailroom Blitz.

This entry was posted in Metro, RagBlog and tagged Metro. Bookmark the permalink.