Our much-anticipated book about Houston’s historic underground paper will be published before the end of the year. 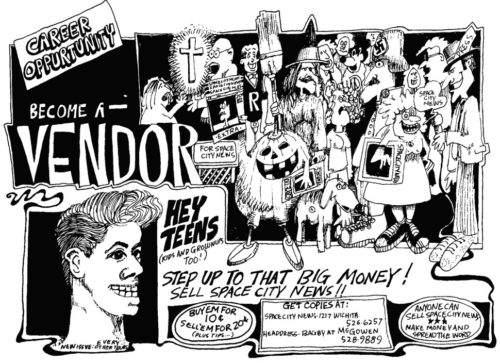 This project, which has been in the works for more than two years, is about to come to fruition. The book, which will run close to 350 pages, will be released towards the end of this year. A companion to Celebrating The Rag: Austin’s Iconic Underground Paper, which was published in 2016, Exploring Space City! tells the story of Houston’s dynamic progressive tabloid that ran from June 1969 to August 1972. Both books are published by the New Journalism Project, a Texas 501(c)3 nonprofit that also produces Rag Radio and The Rag Blog.

(Space City! was called Space City News for its first dozen issues, but a UFO newsletter by the same name threatened to sue and the paper changed its name.)

The book features articles and graphics from the original paper plus a number of essays that look back on the historical importance of the paper, adding some contemporary perspective. Exploring Space City! is divided into sections covering different aspects of the paper’s reporting, including several articles devoted to the Ku Klux Klan and its reign of terrorist violence against Space City! and the Houston liberal and left communities.

There are 60 pages devoted to culture and the arts, a major section on power structure research, sections on Women’s Liberation, Gay Liberation, the GI movement, and the Black and Chicano struggles. Plus special reporting on the environment, labor, sports, electoral politics, and much more.

The book plays a major role in recovering and recording some very important history that otherwise might have not been known to the public.The project started with an expansive effort to locate and digitize a complete set of Space City!, which is now accessible to the public both at the Internet Archive and at JSTOR.

Watch a video about the development of Exploring Space City! here. To help with financial support for the project, please go here.

[Thorne Dreyer is an Austin-based writer, editor, broadcaster, and activist. Dreyer was a founding editor of the original Rag in 1966 Austin and Space City! in Houston, and was an editor at Liberation News Service (LNS) in New York. He was a programmer at and general manager of KPFT-FM, Houston’s Pacifica radio station. Dreyer, who was an editor of Celebrating The Rag and is an editor of Exploring Space City!,  is working on a third book. He now edits The Rag Blog, hosts Rag Radio, and is a director of the New Journalism Project. Contact Dreyer at editor@theragblog.com.]