We visit the Huichol Indians, remember James Connolly and the Easter Rising, revisit Vietnam and Kent State, discuss a gritty new memoir, envision the political revolution, and listen to an iconic blues-rock singer. 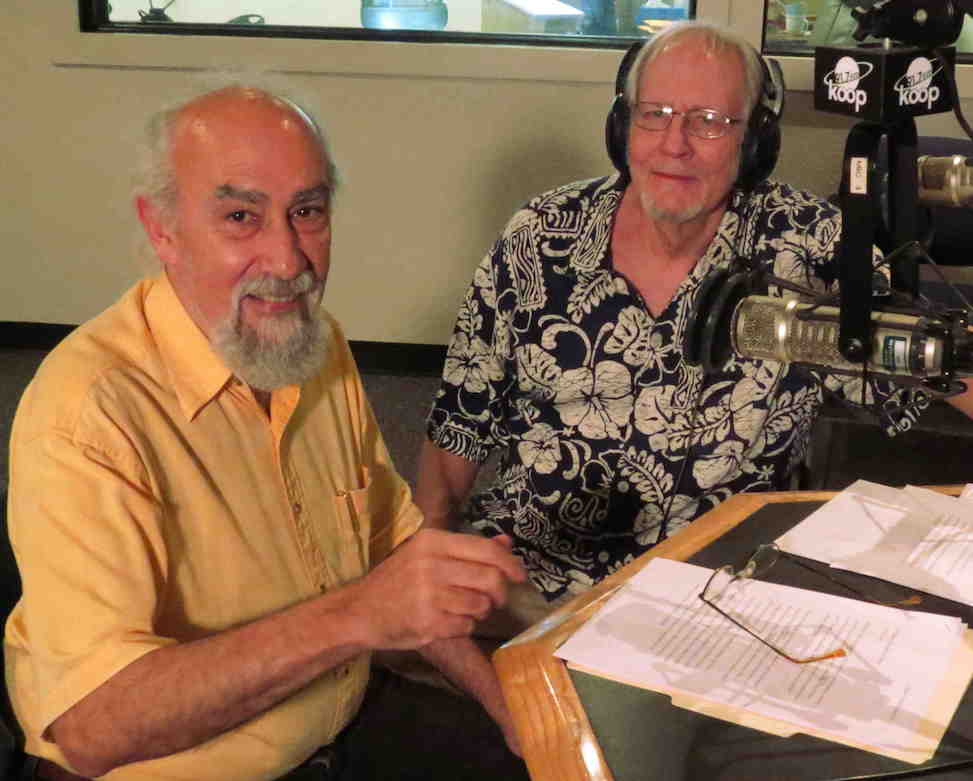 ♦ Mystical Artist and Storyteller Luis Guerra on ‘Repopulating the Huichol Deer’ and More!

Artist and storyteller Luis Guerra talks about the amazing and ambitious adventure of securing and relocating 33 deer from northern Mexico to the Sierra Madre in Jalisco, the land of the Huichol Indians. He also reminisces on his years with the Huicholes, with emphasis on shared mystical experiences, and reads three stories about being in the mountains of Jalisco with the Huicholes.

Read the full show description and download the podcast of our May 13, 2016 Rag Radio interview with Luis Guerra, here — or listen to it here:

Historian Paul Buhle, a leading figure on the American Left since the 1960s who now produces radical comics, is the editor of A Full Life: James Connolly the Irish Rebel. Paul discusses the life of James Connolly, his role in the fight for Irish independence and in the historic Easter Rising rebellion, and his death before a British firing squad. We also talk about the history and historical significance of radical comics and graphic histories and the fundamental role in their development played by Austin-based comix artists Gilbert Shelton and Jack Jackson (Jaxon).

Read the full show description and download the podcast of our May 6, 2016 Rag Radio interview with Paul Buhle here — or listen to it here:

Peace activist and former New Left leader Tom Hayden, and his wife, the actress, musician, and author Barbara Williams, are our guests on Rag Radio. Tom, in Austin as a featured guest at a three-day “Vietnam War Summit” at the LBJ Library, discusses the Summit and reflects on Vietnam and the anti-war movement. He also addresses his recent endorsement of Hillary Clinton. Barbara Williams talks about and reads from her critically-acclaimed book, The Hope in Leaving: A Memoir and discusses her hardscrabble early life and her career as an award-winning actress and singer

Read the full show description and download the podcast of our April 27, 2016 Rag Radio interview with Tom Hayden and Barbara Williams, here — or listen to it here:

We feature Thorne Dreyer’s classic 2015 interview with Bernie Sanders, and iconic Austin blues-rock singer-songwriter Leeann Atherton joins us in studio for conversation and performance. The Sanders interview was recorded and first broadcast just over a year ago, on March 27, 2015, just before Sanders officially announced that he was running for president. We nudged Bernie to make his announcement on our show, but he just chuckled. Sure sounded like a candidate, though!

Read the full show description and download the podcast of our April 15, 2016 Rag Radio classic interview with Bernie Sanders plus Leeann Atherton in performance here — or listen to it here:

On May 4, 1970, Thomas Grace was shot by National Guardsmen when they opened fire on unarmed students on the campus of Kent State University in Kent, Ohio, killing four and injuring nine. Tom Grace’s new book, Kent State: Death and Dissent in the Long Sixties, is considered the definitive history of this iconic event. On the show Tom gives a riveting first-hand account of the events of that day and of the week leading up to the shootings. He talks about the long history of activism at Kent State and the working class roots of its student body – and debunks the erroneous contention of many historians that the incident marked the death of the Kent State student movement.

Read the full show description and download the podcast of our April 8, 2016 Rag Radio interview with Tom Grace — or listen to it here: