Listen to the podcast of this highly entertaining hour that includes memorable  performance by Charlie and musical crew. 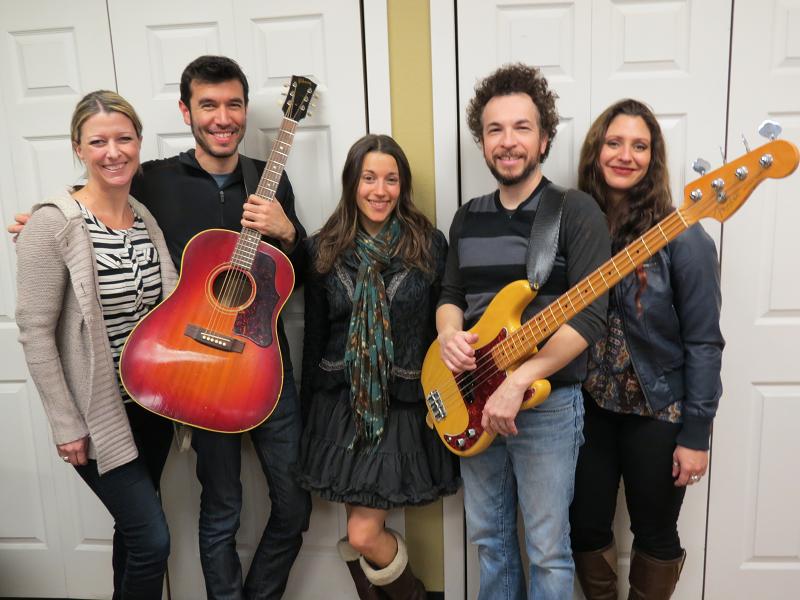 Listen to or download the podcast of our February 7, 2014, Rag Radio show with Charlie Faye and friends, here:

Charlie, one of Austin’s most accomplished and innovative musicians, is joined in performance and discussion by Lonnie Trevino, Jake Owen, Noëlle Hampton, and Wendy Colonna.

(Charlie and even more friends presented their second annual Tribute to Carole King and James Taylor that night at the Cactus Café, a venerable acoustic venue in the University of Texas Student Union in Austin. And it was a rousing success.)

Charlie Faye‘s latest release is You Were Fine, You Weren’t Even Lonely. Her 2010 album, Travels with Charlie — recorded in 10 different cities over a 10-month period — won critical acclaim and broke into the top 10 on the Americana Radio Chart.

Charlie is also a noted music community organizer in Austin, especially around the issue of affordable housing. A front-page story in the Austin American-Statesman outlined Charlie’s efforts to save a musicians’ enclave of cottages in South Austin.

In addition to saluting the music of Carole King and James Taylor, and discussing how the two musical icons served as musical inspiration for them, Charlie and friends addressed challenges facing the Austin music community and other topics related to the contemporary music scene.