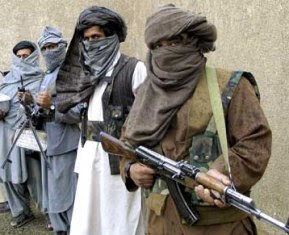 Barack Obama restated his Iraq phased withdrawal play in response to public questioning today but committed himself to expanding the wars in Afghanistan and Pakistan.

Any proposal to transfer American troops from Iraq to Afghanistan and Pakistan is sure to cause debate and questions among peace activists and rank-and-file Democrats. The proposal potentially represents a wider quagmire for the US government and military.

On Iraq, Obama said nothing especially new in his July 14 New York Times’ op-ed piece, but it was a forceful restatement of his commitment to combat troop withdrawals after his recent statements suggesting that he would “refine” his views when he consults military commanders on the ground.

Obama neglected to address how many American “residual forces” he would leave behind in Iraq to fight al-Qaeda and “protect American service members,” though he made additional US trainers conditional on the Iraqis making “political progress.” It was a proposal that seemed to promise a phased diminishing of the American military presence, not a complete withdrawal.

Many independent analysts question leaving some 50,000 American troops as advisers, trainers and counter-terrorism units in Iraq after the withdrawal of 140,000 by 2010. Those forces will be protecting a sectarian political regime that is linked to death squads, militias and a detention system now holding 50,000 Iraqis in violation of human rights standards.

It is quite possible that Obama’s regional diplomacy, including hard-bargaining with Iran, could facilitate a decent interval for American troop withdrawals and a more stabilized Iraq, as suggested by former CIA director John Deutch. [interview with Deutch, in Ending the War in Iraq, 2007]

Obama smartly exploited the recent call by Iraqi prime minister Nuri al-Malaki for a US withdrawal deadline, although al-Maliki’s time line was twice as long as Obama’s. In this face-saving scenario, the Pentagon would follow “the Philippine option” in which the client government formally requested that the US close its bases. This option was advocated openly by the Marines’ commander in Iraq in 2004. [NYT, Nov. 29, 2006]. The US only withdrew obsolete naval forces from the Philippines, however; today the US spends hundreds of millions on a secret war against Islamic forces in the southern Philippines. Obama might do the same.

These public policy ambiguities are not simply Obama’s problem, but are caused by a mainstream media which stubbornly refuses to ask any questions about those “residual forces.” For example, how will “residual forces,” tied to the regime the Americans put in power, be more successful on the battlefield than the departing 170,000 combat troops?

But Obama’s proposals for Afghanistan and Pakistan are far more problematic. They can described in everyday language as either out of the frying pan and into the fire, or attacking needles by burning down haystacks.

The Pentagon paradigm is to defeat al-Qaeda militarily while refusing to address, and thereby worsening, the dire conditions that gave rise to the Taliban and al-Qaeda operatives in the first place. Ahmed Rashid’s new Descent into Chaos [Viking, 2008] provides a horrific portrait of Afghanistan in careful prose based on reputable sources:

* It is estimated by RAND that $100 per capita is the minimum required to stabilize a country evolving out of war. Bosnia received $679 per capita, Kosovo $526, while Afghanistan received $57 per capita in the key years, 2001-2003;

* When the US installed the Hamid Karzai government, Afghanistan ranked 172nd out of 178 nations on the United Nation’s Human Development Index, having the highest rate of infant mortality in the world, a life expectancy rate of 44-45 years, and the youngest population of any country; in 2005 95 percent of Kabul’s residents were living without electrical power.

* Seven hundred civilians were killed in the first five months of 2008 alone, according to the United Nations.

Despite some gains in media and currency reform, plus a modest increase in children in school, this was the path of least reconstruction.

And despite images of Afghan democracy that made loya jirga tribal gatherings appear to be the birth of participatory democracy, a warlord state was entrenched by the CIA.

There are some 36,000 US troops stretched across Afghanistan, another 17,500 under NATO command, and 18,000 in counterinsurgency and training roles [NYT, July 14]. They are so aggressively combat-oriented that the Afghan government itself continually objects to the rate of civilian casualties. It costs the Pentagon $2 billion per month to support 30,000 American troops. According to Rashid, “Afghanistan is not going to be able to pay for its own army for many years to come — perhaps never.”

As of 2006, Afghanistan’s economy still rested on producing 90 percent of the world’s opium, an eerie narco-state parallel with the US counterinsurgency in Colombia from where most of America’s supply of cocaine originates.

Afghanistan is an unstable police state. By 2005, the Afghan Independent Human Rights Commission cited 800 cases of detainee abuse at some thirty U.S. firebases. “The CIA operates its own secret detention centers, which were off limits to the US military.” Ghost prisoners, known as Persons Under Control [PUCs] are held permanently without any public records of their existence. Warlords operate their own prisons with “unprecedented abuse, torture, and death of Taliban prisoners.” And as the US lowered the number of prisoners at Guantanamo, it increased the numbers held at Bagram, near Kabul. As of January, 2008, there were 630 incarcerated at Bagram, “including some who had been there for five years and whom the ICRC had still not been given access to.” After weeks of hunger strikes about detention conditions, the Taliban recently orchestrated a jailbreak of hundreds of Afghanis from the Kandahar prison, an inside job.

As in Iraq, the US contracted for police training in Afghanistan with DynCorp International; between 2003 and 2005, the US spent $860 million to train 40,000 Afghan police, “but the results were totally useless” according to Rashid. Even Richard Holbrooke described the DynCorp training program as “an appalling joke…a complete shambles.”

When the Taliban government was overthrown, the US installed a Westernized Pashtun, Hamid Karzai, a former lobbyist for Unocal, who had been out of the country during the jihad against the Soviet Union. But the Pashtun tribes themselves were violently displaced from power for the first time in 300 years. They remain by far the largest Afghan minority at 42 percent of the population, heavily concentrated in Kandahar and the southern provinces and across the federally-administered tribal areas in western Pakistan. These are the areas that the Pentagon, the New York Times, and Barack Obama [like John Kerry before him] designate as the central battlefront of the war on terrorism.

The question is not simply a moral one, but whether the expanding war in Afghanistan and Pakistan, fueled by troop transfers from Iraq, is winnable, and in what sense?

Transferring 10,000 American troops from Iraq to Afghanistan, which Obama proposes, is symbolic, a potential downpayment on the treadmill of further escalation. [In his statement, Obama supports “at least” two additional brigades for Afghanistan]. The future of the Pentagon’s “rear” in Iraq will be questionable if 15 combat brigades are withdrawn under Obama’s plan, while the Pentagon’s new “front” line cannot be secured with two brigades sent to southern and eastern Afghanistan. At best these might be holding actions until the next administration makes a decision about its ultimate strategy. Obama may be proposing an escalation simply in order not to lose, a pattern well-documented in Daniel Ellsberg’s history of the Vietnam War.

But the US escalation policy already is deepening rapidly, with bipartisan support [or silence, so far]. In keeping with counterinsurgency strategies going back to America’s long wars against native tribes, the Pentagon has fostered the ascension of a new Pakistani general, Ashfaq Parvez Kayani, whose background includes training at Fort Benning and Fort Leavenworth. An unnamed US military official praises Kayani “for embracing new counterinsurgency training and tactics that could be more effective in countering militants in the country’s tribal areas. [NYT, Jan. 7. 2008] Over $400 million is being spent to recruit a “frontier corps” of to “turn local tribes against militants” [NYT, Mar. 4, 2008] CIA and Special Forces operatives already have invaded Pakistan to set up a secret base from which to hunt Osama bin Laden “before Mr. Bush leaves office” as well as fighting al Qaeda and the Taliban on the ground and from pilotless Predator drones. [NYT, Feb. 22, 2008].

All this constitutes yet another preventive war by the United States, this one in violation of Pakistan’s sovereignty and against the stated policies of the newly-elected Pakistani government, not to mention the overwhelming sentiment among Pakistan’s people. On the Afghan front, the Taliban will be able to retreat in the face of greater US firepower, or attack like Lilliputians from multiple sides if the US concentrates its forces around the Pakistan border. Further violence and tides of anti-American sentiment could sweep across the region into Pakistan with unpredictable results.

Michael Scheuer, the former CIA official once charged with tracking down Osama bin Laden, suggests that the American delusion is that “by establishing a minority-dominated semisecular, pro-Indian government [in Kabul], we would neither threaten the identity nor raise the ire of the Pashtun tribes nor endanger Pakistan’s national security.” Scheuer wrote this year that “for the United States, the war in Afghanistan has been lost. By failing to recognize that the only achievable US mission in Afghanistan was to destroy the Taliban and al-Qaeda and their leaders and get out, Washington is now faced with fighting a protracted and growing insurgency. The only upside of this coming defeat is that it is a debacle of our own making. We are not being defeated by our enemies; we are in the midst of defeating ourselves.” [Marching Toward Hell, 2008]

The beginning of an alternative may require unfreezing American diplomacy towards Iran and considering a “grand bargain” instead. Teheran is the single power, according to CIA director Deutch, who could destabilize the US withdrawal from Iraq. It happens that they were America’s ally against Afghanistan not so long ago. The Iranians have lost thousands of police and soldiers themselves in a border war against Afghan drug lords. According to William Polk, “ironically, the only effective deterrent to the trade is Iran.” [Violent Politics, 2008] In exchange for security guarantees against a US-directed regime change, Iran may be willing to discuss cooperation with the “Great Satan” to stabilize its borders with Iraq and Afghanistan. Improbable? That depends on whether one thinks the alternative is unthinkable.

Only a short time ago, historically, the US was supporting the jihadists in the same tribal areas as they ventured to destroy the Soviet occupation. In the same years, the US was hosting the Taliban for talks on a possible oil pipeline across Afghanistan. Since twists and turns seem to be the only pattern in divide-and-conquer strategies, it is possible that Obama thinks being tough towards Afghanistan and Pakistan is a defensive cover for withdrawing from Iraq, and he later will follow up with unspecified diplomacy after he takes office. But history shows that creeping escalations create a momentum and constituency of their own. Obama might get lucky, lower the level of the visible wars, and embrace a diplomatic offensive. But North and South Waziristan could be his Bay of Pigs.

In summary, to borrow a popular phrase of the season, ending one war [Iraq] to start two more [in Afghanistan and Pakistan] seems to be a dumb idea.