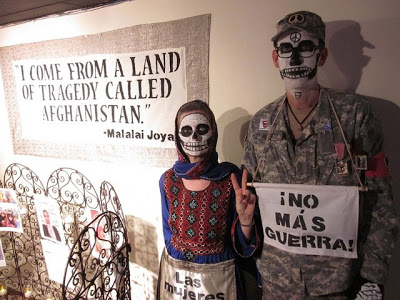 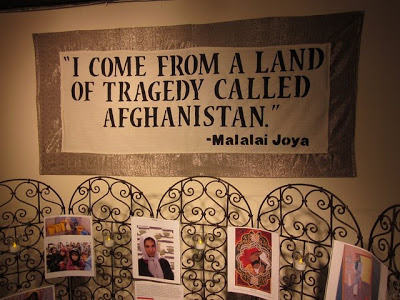 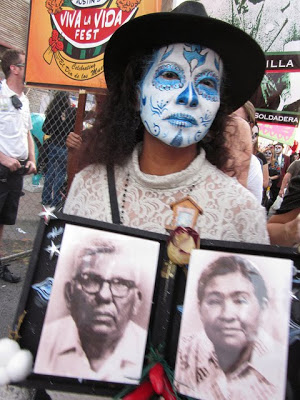 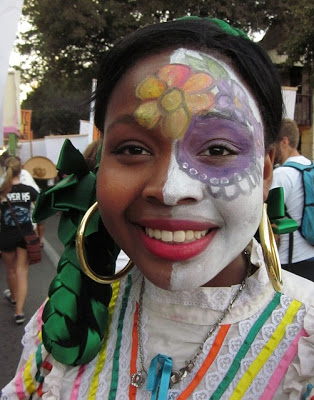 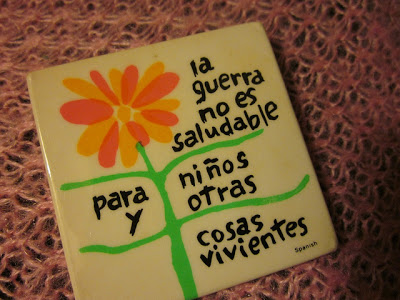 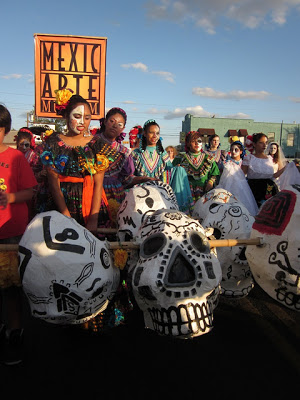 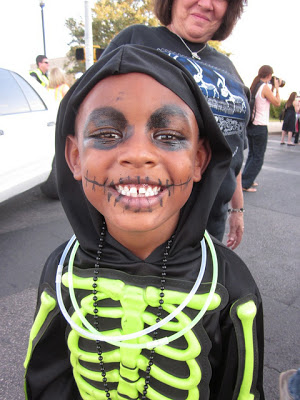 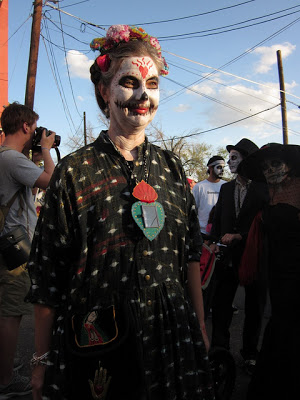 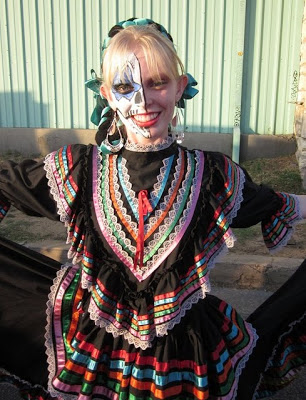 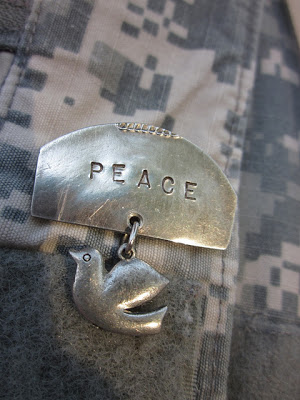 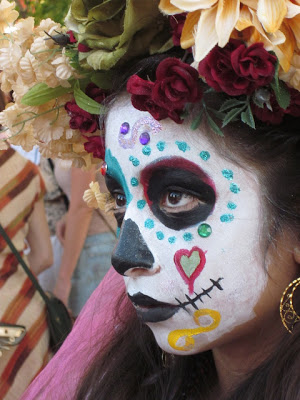 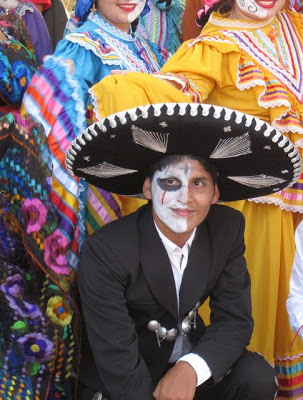 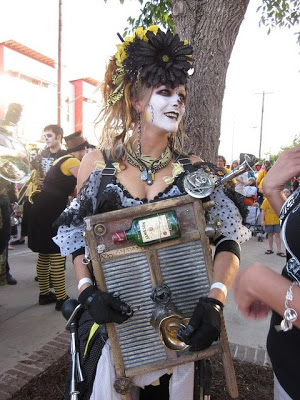 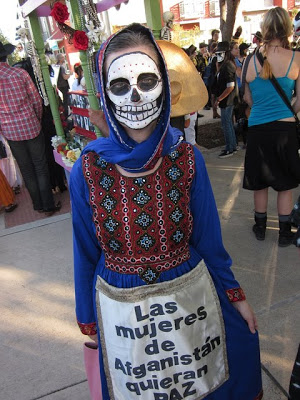 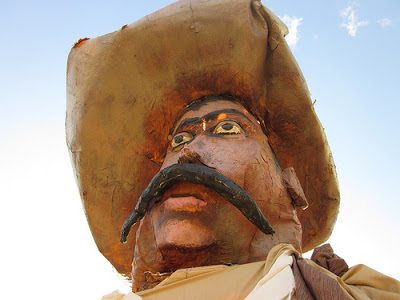 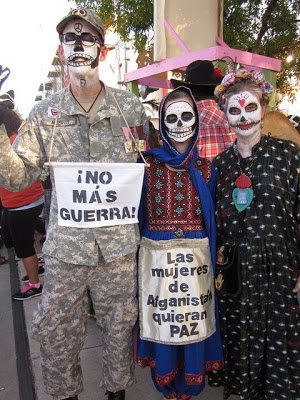 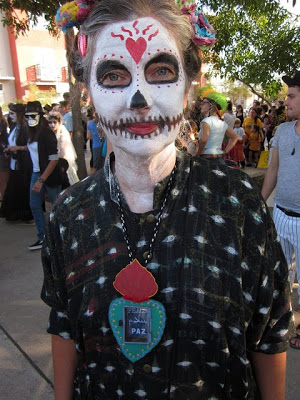 One of Austin’s most colorful events of the year is the Dia de los Muertos festival organized by the good folks at Austin’s Mexic-Arte Museum. For 28 years, the museum has hosted events to mark this indigenous occasion.

The Viva la Vida festival was held on Saturday, October 22 and included a beautiful and very lively procession from Saltillo Plaza in East Austin to the downtown museum at 5th and Congress. All ages were invited to paint and costume ourselves in skeleton regalia or in whatever ways we wished to commemorate our departed friends and ancestors while celebrating life in the moment.

Music, dance, art, food — the gifts of lif — were shared between the living and the dead, lifting the thin veil, helping us to remember.

For the past few years, several of us local CodePink Austin folks have participated in the procession and have created altars for the museum’s community altars exhibit. This year, because October marks the tenth anniversary of the beginning of the U.S. assault and occupation of Afghanistan, we dedicated our altar to the women and children in Afghanistan who have died as a consequence of the war.

For the procession, we also costumed ourselves with a peace/anti-war theme. As the procession made its way down Sixth Street toward the museum, crowds lined the route. Jim and Heidi Turpin, walking together as a dead U.S. soldier and dead Afghan woman, were an especially poignant sight, drawing much applause, a few frowns and many photographs.