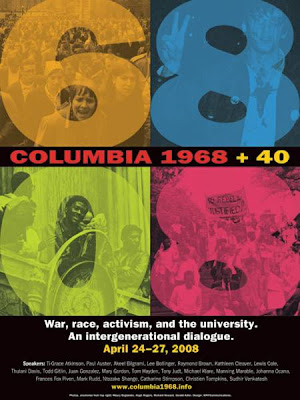 Progressive activists on the march, in April.
By Thomas Good / April 2, 2008

March was a very busy month for activists around the country, and April appears to be continuing this trend. Here is a preview of some upcoming events.

NEW YORK — Impeachment Action at Congressman Jerrold Nadler’s office.
On Thursday, April 3, from Noon to 1 p.m. local impeachment activists will be visiting the Manhattan office (201 Varick St.) of Congressman Jerrold Nadler. Congressman Nadler is Chairman of the U.S. House of Representatives Judiciary Committee’s Subcommittee on the Constitution, Civil Rights and Civil Liberties. It is there that H. Res. 333/799 (the bill to impeach Vice President Dick Cheney) now sits and Congressman Nadler has so far not signed on to it.

From the Staten Island Advance: In the five years since the war in Iraq began, groups of Staten Islanders have staged numerous protests to voice their frustration over what they see as a tragic foreign policy decision by the government.

To mark the fifth anniversary of what is increasingly an unpopular war, Peace Action of Staten Island will join with more than a dozen groups Saturday at First Central Baptist Church in Stapleton. {1}

[ NOTE: this announcement follows an article in the Marine Corps Times which states that, “The Defense Department has announced a new get-tough policy with colleges and universities that interfere with the work of military recruiters and Reserve Officer Training Corps programs.” {2} ]

NEW YORK — Columbia 1968 – 2008, a 40th Anniversary Event.
From the website: Columbia 1968 and the World, A 40th Anniversary Event – April 24 – 27, 2008. This spring marks the 40th anniversary of the 1968 student protests at Columbia University. A group of alumni participants, working with faculty and students, has developed a program for a three-day conference to reexamine those events from a wide range of viewpoints and in the context of what was happening in 1968 in the country and the world. The conference will provide a chance for people who lived through that period to reconnect, reconcile, and reflect. And it will engage current students in a discussion about issues of war, race, and the role of the university—issues that are still with us 40 years later. What follows is a preliminary schedule of events showing confirmed speakers. Unless otherwise noted, all sessions will be held at the Columbia Journalism School, 116th Street and Broadway. {3}

For more April Actions check out the NLN Event Calendar.

Next Left Notes / The Rag Blog