Alan Waldman : ‘Dalziel and Pascoe’ is a Dramatic Yet Funny Yorkshire Cop Series 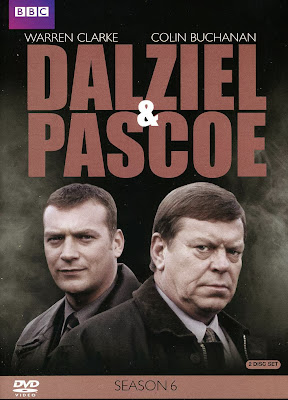 Andy is a very amusing character, for all his flaws.”Dalziel is a perfect pig” explains Clarke. “He’s vulgar, loud and rude, but he is in fact also a great humanitarian and he gets very good results.”

The two coppers are complete opposites: different backgrounds, different beliefs, and different styles. They frequently get on each other’s nerves or are embarrassed by each other. Yet their differences make them a stunningly brilliant crime-solving team.

All the first three seasons’ episodes and the first two stories of Season Four are entirely based on the novels of Reginald Hill, winner of the 1995 Crime Writers’ Association Diamond Dagger for Lifetime Achievement. The remaining episodes were penned by 29 other writers, including Tony McHale — the driving force behind immensely popular evening soap Eastenders — and Alan Plater, writer of 80 films and TV episodes, including the excellent Inspector Lewis.

Dalziel: Did you find any drugs?

Detective constable Seymour: No one mentioned anything about looking for drugs.

Dalziel: No one mentioned anything about Barbary apes, but if you’d seen a couple of them fornicating on the kitchen table, likely you’d have mentioned it.