Read the latest on the Space City! project. 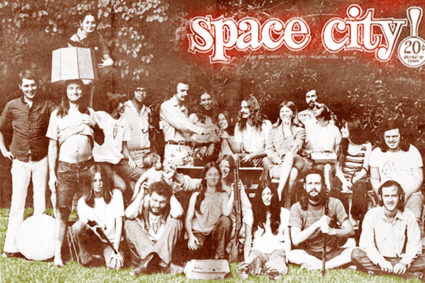 The Space City! project is moving forward and you can contribute at this site.

We’ve assembled a collection of 103 of the 106 issues of Space City! during its run from June 5, 1969 to August 3, 1972. They will soon be shipped to an Internet Archive site in Indiana to be scanned.

Digital images will be available on the Internet Archive and added to Independent Voices, the online collection of alternative newspapers where The Rag can be found as well.

Under the auspices of the New Journalism Project, a 501(c)(3) non-profit, we have created a GoFundMe site to raise money for the shipping, digitization, and addition of metadata to the images. Once we’ve completed the first stage of this project, we have more plans: a reunion, a book similar to NJP’s Celebrating the Rag, perhaps a documentary film. For now, we are focused on digitizing.

Four of the early members of the Space City! collective are working on this project, Thorne Dreyer, Sherwood Bishop, Judy Gitlin, and Cam Duncan. Thorne and Judy were also founders of Austin’s The Rag.

We are particularly grateful that Sherwood Bishop and Dennis Fitzgerald’s family held on to private collections. Librarians at the Houston Public Library and the University of Houston have helped as well. Both libraries own paper collections and have access to microfilm images, but no one has digital images.

Online access to digital images is a game changer for researchers and activists. Optimal Character Recognition (OCR) software now enables scanned documents to be converted into text-searchable files. Getting Space City! digitized is half the battle in preserving this important Texas history for future generations.

We now have all but three of the newspapers ready to ship. We are still missing the following:

If, by chance, you have any of these issues or if you would like to be involved in the Space City! project, please contact Thorne Dreyer or Alice Embree at editor@theragblog.com.

You can view the Space City! covers that we have assembled on Flickr.com. These are photos by phone, not quality scans, but they provide an interesting detour down memory lane.

In preparation for a book to be published next year, we are reviewing what authors said about Space City!. Laurence Leamer’s The Paper Revolutionaries: The Rise of the Underground Press, published in 1972, focuses on the paper while it was still publishing. A second book, Insider Histories of the Vietnam Era Underground Press, Part I, is edited by Ken Wachsberger. Published in 2011, it features a lengthy retrospective by SC! collective member Victoria Smith. 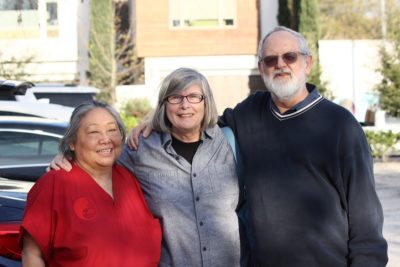 Also, we have a transcript of Space City Blues, a radio documentary aired by KPFT, Houston’s Pacifica radio station, in 1970. It was produced by Mitchell Green and Gary Thiher. The text can be found in the KPFT folio, January 20–February 8, 1970. KPFT’s transmitter had been bombed in 1970. Arlo Guthrie’s anti-draft song, “Alice’s Restaurant,” was playing when the radio went silent.

Staff members at Space City! are interviewed about the ongoing repression and vigilante violence occurring at their offices. The bombing at KPFT and attempted bombing and shootings at Space City! occurred in in a year marked by violence in Houston. On July 27, 1970, Houston black activist Carl Hampton was assassinated by Houston police.

And we are gathering more writing about and historical materials related to Space City!

KPFT, which survived a second bombing of their transmitter,  just celebrated a 50th anniversary in Houston. New Journalism Project board members, Thorne Dreyer, cindy soo, and I, went to the KPFT gala. We were also able to meet with people interested in the Space City! project.

Assuming we are not all sheltering in place due to the Coronavirus, the New Journalism Project plans to have a fundraiser for this project at Austin Museum of Popular Culture, 6416 North Lamar Blvd, Austin, TX 78752 on Sunday, 2-5 p.m., May 3, 2020. Mark your calendars. We’ll have Space City! coffee mugs and other items on sale to benefit the preservation efforts.

But, don’t wait until then to make your tax deductible donation here.