Another Episode of Daily Life in Iraq 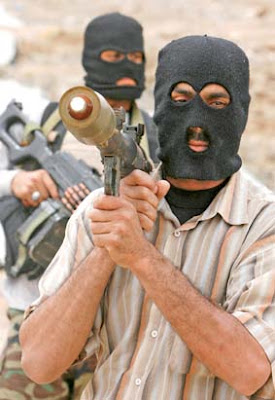 The Times of Baghdad reports in Arabic that clashes continued on Friday between Iraqi government forces and the Mahdi Army in Baghdad and the provinces of the middle Euphrates and the south, causing hundreds of casualties, including among women, children and the elderly. The fighting also did damage to Iraq’s infrastructure, as well as to oil facilities and pipelines, damage that might run into the billions of dollars.

The US got drawn into the fighting on Friday. US planes bombed alleged Mahdi Army positions both in Basra and in Sadr City in Baghdad (as well as in Kadhimiya). Kadhimiya is a major Shiite shrine neighborhood in northwest Baghdad, and the spectacle of the US bombing it is very unlikely to win Washington any friends among Iraqi Shiites.

Despite the US intervention, government troops were unable to pierce Mahdi Army defenses or over-run their positions.

Al-Zaman says that the police force in Basra suffered numerous mutinies and instances of insubordination, with policemen refusing to fire on the Mahdi Army. The government response was to undertake a widespread purge of disloyal elements.

[Hmm. I wonder where fired policemen with combat training and guns could find another job . . . Maybe with the Mahdi Army?]

The Mahdi Army opened a number of new fronts in the fighting, in Nasiriya, Karbala, Hilla, and Diwaniya, as a means of reducing the pressure on its fighters in the holy city of Karbala. Local medical officials reported 36 dead in the fighting in Nasiriya.

The Mahdi Army used its position near Nasiriya to attack government troops attempting to go south to join the effort in Basra, and is said to have inflicted substantial casualties on them.

In the meantime, Prime Minister Nuri al-Maliki called for a decisive military victory and rejected calls by southern tribal sheikhs and a large number of Shiite ayatollahs for him to engage in dialogue and negotiation in order to reach a ceasefire and to save civilians who are threatened with a humanitarian catastrophe from shortages of water and food, as well as lack of medical care.

At the same time, Al-Zaman maintains, the Sadrists stipulated that al-Maliki and his brother-in-law, who heads the emergency forces that have been sent down to Basra from Baghdad and Basra, must withdraw.

The Iraqi minister of defense, Abdul Qadir Jasim, admitted in a news conference in Basra that the militiamen had taken the Iraqi security forces off guard. He added that the Iraqi government had expected this operation to be routine, but was surprised at the level of resistance, and was forced to change its plans and tactics.

Minister of Foreign Affairs Hoshyar Zebari said that the government intends to defeat the Sadrists, but said he did not know how long the endeavor would take.

The attempt of parliament to meet and take up the issue of the battle with the Mahdi Army failed when the federal legislature could not muster a quorum. The session then turned into a mere discussion session. Al-Hayat, writing in Arabic, says that one reason that parliament could not get a quorum was that the Kurdistan Alliance and the United Iraqi Alliance (Shiite) support al-Maliki and boycotted the session.

The tableau above is tragicomic. The Iraqi security forces haven’t even begun to take key Mahdi Army territory in Basra, and in fact have been rebuffed. The Mahdi Army claims to have captured heavy arms and even Iraqi soldiers from the government. The minister of defense admits that Baghdad was surprised at the level of resistance to the campaign. (After the spring of 2004? Why?) The British contingent of 4,000 troops out at the airport is not getting involved, raising questions as to what they are doing there.