Another Piece of What Iraq Was Really About 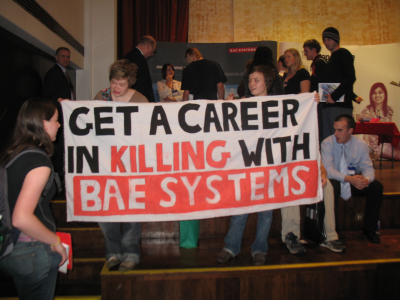 WASHINGTON — The Pentagon said Friday it has notified Congress of proposed military sales to Iraq valued at more than nine billion dollars, including helicopters, tanks and armored vehicles.

The biggest proposed sale was for 392 Light Armored Vehicles, radios and anti-tank weapons at an estimated cost of three billion dollars, the Defense Security and Cooperation Agency said.

It was valued at 2.16 billion dollars.

Another proposed sale involved technical assistance in the construction of garrisons, training areas and operational facilities for the Iraqi security forces.

“The total value, if all options are exercised, could be as high as 1.6 billion dollars,” the DSCA said.

On Monday, the DSCA announced a possible contract to sell Iraq six C-130J aircraft, with engines and other equipment, which it said was worth 1.5 billion dollars if all options were exercised.

This entry was posted in RagBlog and tagged Iraq, Militarism, Monopoly Capitalism. Bookmark the permalink.

1 Response to Another Piece of What Iraq Was Really About