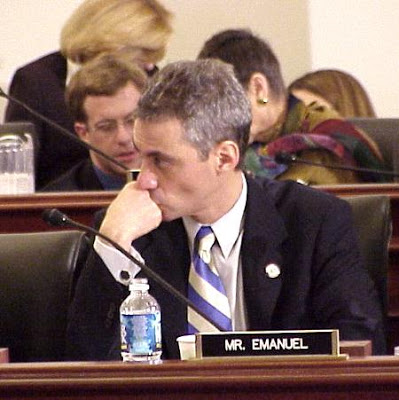 Shabaan Abdel Raheem is a popular Egyptian singer who has developed a style inherited from the musicians of the Egyptian countryside. Abdel Raheem worked as a dry cleaner for many years while keeping his talents for the entertainment of his local neighbourhood. Now his songs are heard across Egypt and the Arab world. He sings about important issues that touch the hearts of the Arab people and many admire him for his openness.

He has sung about Israel, the Palestinian occupation and the Iraq war, and he now sings about Barack Obama. The lyrics of this enthralling song about the next President of the United States echo the way the Arab world relates to Obama’s presidency. Here is a small sample:

What will Obama do
with the catastrophe of Bush and his father?
Let’s not start our wishful
dreaming,
In case the dream will turn into
a nightmare

Before the US elections, the majority of Arabs were vigorously supporting Obama, putting a lot of faith in his ability to help to resolve the situation in Iraq and mediating between the Arabs and Israelis. This desperate hope derives from disappointing past experiences that have led Arabs to believe that the US, for a number of reasons, will side with the Israelis.

The fact that Obama comes from a minority race that has suffered much throughout US history was enough for Arabs to believe that he would be different. Yet hope turned to widespread shock and disappointment when Obama announced his support for Jerusalem as the capital of Israel.

Among Arab intellectuals, however, it was common knowledge that the would-be President needed to display a fair amount of support to Israel to secure the votes of the American Jewish community – and an overwhelming number did indeed vote for him: 78 per cent.

Now the Arab public is divided into a dozen or more schools of thought about Obama. The main group belong to those who believe that no American government is ever likely to show fairness towards the Arabs in their conflict with Israel.

After the election, this group has started to become even more pessimistic. They believe that it is better to deal with a clear enemy out in the open rather than a disguised, hidden foe – and Obama they identify as one of the latter. Their negativity increased when the President-elect chose Rahm Emanuel, his Jewish friend, as his chief of staff in the White House.

Emanuel has strong personal and family links with Israel, which leads this group to believe that the Obama White House is likely to be more supportive of the Israelis than even the Bush administration. These suspicions will only increase if Obama appoints other Jews to senior positions on his staff. After past disappointing experiences with Henry Kissinger, Dennis Ross and Madeleine Albright, many Arabs are now expecting the worst from Emanuel.

Another significant section of Arab intellectuals believe that Obama is different from all his predecessors. His career and his political history have shown him to be a fair man; a man of ideals and vision. These people feel that his treatment of the Palestinian and Iraqi issues could be based on developing negotiations and the implementation of United Nations resolutions.

Surprisingly, some of these intellectuals are Palestinian, who would normally be expected to take a strong stand against any American initiatives. Yet they are relatively few in comparison with those who have strong doubts about Obama’s future leadership and expect him to take the same positions as George Bush in his early days in the White House.

Finally, there are another three distinct groups worth mentioning. These three have the conviction that there is no chance that the United States will take a neutral stand and encourage a fair settlement between Arabs and Israelis – especially when it comes towards Palestinian rights, both in the struggle to make Jerusalem their capital and also in the return of refugees to their homeland.

One of the three groups is the Islamic fundamentalists of Hamas, al Qa’eda and the Muslim Brotherhood, who persist in their struggle to establish an Islamic caliphate. Such groups would never accept any deal coming from America – even if it were to adopt their strategy and plans.

The second group is made up of that large number of partially educated Arabs who have learnt what little they know through television stations such as Al Jazeera and the like. Such channels have already inflamed the tempers of millions of Arabs by the violence and bloodshed they have shown, and by the radical viewpoints that they broadcast. These people will not believe that Obama will be the kind of hero that they crave.

The third group is those who take the silent position, always subdued and lacking the courage to stand against the extremists. In times of crisis, they are likely to side with the radicals.

Despite this predominantly gloomy survey of Arab thinking, there is still one small glimmer of hope – and that comes from the Israelis. Signs are emerging of an increasing willingness by Israeli officials to accept Arab initiatives and come to a compromise with all Arab countries in one wide-reaching agreement. Here lies a way to a more peaceful future…

Dr Hasan Qayed al Subaihi is an assistant professor of Mass Communication at the UAE University.

1 Response to Arabs Are Skeptical Since Obama Appointed Rahm