Biodiversity and Global Change : Carbon in the Soil 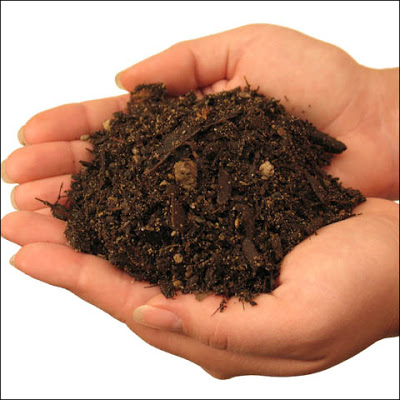 Nearly 300 soil scientists from 33 countries gathered last week in Colorado Springs, Colorado, for the second International Symposium on Soil Organic Dynamics under the theme “Land Use, Management and Global Change.”

I presented a poster on the Rodale Institute’s research on soil carbon and nitrogen mineralization potential in our Farming Systems Trial (FST) and soaked up all the knowledge I could.

This estimate just increased significantly in a recent publication in Global Biogeochemical Cycles where the authors reported that carbon stocks in peat soils are much larger than previously understood. That makes soil the largest actively cycling pool of carbon — more than quadruple the amount of carbon in vegetation and more than triple that in the atmosphere.

In an era where rising concentrations of atmospheric carbon are threatening global climate function, ecosystem stability and agricultural productivity, the sheer size of the soil carbon pool makes it imperative that we learn more about the pool’s dynamics.

Highlights from the remarks of the event’s leading presenters illustrate the profound ways that soil dynamics and the variations in soil capacities impact individuals, communities and nations.

Abad Chabbi, host of the first symposium on these topics in France two years ago, protested that the clear challenges addressed in 2007 persist today, including:

Gary “Pete” Peterson emphasized that organic matter is the essence of soil health and quality, railing against the destructive wheat-fallow system that brought SOM levels in eastern Colorado from 2.5 percent to less than 1 percent. To Peterson, 14 month fallows make no sense, while alternative systems that increase biomass inputs through improved rotation intensity and complexity generate multi-faceted improvements in soil.

Testifying to water scarcity in Colorado and the value of improving soil water retention, this reservoir was created by piping water hundreds of miles through the Rocky Mountains.

He pointed out that increasing biomass:

Finally, Eldor Paul, the grandfather of soil science himself, rose to deliver the keynote. A highly esteemed scientist who has published thousands of articles and books over the last century, Paul is a man who scorns retirement and still fells his own lumber on his Colorado ranch.

Brusquely addressing the international audience of soil science leaders, he reviewed the last 200 years of soil organic matter research and turned quickly to outlining the community’s objectives for 2030. Actually, the way Eldor laid it out, they were less objectives and more assignments; tasks that must be completed by 2030, no excuses.

First and foremost, he charged his peers with figuring out “this soil carbon sequestration thing.” He admitted that he had thought the issue had already been figured out, although now his confidence has been eroded by poor consistency within the field in the way data were collected and reported.

Future monitoring and reporting must be much more precise with the terms of estimates like soil carbon pool’s mean residence time reported relative to the experiment’s length, or the necessity that the uncertainty of any and all estimates of soil carbon change (measured or modeled) be clearly stated.

After paying due respect to carbon, which Paul acknowledged as, “What’s paying all our salaries,” he concluded that “nitrogen is what actually deserves more attention in the long run.”

Over the next four days through some 120 presentations, eight poster sessions, coffee breaks, tea times and social dinners, the leaders in this field set about offering their answers and posing new questions relative to these challenges.

To me, the most exciting talks came at the “land use, management and global change” workshop where we dealt with consideration of principles of ecosystem function, such as biodiversity, as well as needs for nutritious food and renewable energy.

To that end I’ll stick to a couple inspirational and exciting talks that covered those issues. Finally, I will offer a brief overview of the advances in soil carbon measurement and change detection that several research groups have worked to develop.

Coming from Rodale, where researchers and farmers have toiled for more than 60 years to demonstrate the potential for organic systems to achieve improvements in soil health and quality, it was heartening to see long-term organic research from around the world that chronicled similar achievements in soil through organic methods.

Compost in Korea: From Korea, Dr. Chang Hoon Lee, reported on 40 years of rice research where mineral fertilizer and compost approaches to soil fertility were compared. Although compost alone had a 12-year lag time to catch build up to conventionally fertilized yields, the compost alone and compost plus reduced NPK treatments both supported significant improvements in soil microbial health, soil organic matter and rice productivity in the long term.

Czech pasture biodiversity: Perhaps most inspiring was Dr. Borivoj Sarapatka’s report on the carbon sequestration and biodiversity of organic pastures in the Czech Republic.

In that nation there has been huge growth in organic farming since 1991, when there was essentially none. Today, more than 10 percent of the total agricultural area is organically managed, according to the latest census. A large part of that growth has happened in pastures.

Sarapatka characterized those pastures by the level of plant biodiversity along a spectrum from “newly established pastures” with 16 plant species on average to “semi-natural grasslands” with 33 or more plant species. He studied 44 characteristics of those communities, and discovered some astounding differences.

Amazingly, the more biodiversity in a pasture, the more carbon Sarapatka found in the soil. The most species-rich grasslands had roughly double the carbon of their species-poor counterparts. How fabulous! He identified yet another co-solution inherent to maturing, biologically managed agricultural systems: improving biodiversity while producing organic food also sequesters carbon.

Polycultures in Michigan: Finally, Dr. G. Phil Robertson of the W.K. Kellogg Biological Station in Michigan reported on the potential of biodiverse perennial polycultures to meet the United State’s mandated biofuel needs of the future. Thanks to the U.S. Energy and Policy Act of 2007, the United States must develop the capacity to generate 21 billion gallons of cellulosic ethanol (or “advanced biofuels”).

Robertson posited, “…we know there are right and wrong ways to deploy and manage the systems that will provide this biomass. Wrong approaches amplify the current shortcomings of intensive grain-based agriculture.”

Lastly, numerous researchers reported on optical soil-carbon sampling techniques from mid-infrared to near-infrared that allow 10-fold increases in soil carbon sampling intensity. These advances allow quantification of soil-carbon levels with much greater confidence that will, in turn, allow us to determine soil carbon change much sooner than we can now.

Based on what we’ve learned in 60 years of looking at how farmed soils respond to biologically based farming techniques, we hope that these technical advances in C measurement will allow carbon-offset payments based on measured sequestration rather than estimates from practices alone. After my week in Colorado with the world’s soil inquisitors, I have great confidence in this possibility.

[Alison Grantham is research director at the Rodale Institute.]

Thanks to Richard D. Jehn / The Rag Blog

2 Responses to Biodiversity and Global Change : Carbon in the Soil