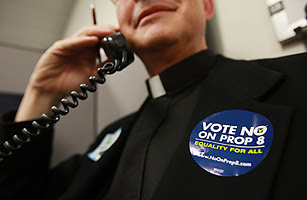 1 Response to Blackmail in California : Businesses Warned Against Support of Gay Rights