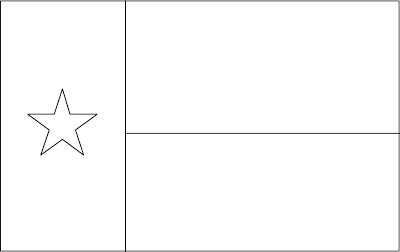 AUSTIN — Back in February, at a rally protesting anti-immigrant legislation, State Rep. Lon Burnam raised some eyebrows by letting loose with the “R” word. “You are here,” he told the crowd at the Capitol, “to say no to the most racist session of the Texas Legislature in a quarter of a century.”

The Fort Worth Democrat had in mind such bills as Voter ID, which suppresses minority votes, and “Sanctuary City” legislation, which would legalize racial profiling. It had been decades, Burnam argued, since so many laws were aimed at putting non-whites, you know, in their place.

“All of this legislation is really directed that way,” he said. “Everybody knows it.”

I can only pick one bone with Burnam: Sadly, tragically, everybody doesn’t know it. More than out-and-out racism — more than pure hatred, or a determination to subjugate non-whites — what afflicts the majority of our conservative lawmakers is a form of willful race-blindness. It’s that stubborn old “unconscious habit” of white supremacy, as W.E.B. DuBois called it.

Rather than hating other races, the great black scholar and activist wrote in 1930, white people more often unconsciously — and fiercely — hold onto their privileges because of the psychological and economic benefits they get from them.

“I began to realize that in the fight against race prejudice, we were not facing simply the rational, conscious determination of white folk to oppress us,” DuBois wrote, “we were facing age-long complexities sunk now largely to unconscious habit and irrational urge.”

Eighty years later, those urges and habits take different forms. White supremacy is no longer enforced by legal segregation and red-lining, cross-burnings and attack dogs. It’s now perpetuated by the right-wing mania for tax-cutting and government-shrinking.

This is a subtler, less overt form of discrimination, which makes it harder to recognize and tougher to combat. And there is no purer, or more pernicious, model for this 21st-century white supremacy than the state budgets passed this spring by the Texas House and Senate.

Both chambers have approved radical, no-new-taxes budgets that take billions from public schools, Medicaid, and social programs of every description. The House and Senate still have to reconcile their differences, perhaps in a special session this summer. But even if the Senate’s more “generous” budget wins the day — it cuts only $4 billion from schools and merely $3 billion from Medicaid — one thing’s for certain: The budget will perpetuate white privilege in Texas far more effectively than any racial-profiling law, however despicable, could ever do. It will make one of the nation’s most inequitable states the most inequitable. (Eat our dust, Mississippi!)

Am I saying it too strongly? Afraid not. Consider just a few ugly facts. The poverty rate among both African-American and Hispanic Texans is already three times that of Anglos. Drowning public education and health care in Grover Norquist’s bathtub will inevitably widen that obscene gap.

Educational disparities in Texas are already staggering: According to the National Center for Higher Education Management Systems, only 13 percent of Hispanic adults in Texas have college degrees, while 40 percent of Anglos do. Does anybody imagine that gap will close, now that funds for public education and higher education are being cut?

I’m not suggesting anything conspiratorial here — Heaven forbid! — but it does seem mighty suspicious that school funding is being decimated at a time when Texas schools are “browning” at a rapid pace. In the last decade, Hispanic enrollment in public schools jumped by 50 percent, with 775,000 more students. Meanwhile, 6 percent fewer Anglo students are enrolled, as well-off whites opt for private schools.

Why is public-school funding less of a priority for Anglo legislators nowadays? You do the math.

So why are Anglo legislators hell-bent on decimating Medicaid? Here again, you can do the math.

In the end, it doesn’t really matter whether our lawmakers are motivated by blatant prejudice or “unconscious habit.” The toll that their slash-and-burn budget will take on Hispanics and African Americans is clear. It’s horrifying. It’s unconscionable. And it will, eventually, wreak economic disaster on the entire state, with millions more poorly educated, unhealthy citizens.

That’s why the budget must be recognized, and called out loud and clear, for what it is: white supremacy masquerading as economic conservatism

[Bob Moser is editor of The Texas Observer, where this article was first published. A native North Carolinian, he edited the Independent Weekly before being named a Knight Fellow at Stanford University. Bob has been a senior writer for the Southern Poverty Law Center and a senior editor at The Nation. He’s the author of Blue Dixie: Awakening the South’s Democratic Majority.]