Bob Simmons :
FILM | Scarlett Johansson gets ‘Under the Skin’ (Ouch!)

What a muddled mess this movie is. It gives you the same feeling you might get while watching a drunk trying to cross an icy street. 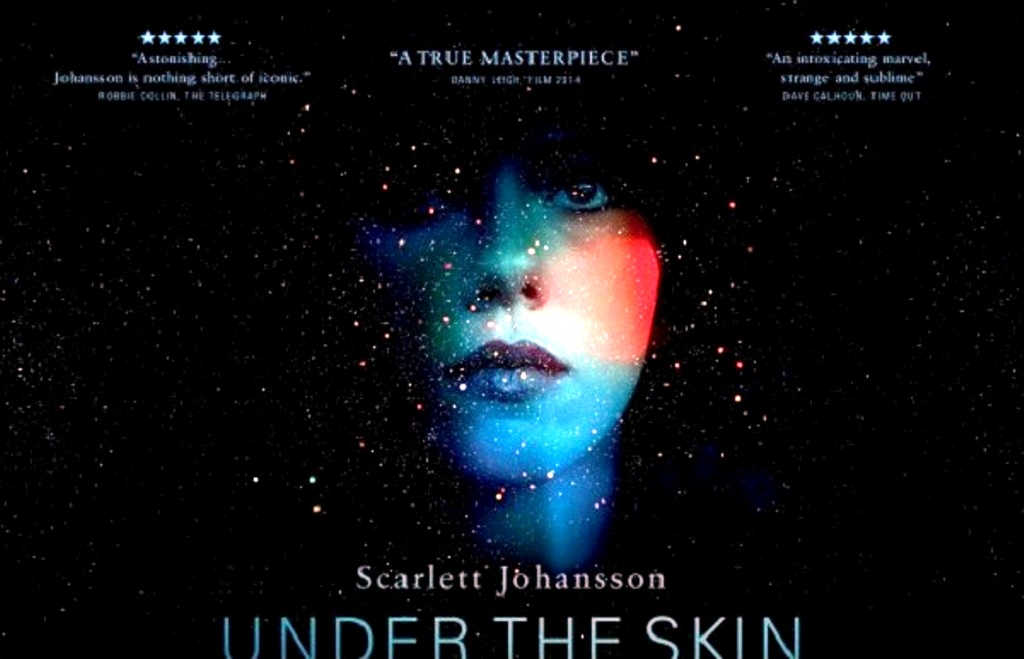 Under the Skin: Even painful to look at.

I’m not sure a movie could be more appropriately named than Under the Skin. This thing will get under your skin while watching and make you wish to excise it before the credits roll. I found it painful to even look at, like a splinter under the skin. Please rid me of this foreign body.

One thing though, I did realize while leaning into a glass of sauvignon blanc at the Alamo Drafthouse, everyone wants to kiss Scarlett Johansson. There is something about the fullness of the lips, her vulnerable eyes. Man, woman, the family dog, we all want to kiss her, even when she is a heartless alien stalking hapless Scottish men on the streets of Edinburg like the Green River Killer or any other garden variety serial murderer.

But what a muddled mess this movie is. It gives you the same feeling you might get while watching a drunk trying to cross an icy street. You can feel the writer-director Jonathan Glazer uncertainly trying to find the next logical dramatic device to hang his Vogue Magazine cinematography on.

Oh, and gorgeously shot it is. Deep saturated colors under an overcast sky. Murky lanes with zoomy motorcycle shots lifted straight out of The Girl with the Dragon Tattoo. I don’t think I saw an original moment in the film. Wait! I exaggerate. The part where the unsuspecting abductees go swimming in some liquid that strips their bodies out of their skins was plenty darned creepy. And above them, like some Cretaceous critter dancing on the top of the La Brea Tar Pit, prances the nude Scarlett Johansson. Spoiler alert. Oh, too late.

If you came for the nudity, you’re going to be disappointed there too.

You know folks, she’s OK I guess, but her physique is just not that spectacular. If you came for the nudity, you’re going to be disappointed there too.

Spoiler alert, hell! I’m going to do what I can to get you to save your money. Stay away in droves, please. This is one of those movies that make people like me actively angry. I’m not bored. I’m pissed off. I feel like I just walked out of a fixed poker game where the cynical and rather stupid game hosts are laughing at the marks that came in to play. This movie made me as mad as some piece of Eurotrash “art” like Lars Von Trier’s Antichrist. You just want to hunt down the directors and hit them with a nine iron until they agree to go back to film school.

I know, I sound like a man who has been betrayed. A man without gruntles. Like a plastic surgeon raging at the divorce court — who has just given half of everything he owns to a faithless gold-digging wife who stands smirking at him from behind her lawyers. But I feel cheated. 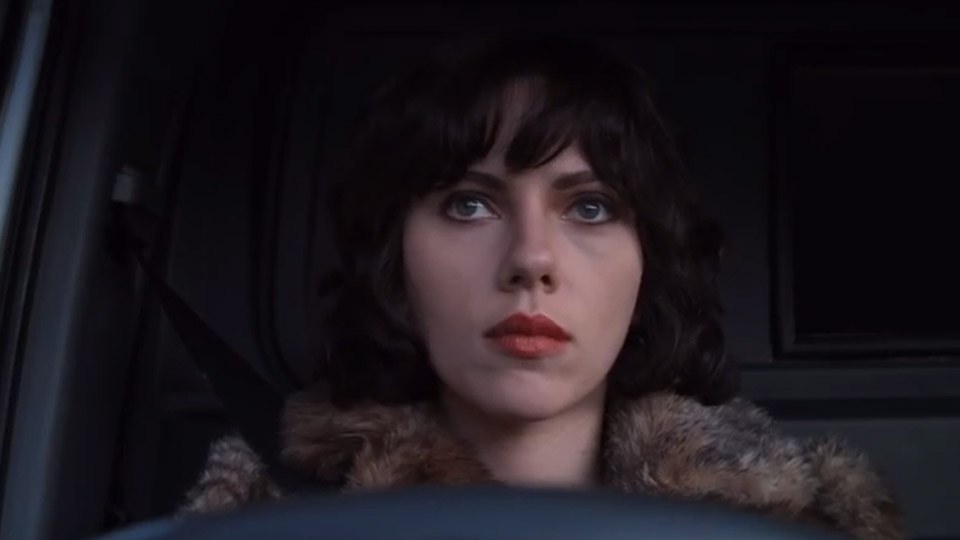 But then, there are those kissable lips.

There is supposed to be a bargain when you go to the movies. You put up your money thinking that there is a director and his backers who have worked like demons to put an artful mélange of elements on a screen to help you, the audience, to escape into a constructed dream world that will free you from your own quotidian ennui for at least 90 minutes or so. It makes you feel like the poor fellow in the Monty Python skit when you find you have just come in and plopped down for 90 minutes of abuse, trickery, and a true disregard for the intelligence of the audience.

I could fume on, and maybe I will.

Some critics have marveled at the flatness of affect of Scarlett’s acting. Wow. What a directorial moment! OK, get in the car and drive. Don’t act. Don’t do anything, just drive. When you are picking up men, just read your lines. Think you can handle that? If I were Scarlett’s people I would be contemplating a lawsuit for damaging her future marketability as a sex icon or “world’s sexiest woman.” Wait, I’ve found an even less flattering angle. “You game, Scarlett?”

One of the other irritating things about this exercise in advanced goofy magazine photography are the recurring murder scenes where Scarlett, the vixen extraterrestrial, lures the working class Lotharios into the pool of doom. Each sequence is exactly the same. “Ohhhh, nooo. Laddie don’tya gae inta the muck wit the lass, it’ll be yer last gasp.” It’s more repetitious than a goddam Philip Glass score, you’ll be itchin’ to hit the fast forward button for sure.

No ripoff reprise movie like this would be complete without the requisite psychedelic sequence.

And no ripoff reprise movie like this would be complete without the requisite psychedelic sequence in a decadent local rave joint complete with house music and soccer hooligans. You know. Talk about your Icky Thump.

I suspect Glazer is going to make some lame comments at festivals about “surrealism” and “symbolic narrative,” but if you want real surrealism, stick with Luis Buñuel. Incoherence masked with pretty long-lens photography and creepy old wet woods that remind you of something out of Swamp Thing just don’t cut it with me, or anyone else that I might respect.

As a final spoil, spoil, spoil, don’t go don’t go comment, there is a rape scene at the end that is pretty funny as the critter living inside the Scarlett Johansson suit is revealed to be Uncle Remus’ tar baby. The tar baby thing can’t seem to figure out what to do next. They never had that problem in any version of Invasion of the Body Snatchers.

Overall, the movie has more untied ends than Raggedy Ann’s hairdo. What are the space farmers doing with the bodies they are snatching? If they’re from space how come they have to ride motorcycles? How can they control the underworld (and where is that place anyway?) and still have to drive around in cars. Where did all those funny lights come from? Oooh plot indecision point? No problem, insert a funny glowy light thing.

If you go, and you like this movie. please hie thee to a remedial literature class or a psychiatrist. Meanwhile, I’m doing a Kickstarter program to raise money for a class action suit against Hollywood for fraud. I plan to go after Glazer and Lars Von Trier first. Anyone want to chip in?

Find articles and videos by Bob Simmons on The Rag Blog.

[Bob Simmons has a storied career in radio, where he was a pioneer in the underground format in the ’60s and ’70s, and has been a producer and personality at legendary stations in places like San Francisco, Austin, and Portland. Simmons also has been an oil biz entrepreneur, voice talent, construction worker, videographer, newspaper publisher,  writer, and sports editor.]

2 Responses to Bob Simmons :
FILM | Scarlett Johansson gets ‘Under the Skin’ (Ouch!)