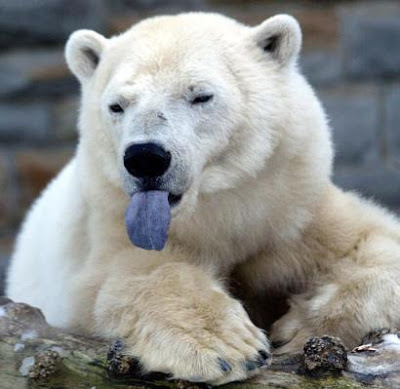 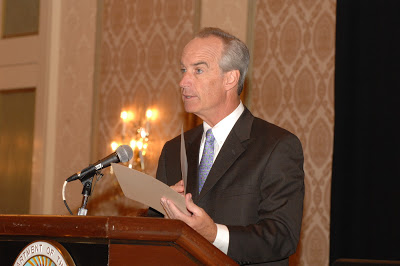 ‘To finally admit that the science compels the listing of the polar bear as threatened due to global warming, but then deny it the protections the Endangered Species Act should provide is nothing other than irresponsible and shameful.’ — Defenders of Wildlife’s Jamie Rappaport Clark.

WASHINGTON – The U.S. Fish and Wildlife Service (FWS) announced today that it will deny the polar bear the appropriate and necessary protections of the Endangered Species Act (ESA).

“This rule makes a mockery of the Endangered Species Act, our nation’s most important wildlife protection law,” said Defenders of Wildlife executive vice president, Jamie Rappaport Clark. “The polar bear doesn’t have time for political maneuvers. Its habitat is melting away, its food is becoming scarce and the science is clear that the cause is global warming – yet the rule this administration released today affirms that little will be done to save the species from sure extinction.”

Defenders of Wildlife has already filed suit in federal court contesting the legality of a previous, “interim final” version of this rule, and will challenge this new final rule as well to ensure that the polar bear, which was listed as “threatened” under the ESA on May 14, 2008 receives the full protections that other species receive under the ESA.

“We are forced to challenge this rule because it denies vital protections to the polar bear that it needs to survive,” said Clark.

Listing polar bears as threatened should help protect polar bear habitat from threats such as oil and gas development, which the Bush administration is aggressively pursuing in the Chukchi Sea north of Alaska and has even proposed in the pristine Arctic National Wildlife Refuge, which provides the primary land denning habitat for the species. Instead, the administration has made it clear with its 4(d) rule that the ESA will not provide any additional protections from these and other harmful activities than those that already exist under the Marine Mammal Protection Act (MMPA), and will provide no protection whatsoever against emissions of greenhouse gases that are causing the rise in global temperatures that directly threaten the polar bear.

Specifically, the 4(d) rule eliminates some of the necessary protections for the polar bear and its habitat under the ESA, based on the incorrect assertion that the polar bear is already adequately protected under other laws, such as the MMPA. Furthermore, the rule states that the ESA’s protections against “incidental take” – death or harm to polar bears caused by human activities such as oil and gas development – do not apply at all if those activities occur outside of Alaska.

“It’s really not surprising that the Bush administration, with its longstanding resistance to taking any responsible action against global warming, would think of a stunt like this in its waning days in office” said Clark. “To finally admit that the science compels the listing of the polar bear as threatened due to global warming, but then deny it the protections the Endangered Species Act should provide is nothing other than irresponsible and shameful.”

The polar bear is the largest of the world’s bear species and is distributed among nineteen Arctic subpopulations – two of which, the Chukchi and the Southern Beaufort Sea populations, are located within the United States.

Polar bears are threatened with extinction from global warming, which is melting the Arctic sea ice where polar bears hunt for ringed and bearded seals, their primary food source.

The U.S. Geological Survey published a series of reports predicting that loss of summer sea ice—crucial habitat for polar bears—could lead to the demise of two-thirds of the world’s polar bears by mid-century, including all of Alaska’s polar bears.

The changes, which will go into effect in about 30 days, were completed in just four months. But they could take Obama much longer to reverse.

They will eliminate some of the mandatory, independent reviews that government scientists have performed for 35 years on dams, power plants, timber sales and other projects, a step that developers and other federal agencies have blamed for delays and cost increases.

The rules also prohibit federal agencies from evaluating the effect on endangered species and the places they live from a project’s contribution to increased global warming.

Interior Department officials described the changes as “narrow”, but environmentalists saw them as eroding the protections for endangered species.

Interior officials said federal agencies could still seek the expertise of federal wildlife biologists on a voluntary basis, and that other parts of the law will ensure that species are protected.

“Nothing in this regulation relieves a federal agency of its responsibilities to ensure that species are not harmed,” said Interior Secretary Dirk Kempthorne in a conference call with reporters.

Current rules require biologists in the Fish and Wildlife Service and National Marine Fisheries Service to sign off on projects even when it is determined that they are not likely to harm species. The rule finalized Wednesday would do away with that requirement, reducing the number of consultations so that the government’s experts can focus on cases that pose the greatest harm to wildlife, officials said.

But environmentalists said that the rule changes would put decisions about endangered species into the hands of agencies with a vested interest in advancing a project and with little expertise about wildlife. Several groups planned to file lawsuits immediately.

“This new rule is essentially a changing of the guard for determining how government projects will affect endangered species,” said Francesca Grifo, director of the Scientific Integrity Program at the Union of Concerned Scientists. “Instead of expert biologists taking the first look at potential consequences, any federal agency, regardless of its expertise, will now be able to make decisions that should be determined by the best available science.”

Between 1998 and 2002, the Fish and Wildlife Service conducted 300,000 consultations. The National Marine Fisheries Service, which evaluates projects affecting marine species, conducts about 1,300 reviews each year.

The reviews have helped safeguard protected species such as bald eagles, Florida panthers and whooping cranes. A federal government handbook from 1998 described the consultations as “some of the most valuable and powerful tools to conserve listed species.”

Obama has said he would work to reverse the changes. But because the rule takes effect before he is sworn in, he would have to restart the lengthy rulemaking process. Congressional lawmakers have also vowed to take action, perhaps through a rarely used law that allows review of new federal regulations.

In a related development, the Bush administration also finalized on Wednesday a special rule for the polar bear, a species that was listed as threatened in May because of global warming. The rule would allow oil and gas exploration in areas where the bears live, as long as the companies comply with the Marine Mammal Protection Act.

1 Response to Bush Throws Polar Bears Under the Bus