Bush’s War : Now Available in the Comfort of Your Home 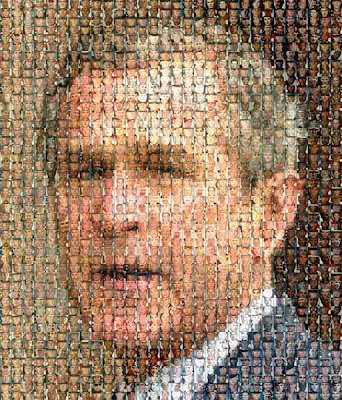 Anyone who has followed the downward spiraling debacle of Bush
Administration Middle East policy may have wished, as I have, to have
been a fly on the wall of the Situation Room as Dick Cheney, Donald
Rumsfeld, Paul Wolfowitz, and Richard Perle steamrolled their
ideology-driven Iraq war agenda over Colin Powell’s politically
formidable State Department team, a Democratic-controlled Senate,
and a skeptical,maligned, and marginalized intelligence community.

PBS Frontline’s two-part series, Bush’s War, provides an “insider”
view of decision- and opinion-making in the rush to war by the
Cheney-Rumsfeld White House. Perfidy, intrigue, back-stabbing, and
big lies drive this Machiavellian tale of ideological crusade by all
of the Vice President’s men — and Mushroom Cloud Condi too.

Drawing from a treasure trove of some 40 previous Frontline features
on Iraq and the “War on Terror,” producer Michael Kirk adds fresh
reporting and new interviews to craft a sharply focused documentary
narrative of this troubling period in American history. Part One,
which aired last night (Tuesday), provides shifty-eye close-ups of
the veep’s henchmen, Wolfowitz, Perle, and Libby, and a seldom-seen
look at the backroom sharks, Gonzales, Addington, and Yoo. Richard
Clarke, Joe Wilson, Richard Armitage, and a stellar cast of former
generals and CIA officials, in counterpoint, present a compelling
case against rushing to war with Iraq, but, as Frontline shows, they
were clearly outflanked and outgunned by the neocons’ “shock and awe” propaganda machine.

Read more background on the show here.
Though Part One aired last night, it can still be viewed online here.
Part Two will air at 9 p.m., Tuesday, April 15, but can also be viewed online now.