Christian : Turn the Other Cheek? Not on Your Ass! 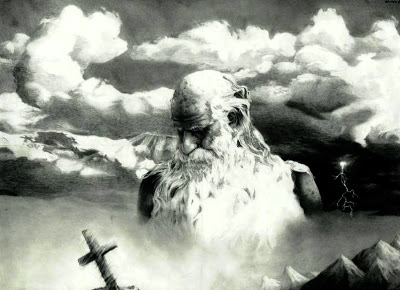 God.
‘I may be a Christian, but it’s not like I’m one of those wacko “love your neighbor as yourself” types.’
By Janet Cosgrove / November 19, 2008

Everybody has this image of “crazy Christians” based on what they hear in the media, but it’s just not true. Most Christians are normal, decent folks. We don’t all blindly follow a bunch of outdated biblical tenets or go all fanatical about every bit of dogma. What I’m trying to say is, don’t let the actions of a vocal few color your perceptions about what the majority of us are like.

Like me. I may be a Christian, but it’s not like I’m one of those wacko “love your neighbor as yourself” types.

I’m here to tell you there are lots of Christians who aren’t anything like the preconceived notions you may have. We’re not all into “turning the other cheek.” We don’t spend our days committing random acts of kindness for no credit. And although we believe that the moral precepts in the Book of Leviticus are the infallible word of God, it doesn’t mean we’re all obsessed with extremist notions like “righteousness” and “justice.”

My faith in the Lord is about the pure, simple values: raising children right, saying grace at the table, strictly forbidding those who are Methodists or Presbyterians from receiving communion because their beliefs are heresies, and curing homosexuals. That’s all. Just the core beliefs. You won’t see me going on some frothy-mouthed tirade about being a comfort to the downtrodden.

I’m a normal Midwestern housewife. I believe in the basic teachings of the Bible and the church. Divorce is forbidden. A woman is to be an obedient subordinate to the male head of the household. If a man lieth down with another man, they shall be taken out and killed. Things everybody can agree on, like the miracle of glossolalia that occurred during Pentecost, when the Apostles were visited by the Holy Spirit, who took the form of cloven tongues of fire hovering just above their heads. You know, basic common sense stuff.

But that doesn’t mean I think people should, like, forgive the sins of those who trespass against them or anything weird like that.

We’re not all “Jesus Freaks” who run around screaming about how everyone should “Judge not lest ye be judged,” whine “Blessed are the meek” all the time, or drone on and on about how we’re all equal in the eyes of God! Some of us are just trying to be good, honest folks who believe the unbaptized will roam the Earth for ages without the comfort of God’s love when Jesus Christ our Lord and Savior returns on Judgment Day to whisk the righteous off to heaven.

Now, granted, there are some Christians on the lunatic fringe who take their beliefs a little too far. Take my coworker Karen, for example. She’s way off the deep end when it comes to religion: going down to the homeless shelter to volunteer once a month, donating money to the poor, visiting elderly shut-ins with the Meals on Wheels program—you name it!

But believe me, we’re not all that way. The people in my church, for the most part, are perfectly ordinary Americans like you and me. They believe in the simple old-fashioned traditions—Christmas, Easter, the slow and deliberate takeover of more and more county school boards to get the political power necessary to ban evolution from textbooks statewide. That sort of thing.

We oppose gay marriage as an abomination against the laws of God and America, we’re against gun control, and we fervently and unwaveringly believe that the Jews, Muslims, and all on earth who are not born-again Pentecostalists are possessed by Satan and should be treated as such.

When it comes down to it, all we want is to see every single member of the human race convert to our religion or else be condemned by a jealous and wrathful God to suffer an eternity of agony and torture in the Lake of Fire!

I hope I’ve helped set the record straight, and I wish you all a very nice day! God bless you!

This entry was posted in RagBlog and tagged Fundamentalism, Humor, Religion, Satire. Bookmark the permalink.

1 Response to Christian : Turn the Other Cheek? Not on Your Ass!