Compassion Is the Only Course, Even When the Crimes Are Atrocious

This is a profoundly important piece, written by a victim of a Cambodian war criminal. When the author writes that “We shall all be at the trial — not just as judges, but also as victims, and the accused,” his words penetrate to the core of many human issues we have always faced. 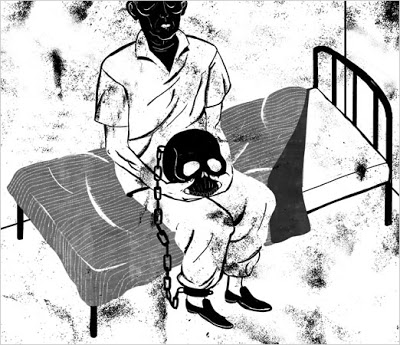 Phnom Penh, Cambodia — AFTER 10 years of detention, Kaing Guek Eav, alias Comrade Duch, is to appear today before the Extraordinary Chambers in the Courts of Cambodia, charged with war crimes and crimes against humanity. He was arrested in 1999, after 20 years of living incognito, for crimes committed on his orders as commander of the Tuol Sleng prison in Phnom Penh from 1975 to 1979, when the Khmer Rouge controlled Cambodia and were responsible for the deaths of more than a million people.

I was his prisoner for three months in 1971, in a camp known as M13 hidden in the forest of the Cardamom mountains. I had been doing field work in the Cambodian countryside, searching for ancient Khmer Buddhist manuscripts, when I was ambushed by Khmer Rouge militants fighting Cambodia’s American-backed government. I was accused of being a C.I.A. spy and sentenced to death.

Duch was in charge of the jungle camp, both my jailer and my prosecutor. I was kept in chains and interrogated daily by him. Somehow, during the strange dialogue that began between us, he became convinced that I really was just a Frenchman who wanted to study Buddhist texts. Duch undertook to secure my release. My two Khmer assistants did not have the same good fortune: despite Duch’s promise to me, they were executed soon after I left the camp, as so many thousands were in the years to come under his meticulous supervision.

I did not see Duch again until 2003, in the military prison in Phnom Penh. Conditions there were rudimentary, but the general feel was not that of a jail. I remember that he had the same look of determination that he had had 32 years earlier, though the smile that he had occasionally flashed when he ruled over my fate was gone.

In the whirl of conflicting emotions provoked by seeing him again, I asked him: “How are things here? Is it all right?” Compelled to repeat the question, I felt its incongruity: the executioner was now on the other side of the gate, as I had foreseen in my dreams, in the place once occupied by his victims.

In July 2007, he was transferred to one of the eight cells in the detention center that is part of the vast complex where the war crimes court is based and where his trial will take place. I visited him there. At the time, he enjoyed the relative comfort of his new surroundings. Four other elderly Khmer Rouge leaders were also incarcerated there. They were well cared for; food, cells, a television room, a visiting room — everything was in conformance with international rules, enough to make the guards jealous.

But Duch may today regret having left the tedium of the military prison. After years of stalling, and many months of thorough preliminary investigations, the trial that so few people wanted is about to begin. The sound of the preparations for it rings out in the detention center as if it were an execution.

The death penalty, which Duch ordered at least 12,380 times, does not exist in United Nations-backed tribunals like this one. His condemnation will not have the too-familiar instantaneousness of the Khmer Rouge hoe striking the back of the neck, but his sentence will be long and relentless.

The worst that he risks, however, is not imprisonment itself, but seeing his reasons for living disappear. His life now revolves around the visits from his children, a right that was denied to his victims, and his faith in the judicial process — a process that did not exist at Tuol Sleng.

Duch does not raise any objection to his trial. In his heart lie the same fears that haunted each of his victims — ancient fears that have never ceased to haunt mankind. Thus he has admitted his guilt, bowed over and humbled by the horror of what he has done.

Last February, Duch was led, with his consent, to the scenes of his crimes. The visit was a shock for all who witnessed it. This major judicial step took place in an atmosphere of intense, palpable emotion.

“I ask for your forgiveness — I know that you cannot forgive me, but I ask you to leave me the hope that you might,” he said before collapsing in tears on the shoulder of one of his guards.

I was not there — it was a closed hearing — but those who were reported that the cry of the former executioner betrayed such suffering that one of the few survivors of Tuol Sleng screamed out, “Here are the words that I’ve longed to hear for 30 years!”

It could be that forgiveness is possible after a simple, natural process, when the victim feels that he has been repaid. And the executioner has to pay dearly, for it is the proof of his suffering that eases ours.

Let us not fool ourselves. Beyond the crimes that Duch committed against humanity, those of the Khmer Rouge will also be judged. And beyond the crimes of the Khmer Rouge, the capacity of the tribunals to mete out justice will be tested, as well as our ability to judge man himself, and history. We shall all be at the trial — not just as judges, but also as victims, and the accused.

The genocide of the Khmer Rouge will be judged as a “crime against humanity,” a crime against ourselves. As such, Duch’s guilt exceeds his immediate victims; it becomes the guilt of humanity, in the name of all victims. Duch killed mankind. The trial of the Khmer Rouge should be an opportunity for each of us to gaze at the torturer with some distance — from beyond the intolerable cry of the suffering, which may veil the truth of the abomination. The only way to look at the torturer is to humanize him.

[François Bizot is the author of “The Gate,” a memoir. This essay was translated by The Times from the French.]

This entry was posted in RagBlog and tagged Crimes Against Humanity, Criminal Justice, War Crimes. Bookmark the permalink.

2 Responses to Compassion Is the Only Course, Even When the Crimes Are Atrocious