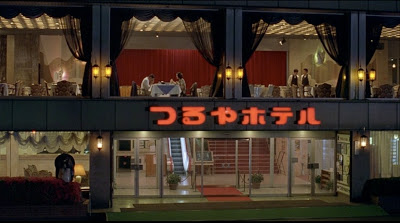 Still from Yi Yi (2000, Edward Yang)on Kevin Lee’s website.
‘It seems as if perfectly lawful clips are being silenced at the whim of copyright owners who don’t like the thought of anyone other than themselves posting content.’

A film critic has become the latest casualty of a content owner’s overaggressive attempts to police YouTube.

Blogger and essayist Kevin Lee used to have a YouTube channel where he posted his thoughts on movies along with brief clips. Incorporating copyrighted material into reviews is generally considered fair use, the same as quoting from a book in a review.

But not everyone saw it that way. YouTube recently received a complaint about Lee’s piece on “And God Created Woman,” which included a clip from the movie. Because the company had received two prior complaints about Lee, it deemed him a recidivist and removed the 70 videos on his channel.

A movie studio might be hard-pressed to find a judge willing to say that Lee’s clip infringed on copyright, but YouTube had little choice other than to take down first and ask questions later if it wanted to protect itself under the Digital Millennium Copyright Act.

Lee is hardly alone. On the contrary, the scenario has become all too familiar. In one of the most recent cases, start-up news site ProgressIllinois.com saw its YouTube channel taken down after Fox Chicago alleged copyright infringement based on brief excerpts posted by Progress Illinois.

Uploaders can get videos restored by filing counter-notices, but the process can take several weeks. What’s more, not everyone who gets a takedown notice understands the procedure for protesting.

In the meantime, it seems as if perfectly lawful clips are being silenced at the whim of copyright owners who don’t like the thought of anyone other than themselves posting content.

This entry was posted in RagBlog and tagged Censorship, Copyright Law, Freedom of Expression, Internet. Bookmark the permalink.