David P. Hamilton :
How Emmanuel Macron won and how
he will govern

Macron is a centrist neoliberal who favors unregulated capitalism. 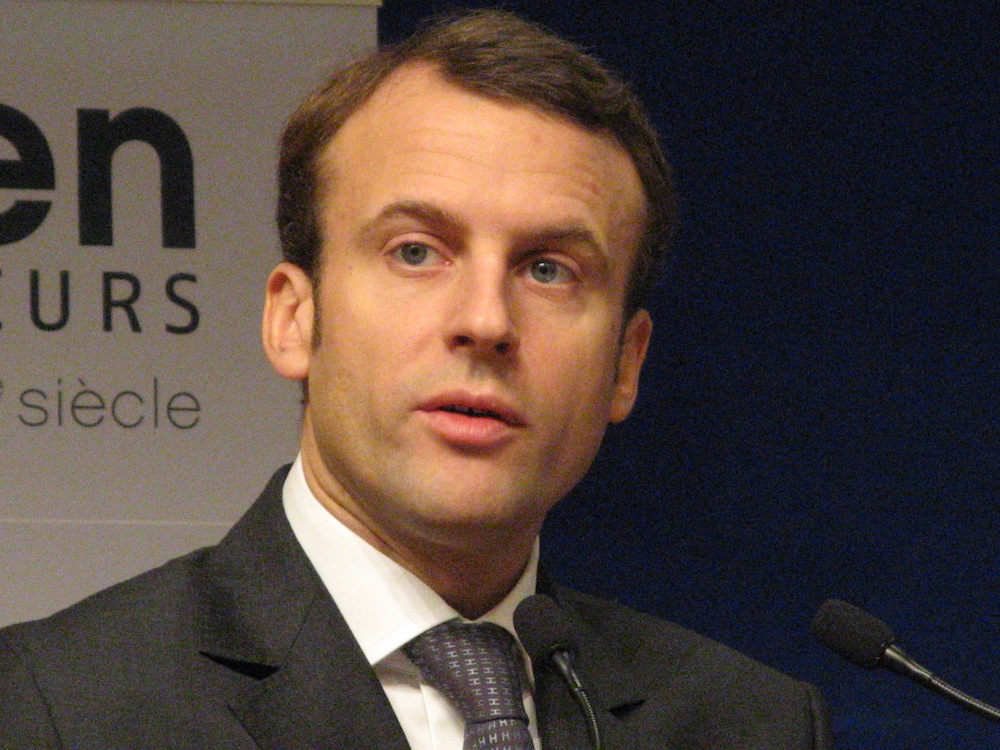 PARIS — Emmanuel Macron is a clever guy, as befits his history of being an outstanding student at all the top French schools. He has recognized a central axiom of electoral strategy: that your approach to an electoral campaign depends on the relative vibrancy of your democracy.

If you are in a race that will have a 10% turnout of the eligible voters, you mobilize your base and forget the center, which is insignificant in a race between partisan activists. In that case, the electorate is not a bell curve. Conversely, if you are in an election where 90% of the people are going to vote, the center is indeed the most numerous sector of the electorate and one must moderate positions accordingly.

The U.S. is a relatively stagnant democracy.  The UN has referred to the U.S. as a “weak democracy.” Roughly a third of adults in the U.S. don’t register to vote. A third of those who do register don’t vote, even in hotly contested presidential elections. So the outcome of a nationwide election is decided by the less than half of the potential electorate who show up. The votes of less than 25% of the potential electorate can win.

This low participation in U.S. elections means that the strategy to follow is the one that emphasizes the mobilization of your base. That’s how Donald Trump won and Hillary Clinton lost, as she endeavored to move to the center and he fired up his rabid base. In such elections, the center is less important than base mobilization and which group of partisans has “momentum.”

France on the other hand, has significantly higher levels of voter registration and participation, typically 80% of registered voters in presidential elections. It is a much more vibrant democracy than the U.S. Yet, the political landscape in France has traditionally been characterized by a range of relatively ideological political parties arranged from left to right, with none having anything near majority support in the first round of national elections.

In the recent first round of the presidential race, Macron led with slightly less than 24%. Le Pen had almost 22%, Fillon 20%, Melenchon 19.5%, Hamon 8%, and six other candidates dividing the rest, including two claiming to be to the left of Melenchon. In the runoff, Macron won 66% to Le Pen’s 34%, but the abstention rate was the highest since 1969 with about 35% of the electorate not voting or casting blank or mutilated ballots.

The primary reason people voted for Macron (42%) was that he was ‘not-Le Pen.’

Hence, Le Pen really came in third behind Macron and none-of-the-above. The apparent Macron landslide may not have won the support of a majority of the eligible voters. Furthermore, exit polls clearly demonstrated that  and not that they supported his policies.

Macron was prescient enough to recognize that France’s relatively vibrant democracy made a centrist takeover possible, if outside the confines of any of the existing parties. Hence, he started his own party, “neither right nor left.” He has now named his prime minister and cabinet, clearly delineating his true political orientation.

It should be noted first that this is a trial-run cabinet. New National Assembly (NA) elections are in June. The NA is not in session beforehand so there can be no new legislation yet. There are no formal representatives of Macron’s new party, En Marche, in the current NA. If he is to put his own stamp on his government, his party must win a majority in the NA starting from zero. Although possible considering the somewhat different rules governing NA elections which allow winners by plurality, I consider an En Marche majority unlikely.

This will require Macron to form a coalition government, the components determined by the outcome of the NA elections. But it is obvious that his preferred outcome in forming a coalition would be to form a centrist one led by En Marche. How far out to the left or right depends on the relative success of the various parties in the NA election. His dream coalition would range from the right wing of the Socialists to the more moderate of the Republicans. This would have the added benefit for Macron of splitting both the traditional dominant French parties on the right and left.

To his great credit, his cabinet is half
men and half women.

So what does his cabinet tell us about Macron’s political orientation? To his great credit, his cabinet is half men and half women. Like Democrats in the U.S., he is relatively strong on issues of identity. Although a woman is the defense minister, in general, the more significant cabinet posts still went to men; finance, economy, budget, interior, and social security (more like the HEW plus Social Security in the U.S.).

The new energy minister is an environmentalist, who many predict will be the first to quit. This cabinet includes two from the right wing of the Socialists and two from the left of the Republicans (both of whom were promptly kicked out of their party). There are several members with little or no government experience, coming from the private sector or NGOs. For France, it is a relatively heterodox and technocratic group. There is a near certainty that the cabinet will be reshuffled after the NA elections to reflect the outcome.

It should be noted, however, that this is not some government of national unity. There are several parties who have been left out of this cabinet altogether. There is no one in Macron’s government from the left of the Socialist Party, the France Unbowed movement of Jean-Luc Melenchon, now the leader of the left, from the National Front of Marine Le Pen or from any of the splinter parties. These political groupings further out on the political spectrum collectively won close to 50% of the votes cast in the first round of the presidential election.

Macron is a neoliberal. He favors unregulated capitalism. He doesn’t really support the 35-hour work week. He would like to raise the retirement age. He wants to make it easier to fire people. He wants to change the system of negotiations between owners and workers so that they take place on the level of individual corporations rather than industry-wide, thus favoring the corporations.

His future cabinet will also be neoliberals, regardless of their previous political affiliations.

Macron is a man who paid handsomely to get out of a job contract with the Ministry of Finance in order to take a much more lucrative job as an investment banker with a Rothschild family-owned financial firm where he made millions while also making tens of millions for his fellow millionaires. His future cabinet will also be neoliberals, regardless of their previous political affiliations.

During his tenure as the Finance Minister in the government of “socialist” Francois Hollande, Macron was most noted for the passage of what became known as “Macron’s Law.” The Wall Street Journal, undiluted voice of the capitalist class, described it in these terms: “attacks France’s calcified labor market,” “abolish(s) prison sentences for bosses who fail to respect rules governing negotiations with their employees,” “streamline(s) labor tribunals that are a perennial headache to employers,” ”simplifies layoff procedures,” and “(f)irms that cut jobs at struggling plants would no longer have to negotiate severance packages that draw on the financial strength of a parent company.” Other provisions allow stores to stay open on Sundays, thus requiring workers to work on Sundays in contradiction of a long held French tradition.

Those are only a small sample of his pro-capitalist “reforms,” according to the WSJ. In essence, all Macron’s reforms uniformly favor the capitalist class relative to the working class, the employers instead of the employees. This neoliberalism is what will characterize his administration, which ironically will closely mirror the outgoing administration of Francois Hollande who Macron once served, the most unpopular government in the history of the Fifth Republic.