David P. Hamilton :
SPORT | Was the Spurs win a symbolic victory for the left?

Besides the triumph of the Spurs’ collectivism over the Heat’s individualism, internationalism won over Americanism. 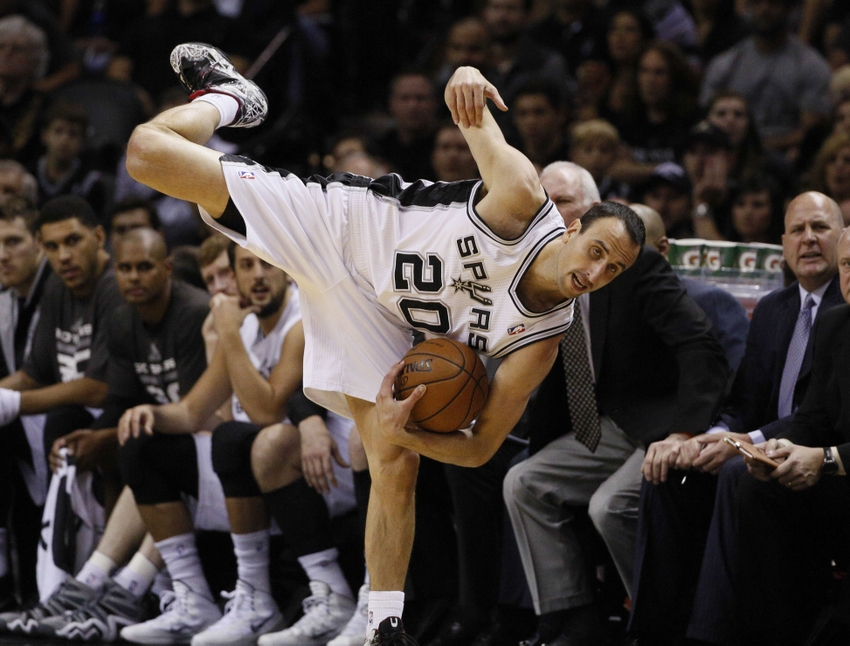 How is the victory of a major professional sports franchise, the San Antonio Spurs, a symbolic victory for the left?

First, however, for those of you who might have missed it, the reigning world champion Miami Heat were more than beaten. They were destroyed. The Spurs beat them mercilessly by almost 20 points a game over the last three games. Had it not been for some uncharacteristic missed free throws near the end of game 2, the Spurs would have swept Miami in four straight games, mostly routs.

When the Spurs and Heat met in the finals, two different models of organization confronted one another. On the one hand, the Heat was a collection of stars. It was a team that had been more bought than built. Three all-stars, including the consensus “world’s greatest player” were brought together on one team; they immediately became contenders and soon champions.

The Spurs have been built over a long period of many years, brick by brick.

The Spurs, on the other hand, have been built over a long period of many years, brick by brick. More and more they have emphasized balanced teamwork, with everyone making significant contributions. They also had their “big three,” but sports pundits were loath to talk about them. They were either not very glamorous or foreign and San Antonio was soooooo small market.

Unlike Miami, surrounding San Antonio’s big three was a cast of rising stars and highly competent journeymen. But the Spurs transcended to become a team that was even better than the sum of its parts. They validated the collective over a collection of individuals.

The Spurs play a style of basketball on offense that emphasizes passes between constantly moving players, until one player has an open shot in a spot they like, ideally a layup at the rim. Other teams play star ball instead of team ball. They bring the ball up court, make one pass to their star who goes one on one with a defender to get a shot.

Oklahoma City is the best (or worst) example. Either Russell Westbrock brings the ball up and passes it to Kevin Durant who shoots or it’s the other way around. In their series against Oklahoma City, the Spurs made about 500 more passes. Although Miami tries at times to play team ball, when the going gets tough, they revert to star ball.

Perhaps most graphically, this commitment to team is reflected in the respective team payrolls.

Perhaps most graphically, this commitment to team is reflected in the respective team payrolls. The three stars for Miami are all making close to $20 million a year. Given that there is a salary cap in the NBA close to $60 million and a luxury tax for going over the cap, this leaves very little money to hire other players. So they end up with a lousy supporting cast.

On the other hand, all of San Antonio’s big three have accepted making less than they could elsewhere in order to be a part of the Spurs organization. Tim Duncan was making almost $20 million a year, but accepted a 50% pay cut so the Spurs could become a better team. Now it is recognized that Miami’s stars will have to do the same in order to have the support they need to win, and speculation is high that this group will break up in order to maximize their individual earnings instead.

Besides the triumph of the Spurs’ collectivism over the Heat’s individualism, internationalism won over Americanism. Nine of the top 13 players on the Spurs roster are from outside the U.S. [Parker and Diaw (France), Ginobili (Argentina), Duncan (U.S. Virgin Islands), Splitter (Brazil), Mills and Baynes (Australia), Bellenini (Italy), and Joseph (Canada). All the Heat players were from the U.S.

By building the Spurs largely with foreign players, the Spurs organization has revolutionized professional basketball and further internationalized the sport.

[David P. Hamilton, a graduate of the University of Texas at Austin in history and government was an activist in 1960s-’70s Austin and was a contributor to the original Rag. David and wife Sally spend part of every year in France. Read more articles by David P. Hamilton on The Rag Blog.]

1 Response to David P. Hamilton :
SPORT | Was the Spurs win a symbolic victory for the left?