Here’s my contribution to the discussion resulting from Coca-Cola’s multilingual ‘America the Beautiful’ Super Bowl commercial. 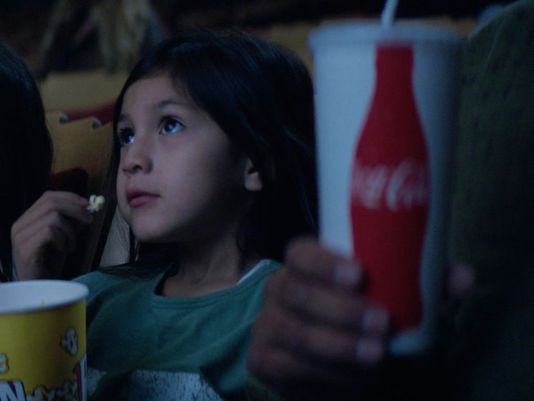 A still frame from the Coca-Cola commercial, “America the Beautiful.” Photo from Coca-Cola. Image from USA Today.

America is beautiful, it would be silly to deny it
If you’ve seen the forests or the mountains capped with snow
But as I left my Japanese wife to drive to the French school
With a carpool full of gorgeous kids in tow
Who all sang along to Katy Perry and then listened to this bigot
Tell us this is an English-speaking nation
I don’t know what the kids thought but I said this guy’s a fascist
And we all agreed to change the station

[Portland resident David Rovics is an indie singer/songwriter and peace and social justice activist who tours regularly on four continents. Rovics’ music has been featured on Democracy Now!, BBC, Al-Jazeera, and other major media outlets and his essays have been published on CounterPunch and Truthout. He blogs at Songwriters Notebook.]