Dr. Stephen R. Keister : Approaching 90, I Despair for my Country 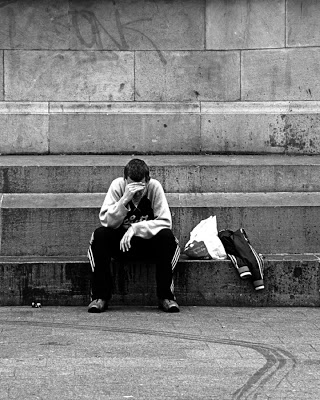 Image from Free Health Care News.
As I approach my 90th year:
I despair for the state of my country
(and its corrupted health care system)


I look at the Republican ‘debates’ and wonder, where did we — as a supposedly enlightened society — dig up this bunch of morons?

I have come a long way in this world as I anticipate my 90th birthday on October 9. In those many years I have experienced periods of contentment and periods of unhappiness. But never have I seen my country so fraught with danger and despair. Never have I seen such nihilism and cruelty expressed in public view.

The response of the audience to Texas Gov. Rick Perry’s pride in multiple executions confirms a nagging feeling I’ve had for many years that a great percentage of the American public would revel in public executions: public hangings, beheadings, or even hanging, drawing, and quartering. Sometimes it seems like we’re descending into the kind of society that would accept a leader along the lines of Vlad The Impaler or Ivan The Terrible.

Yet, paradoxically, it is many of these folks who adhere to “the right to life” concept, idealizing the fetus but not giving a tinker’s damn about the children we bomb in Iraq, Afghanistan, or Pakistan, or the infants in this nation who die due to lack of medical care or from malnutrition.

I entered the practice of medicine in 1950, an idealist, believing in the lesson of the Good Samaritan. I believed that all persons should be provided with medical care as was done at the great middle age hospitals in Europe, founded by orders of Sisters who turned away no one from their doors.

For some 30 years my idealism was validated, as no one in our area went without medical care. Those who could not pay were provided for at free clinics sponsored by the nonprofit hospitals, and each of us on the staff of those hospitals took care of, with help of an intern or resident, some 20-30 indigent inpatients. In our private offices money was never an issue until the patient was ready to leave and make a subsequent appointment, when our secretary would ask, “Do you want to pay now or shall we send you a bill?”

Somewhere in the 1980s medical care, with great planning and premeditation, was usurped by the health insurance cartel in collusion with the pharmaceutical industry. Medicine was changed from a proud profession to a business, and the physician degraded to a “health care provider.”

Now when one enters any medical facility the first question asked by the receptionist involves the patient’s manner of payment: “May I see your insurance card?” Instead of an initial hour-long interview with the physician, one is quizzed by a PA, followed by a cursory visit with the doctor. Multiple tests are frequently ordered when a detailed initial interview would have sufficed, and more often than not the patient leaves the office with many unanswered questions.

To add to the immorality of our system we have some 40 million citizens without medical care because they are unable to buy insurance. Yet, this is countenanced by those who claim allegiance to the Christian Right — a group that appears to be as oblivious to the Sermon on the Mount and the Beatitudes as to the Book of Matthew.

I watch the Tea Baggers docilely follow the propaganda of the billionaire Koch Brothers and propose elimination or substantial modification of Social Security and Medicare, under the illusion that these programs are undermining the national budget — when indeed these social safety nets are not paid out of the national budget (as are our ongoing wars which are never mentioned), but out of the Social Security trust and Medicare funds that we have all contributed to through wage taxes during our working years.

Now the Republicans would take advantage of a naive public and further drive us into the health care status of a third-world nation. We already rate 26th in the world in health care quality and delivery.

Never mind that the scions of the political Right lie to the people of the United States, with their claims that the Europeans and Canadians have “Socialized Medicine,” which is absolutely untrue. The only Western nation with something like socialized medicine is the U.K. and the present Tory Government is trying madly to privatize same in spite of united opposition from physicians, nurses, and other health care professionals. Both the public and health care providers have been generally happy with the health care system conceived and instituted by the conservative Winston Churchill.

I am at the stage of life where I hear the faint splash of old Charon’s oars as his barge moves up the Styx, so I have great interest in the hospice movement. Hospice was introduced to the Erie, Pennsylvania area, where I live, by Dr. David Dunn who had studied in depth the well-established British hospice system. The Great Lakes Hospice and V.N.A. Hospices are outstanding, caring, efficient, volunteer organizations.

Now, as with nearly everything, corporate for profit hospice movements have appeared on the scene to feed off of Medicare payments. Several of these organizations, not driven by humanitarian idealism but by corporate greed, have been cited by the Medicare watchdogs for their part in bleeding the Medicare trust fund.

We should all investigate hospice care well before the need arises, just as we should arrange advance directives, and make certain that we will be dealing with a local organization driven by compassion and caring and not by corporate profit. Ideally, we should consider a version of the Swiss Dignitas; however, this would be a pipe dream considering the influence the “religious” element has in the corporate-driven U.S. society.

The June 2011 issue of Forbes has a first-rate article by Rick Ungar entitled “The Coming Crash of the American Health Care System.” A few dedicated folks within the profession are still continuing the fight for a decent, affordable health care system in our country, groups like Physicians for a National Health Program and National Nurses United, but the average elected politician turns a blind eye to the situation.

If health care is a priority while you are still young, head for Canada where the health care system, founded by the late Tommy Douglas, is still appreciated by the vast majority of Canadians, or learn French and move to France, which has the top-rated health care system in the world.

Sidney Wolfe, M.D. points out in Public Citizen that our mental health treatment system has returned to a level of the 19th century. No longer are there decent mental hospitals available, but the mentally ill are confined to penal institutions as they were in Dickinsonian times. Over the past two decades, as state psychiatric hospitals have shut down, many with schizophrenia and bipolar disease have been left to wander the streets untreated.

The number with mental illness in our penal facilities has increased 20% since 2000. As early as 2006 the U.S. Department of Justice reported that 24% of inmates in county jails and 15% of inmates in state prisons were psychotic. Under these circumstances how do these folks get treatment? When have you last heard about this problem on a TV news program? Where are our values? Where is our moral backbone?

As the drumbeat of ill news and deception continues, why aren’t we told the truth about the cost to Medicare of Medicare Part D, or the fleecing of the trust fund by Medicare Advantage Plans? The American public gets less and less information about what really matters as the Republicans distract us from the everyday issues relevant to our lives and feed us drivel about the “national debt.”

Joseph Goebbels was a piker compared to the propagandists now feeding pure and simple bull to the uninformed, unsophisticated American people. I look at the Republican “debates” and wonder, where did we — as a supposedly enlightened society — dig up this bunch of morons?

I would urge all my readers to follow ProPublica’s ongoing investigation into the collusion between the drug manufacturers and many of the physicians in the current medical community — physicians who, in true American manner, place wealth and income above patient care, ethics, and duty.

A final word of advice. Disregard all pharmaceutical ads on TV — and there are hundreds — and just hope your physician is conscientious enough to prescribe what you need at the least cost rather than shill for the drug manufacturers.

5 Responses to Dr. Stephen R. Keister : Approaching 90, I Despair for my Country