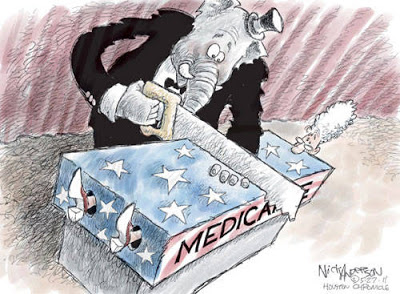 “Avarice has so seized upon mankind that their wealth seems rather to possess them than they possess their wealth.” — Pliny the Younger, Letters, IX, c. 110.

It would appear that the American media, including the so-called “liberal” media, have lost their way among the mundane and the meaningless. Even the “progressive” commentators on MSNBC have become so enamored of Anthony Weiner’s indiscretions and Sarah Palin’s travels that little else of import has been reported to the American public.

Little of economic interest is discussed in a meaningful way, virtually no mention is made of the worsening unemployment situation, the increasing numbers of those without medical insurance, and nothing, absolutely nothing, about the China-Pakistan mutual defense treaty reported on by Paul Craig Roberts.

One can find little hope in a culture of fragmentation as our news organizations contribute to the further dumbing down of our citizens. In this atmosphere we must tolerate continuous reporting on the likely Republican presidential candidates, including their physical presence on the Sunday morning talk shows. Which brings to my mind H.L. Mencken’s comment:

As democracy is perfected, the Office of President represents more and more closely the inner soul of the people. On some great and glorious day the plain folks of the land will reach their heart’s desire at last and the White House will be adorned by a downright moron.

In my June 1 article on The Rag Blog I expressed concern about a full-fledged counterattack on the Democratic commitment to preserve Medicare in its present form. The deluge of misinformation, obfuscation, and pure fabrication has already begun.

Because of the lack of transparency we remain uninformed about who funds these organizations, but one might assume that these groups include the Koch Brothers, the DeVos Family, the Prince Family, and the Waltons of Walmart.

All this proceeds as the health insurers are making record profits and as many citizens are forced to postpone care (as reported in The New York Times), and as corporations keep shifting health care costs to their workers (as Roger Bybee reported at In These Times), and as the death rate among the uninsured remains around 45,000 a year. I would give CNN some credit for reporting that the U.S. has the second worst newborn death rate in the modern world.

Paul Krugman reports in a New York Times op-ed that medicare is sustainable. (Also read his piece entitled “Vouchercare Is Not Medicare.”) Even the suggestion of raising the retirement ago for Medicare would disadvantage the poor as pointed out by Kevin Drum in Mother Jones.

We noted in our last presentation on The Rag Blog that the opponents of Medicare, which date as far back as the Truman Administration, will try their utmost to confuse the elderly public about the necessity of cuts in government subsidization of Medicare Advantage with cuts in the Medicare Trust Fund.

There are many Medicare Advantage plans, for which the subscriber is charged variable amounts relative to the benefits provided. To review, we have:

Some of these plans, at an extra cost, may include certain dental care, and hearing and vision care, but with, of course, specified limits.

There is very valuable information available to the voting public here. It outlines the hazards to the elderly and poor if there is compromise by the Democratic leadership in specific Congressional districts. For instance, in my Congressional district, the Third District of Pennsylvania, the Ryan plan would increase prescription drug costs for 13,000 Medicare beneficiaries, deny 460,000 individuals aged 54 and younger access to Medicare’s guaranteed advantage, and increase the out-of-pocket costs of health coverage by over $6,000 per year in 2022 and by $12,000 per year in 2032 for the 107,000 individuals in the district who are between the ages of 44 and 54.

The good news is that the Vermont legislature has passed single-payer health care, and the bill has been signed by the governor. The federal health insurance law would not allow Vermont to enact single payer until 2017; but Vermont is asking the administration to grant a waiver so that it can get there faster, by 2014. It is projected that a single payer plan will be 25% cheaper for consumers, businesses, and the government, than the current system of private health insurance, saving about $500 million in just the first year.

Here I would like to once more call your attention to France, which, according to the World Health Organization (WHO), has the best health care in the world. In case you missed it, please read David Hamilton’s Rag Blog analysis of the French health care system, written from on the scene in Paris.

One further encouraging observation amid so much very depressing news. Agence France-Presse reports that, according to a group of prominent world leaders, the so-called “war on drugs” has failed, and that decriminalizing marijuana may help curb drug-related violence and social ills.

The conclusion is that purely punitive measures have led to a situation where “the global scale of illegal drug markets — largely controlled by organized crime — has grown dramatically.” The panel suggests that governments experiment with models of legal regulation of drugs (especially cannabis) to undermine the power of organized crime and safeguard the health and security of their citizens.