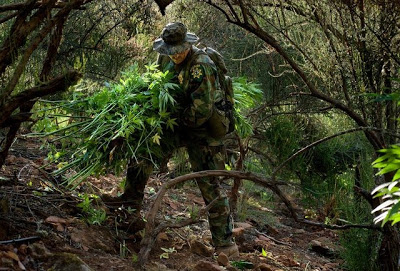 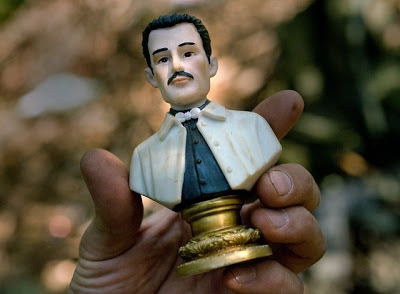 Sheriffs from El Dorado county in California dismantle a marijuana growing operation run by a Mexican cartel. Below, they show a bust of Jesus Malverde, the “Patron Saint of Drug Dealers,” found at the site. Photos by Randall Benton / Sacramento Bee.
Drug war lunacy:
Mexican cartels operating in Texas, California

With the drug cartels moving in to our country and the economic recession hurting our citizens, it makes more sense now than ever to legalize marijuana…

This entry was posted in Rag Bloggers and tagged Drug Law Reform, Marijuana, Mexico, War on Drugs. Bookmark the permalink.

3 Responses to Drug War : Cartels Move North of the Border