There Is Little or Nothing Manufactured Today That Nature Loves 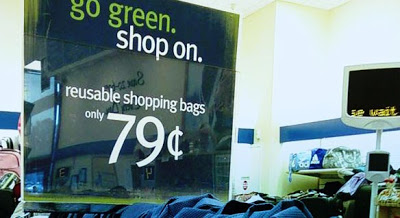 We will no longer be impressed by an organic T-shirt if its cotton was grown by hogging water in an arid and impoverished land, or if its dye puts workers at heightened risk for leukemia.

My grandson’s third birthday is at hand, and I’m looking at a toy racing car I won’t be giving him. Painted a bright yellow, this nifty little toy seemed just right for him when I paid a buck for it at a big box store. But before I could give it to him, I learned that cheap toys made in China, like this one, can have lead in their paint — particularly reds and yellows — to make them more shiny.

My pleasure at picturing his delight at the toy car melted into something between disgust and outrage. That nifty toy sits on my desk months after I bought it.

Call it eco-angst, the moment a new bit of unpleasant ecological information about some product or other plunges us into a moment (or more) of despair at the planet’s condition and the fragility of our place on it.

Eco-angst, it turns out, is but one version of a widely studied psychological phenomenon, one well-known in the world of retailing. Take a bargain bin cabernet, tell people it’s an expensive, estate-bottled varietal, and they’ll tell you they like it. They’ll even linger longer over their dinner, enjoying not just the wine but the rest of their food more. Now describe the same wine as a low-end variety from North Dakota, and they’ll tell you it’s not so good — and finish their meal faster, enjoying it less.

The difference lies, of course, in the perception, not the reality. The emotional power of this perceptual skew has been documented in experiments not just with wines, but even pain relievers — the more expensive ones always seem better. Mindset drives our experience of a product, a fact known intuitively by advertisers long before the era of “Mad Men.” Back in the 1920s, Edward Bernays, a nephew of Sigmund Freud, became an influential pioneer of public relations by capitalizing on the power of psychological manipulation of the public to sell products. Advertising and psychology has been intertwined ever since.

What’s more, brain imaging now reveals that tasting what we think is a high-end wine produces heightened activity in a key strip of neurons in the orbitofrontal cortex, which lights up during moments of keen interest — a pattern some neuroeconomists see as the brain signature for brand preference. The “low-end” wine, on the other hand elicits not a budge in orbitofrontal chatter, a pattern indicating disinterest or disgust. (Study data can be found here.)

The neural signature for disgust may soon become more prevalent in the aisles of stores with the advent of heightened transparency about the ecological impacts of retail products like deodorants, foods and toys. A new generation of information systems has begun to offer detailed evaluations of once-hidden ecological impacts for tens of thousands of items, and the picture is not always pretty.

Eco-angst dawns with the discovery that some children’s sunblock contains a chemical that becomes a carcinogen when exposed to the sun, or that the company that makes a popular organic yogurt operates in ways that result in significantly more greenhouse gases than their competitors. The moral here, or course, is not to stop using sunblock nor to give up yogurt, but to choose the brands without these downsides.

Such distasteful information has predictable consequences for marketing, particularly if the eye-opening data comes at the moment we’re comparing two brands. Psychologists call it the “contrast effect”: as Item A suddenly looks bad, we get an even stronger preference for Item B. It is also a marketing boon for products that do no harm.

Eco-angst among consumers may soon spread as information about products is increasing easy to get. GoodGuide.com, is a Web site (with its own iPhone application) that instantly compares any of 75,000 consumer products on their environmental, health, and social impacts. Another Web site, SkinDeep.com, analyzes every ingredient in personal care products to match them with findings from medical databases; it ranks, for example, more than a thousand shampoos on their likely levels of toxicity.

The blockbuster for ecological transparency was the announcement in July by Wal-Mart that they are developing a similar sustainability index with the help of an academic consortium. One day shoppers, it seems, will get ecological ratings of products along with price in Wal-Mart (and likely other major retailers as well) as they stroll the aisles.

These rating systems herald the death of “greenwashing,” the advertising sleight-of-hand that plucks a single virtue from a multitude of a product’s ecological impacts and touts its environmental goodness. We will no longer be impressed by an organic T-shirt if its cotton was grown by hogging water in an arid and impoverished land, or if its dye puts workers at heightened risk for leukemia, or if it was stitched together in a sweatshop where young women suffer from needless injuries.

Industrial ecology, the fledgling discipline that renders precise analyzes of the multitude of ecological impacts any man-made item has over its life cycle, tells us that there is little or nothing manufactured today that nature loves. Ours is an age of eco-angst because virtually all our industrial platforms, processes and chemicals were developed in a day when people were oblivious to their ecological impacts.

It’s not that no one cared — no one really knew. Industrial ecology has only come of age in the last decade or two, and has yet to make its findings widely known. But as ecological transparency comes to the aisles of stores near you and me, it opens an opportunity for us to vote with our dollars with unprecedented precision for better ecological impacts.

Rather than taking the ascetic route of “No Impact Man,” we can together become high impact shoppers, tipping market share to products with gentler ecological imprints. But to do so we need to face the often unattractive truths behind the making of our favorite stuff, and so risk a stiff dose of disgust.

This entry was posted in RagBlog and tagged Consumer Culture, Eco-Systems, Existential Angst. Bookmark the permalink.