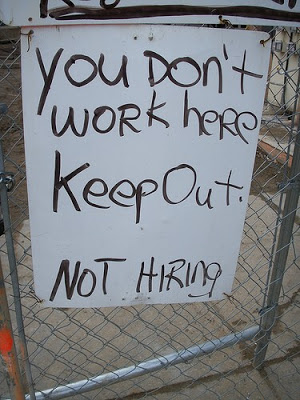 It should come as no big surprise that our economy is in worse shape than the U.S. government would like to admit. Lets start out by looking at the current U.S. economic situation.

John William’s Shadow Government Statistics argues that the REAL unemployment rate is about 22%, with an obvious upwards momentum that can be seen on the unemployment chart. This figure is calculated in such a way as to roughly correspond to earlier times. We had about 25% national unemployment during the great depression in 1932, when FDR was elected.

There are now numerous areas of high unemployment in the USA, with a severity no doubt comparable to the great depression. The portion of the population dependent on food stamps is soaring. A quarter of the children in Travis County, Texas, now receive food stamp support as this interactive map from The New York Times indicates.

From the same Times article:

With food stamp use at record highs and climbing every month, a program once scorned as a failed welfare scheme now helps feed one in eight Americans and one in four children.

Another way to view our depressed economy is in the recent contraction of the banking credit market — a type of funding source close to small business and the average consumers who mostly drive the US economy. Look at the credit chart in this article form the Asia Times:

A 20% decline year on year does not look like a recovery. In fact, it looks like nothing we have seen since the Great Depression. C&I loan growth lags the end of recessions, to be sure, but this extreme level of credit reduction suggests profound trouble.

It isn’t just the 17.5% broad-measure unemployment number that we should worry about, but the massacre of smaller businesses, who are concentrated in the most vulnerable sectors: real estate, construction, and retail. Retail sales may get a temporary shot in the arm from cash for clunkers, and a combination of tax credits and (de facto) subsidized mortgage rates may hold up the bottom of the housing market for a short time. But today’s data show how fragile these matters are.

In other words, the banks are not lending to support business as usual, because they realize the average American is deep in debt and thus a bad loan risk. This fact drags down other sectors. They say commercial loans will be the next sector to need a bailout. In the case of the “zombie banks,” we have the remains of a vastly over-extended sector of the U.S. economy — the byproduct of unregulated investment bankers competing to issue mountains of leveraged debt based on the capitalist credo of exponential growth forever until 2007. Yet a lot of these junk loans are still on the books.

With all these bad loans, the world of big investment banks looks objectively like a shaky house of cards, a monkey on the back of U.S. taxpayers. What to do? The answer, so far, has been to apply economic band-aids while allowing the banks to generate phony profits.

Does it ever occur to folks that the supposedly recovering banks sure are making a lot of profit on something mighty mysterious for a country that has many of its factories shut down or outsourced, and about 20% real unemployment?

Here is how the phony profit scam works. The Fed’s covert tactic of using monetary policy to recapitalize the banking system is also proving effective, perhaps too effective. By keeping short-term interest rates at or close to zero per cent, it is enabling banks to borrow at minimal cost and to invest the proceeds in higher yielding securities. The “spread” on this trade amounts to a gift from the government, and, because the Fed has promised to keep rates low for the indefinite future, it is almost risk free. Bank of America is making so much money it can afford to give the government 26.2 billion dollars in cash — or so it says. (The other 18 billion dollars will come from a new issue of convertible stock.)

The downside is that eventually those blessed with the cash are going to take these newly abundant bank profits and try to buy something that is not equally abundant, like maybe oil. Lots of hoarded dollars, not much goods. Under these conditions, and as soon as people start spending freely again, you have a self-reinforcing tendency for commodity prices to soar.

The USA seems at this point to be willfully devaluing the dollar. To the world’s many treasury bond holders, like China, this comes as bad news because they are pegged to the dollar, which means this trend degrades the value of their currency at the same time. So the Chinese are now on a global natural resource buying spree using their trillion or so of accumulated U.S. dollars, spending them on mineral deposits like oil, copper, and iron — things calculated to give a long-term trade advantage before their dollars go bad on them.

Devaluing the dollar has several U.S. government advantages. It makes it easier to compete in trade in those areas where we are still competitive (while making key imports like oil cost more). Second, it is an easy choice for a government to, in effect, just print a bunch of money to pay off the bills. Debt for economic stimulus, bills for wars, for handling the soaring social security costs of an aging population, for paying the bills of a medical system that is impervious to cost reform, for keeping GM afloat, for bankrolling Freddie and Fannie, for backing up bad credit default swaps, for paying off the previous debt, for widespread food stamp support, bank bailouts, keeping the prime rate near zero, and the list goes on. And on.

You don’t have to be a genius to see that this economic process, taken as a whole, is unlikely to get the U.S. economy back on track. What it is most likely to lead to is repaying the lenders with effectively shrunken dollars when the treasury debt comes due. As the U.S. government, you have little alternative when already debt-ridden taxpayers who provide the revenue are too far in debt to help by paying many taxes.

Dollar devaluation is a process of the marketplace expressing the supply and demand for our fiat currency. This loss of faith is already being reflected in the soaring price of gold, as central banks stock up on something that has held its value throughout history. When global lenders shun the dollar and buy gold, it really means that the buyers think the dollar is going to shrink in exchange value. Ultimately, on close examination, economics is seen to be a branch of politics. And politics, as we know, is based on psychology.

When gold soars in price like now, it means that the big players who still have dollars to lend to the U.S. government are signaling that they expect dollar devaluation, which means price inflation for internationally traded goods . Before long, lenders are likely to demand more treasury bond interest in compensation for the shrinking dollars paid back on their loans. Although the Federal Reserve is promising to keep interest rates low, there is only so long that they can defy what amounts to an economic law of gravity. Rising interest rates would of course further depress an already depressed U.S. economy.

When you are a government that can make the rules, you can get away with running heavy deficits and generating lots of Keynesian stimulation spending for years. Prominent Keynesian economists like Paul Krugman are urging heavy spending right now. However, both Krugman and most other Keynesians, like University of Texas economist Dr. James Galbraith, insist that this spending must be accompanied by banking reform. In other words, strict rules need to be imposed to stop the U.S. Treasury from becoming even more of a politicized cookie jar than it has already become.

However, the political will to reform the U.S. banking and finance system is still missing. Needless to say, this is an ominous sign. Levy Institute Scholar Galbraith recently reported on an international meeting of mostly-liberal economists, assembled a few months ago to discuss the state of the global economy. Suffice to say that the prevailing mood was not one of optimism. You can read more details of the conference notes here:

A group of experts associated with the Economists for Peace and Security and the Initiative for Rethinking the Economy met recently in Paris to discuss financial and monetary issues; their viewpoints, summarized here by Senior Scholar James K. Galbraith, are largely at odds with the global political and economic establishment.

Despite noting some success in averting a catastrophic collapse of liquidity and a decline in output, the Paris group was pessimistic that there would be sustained economic recovery and a return of high employment. There was general consensus that the pre-crisis financial system should not be restored, that reviving the financial sector first was not the way to revive the economy, and that governments should not pursue exit strategies that permit a return to the status quo. Rather, the crisis exposes the need for profound reform to meet a range of physical and social objectives.

7 Responses to Economy and Unemployment : Real Recovery a Long Shot