FBI Grabbing More Power While They Still Can 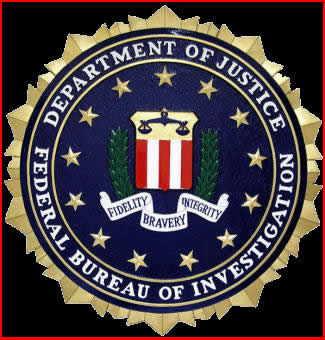 Sen. Russell Feingold (D-Wis.) and several of his colleagues are worried about new guidelines for FBI investigations that Attorney General Michael Mukasey is on the verge of approving. Yesterday, in a letter to Mukasey, they raised several concerns:

The guidelines permit the FBI to use a variety of intrusive investigative techniques to conduct “assessments” of possible criminal activity, national security threats or foreign intelligence collection—without any initial factual predication. We are concerned about the extent to which such authority might, for example, permit the FBI to conduct long-term physical surveillance of an innocent American citizen; interview such an individual’s neighbors and professional colleagues, including based on a “pretext” or misrepresentation; recruit human sources to provide information on that individual; or conduct commercial database searches on that individual—all without any basis for suspicion….We are particularly concerned that the draft guidelines might permit an innocent American to be subjected to such intrusive surveillance based in part on race, ethnicity, national origin, religion, or on protected First Amendment activities.

The Bush administration has argued that FBI agents should not need grounds for suspicion to use commonly available investigative tools such as Web searches. While there is something to be said for that argument, one could also argue that law enforcement officials should be more restrained in their use of such tools than ordinary citizens, since the consequences of their curiosity have the potential to be much more serious. In any case, “long-term physical surveillance” is not something ordinary citizens can do without risking arrest for trespassing, stalking, or harassment. Likewise, FBI interviews, even when officially consensual, have a coercive aspect to them that is absent from, say, a chat with a neighbor. And if “commercial database searches” include examining sensitive information such as credit reports, which ordinary citizens can legally obtain only if they are engaging in or considering certain kinds of transactions with the subjects of the reports, that is another example of special government powers that should not be exercised willy-nilly.

This story is a good excuse to quote Feingold’s comments at a June 25 hearing about border searches of laptop computers, where he castigated the Bush administration for withholding information about the frequency of the practice:

Once again, this administration has demonstrated its perverse belief that it is entitled to keep anything and everything secret from the public it serves and their elected representatives, while Americans are not allowed to keep any secrets from their government. That’s exactly backwards. In a country founded on principles of liberty and democracy, the personal information of law-abiding Americans is none of the government’s business, but the policies of the government are very much the business of Congress and the American people.

This entry was posted in RagBlog and tagged FBI, Surveillance, U.S. Government. Bookmark the permalink.