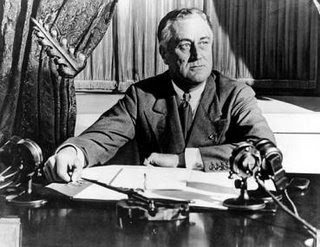 On this day in 1605, for those of us who weren’t there, an event known as the Gunpowder Plot unwound in London. A group of disaffected Catholics, apparently upset that their new King, James the First (also known to the Scots as James the Sixth) hadn’t proved to be more tolerant of Catholics. In fact, he had ordered all the Catholic priests out of England.

So a group of plotters arranged for thirty-six barrels of gunpowder to be placed in the cellar of a house next to the Houses of Parliament. By all accounts, there was enough firepower that a large part of the City of London would have been destroyed. The plot appears to have unwound when it occurred to one of the conspirators that blowing up Parliament would also kill a lot of Catholics. Word of the plot was leaked, and authorities arrived to find one Guy Fawkes sitting on the gunpowder, awaiting the order to light the fuse. Guy Fawkes Day, or Bonfire Night, has been celebrated ever since.

But what about this fifth of November? Has the world changed because of what happened in the United States yesterday? Some, yes; but not a lot.

Since it became obvious last night that the United States had elected Barack Obama as its next president, commentators and ordinary people all over were congratulating the US on overcoming its history. Frequent references were made to Martin Luther King’s dream of a day when the US would not judge a man by the colour of his skin, but by the content of his character.

Is that really what happened? I don’t think so.

Exit polls revealed that only a small percentage of voters claim to have been influenced by race. Frankly, I’m not buying it. Simply by listening to pundits and voters discussing the results on the morning after, it is clear that race did matter. It seems clear to me that a great many voters did indeed judge this man on the colour of his skin. Some chose him because he looked like them, and some didn’t choose him because he didn’t.

Realistically, though, that doesn’t really matter. While there is at least some evidence that Obama attracted a great many votes based on colour, he was clearly an attractive candidate and distinctly different from his main opponent. Let’s give some credit and accept that a lot of Americans voted for him because of the content of his character.

Obama is clearly charismatic, thoughtful, intelligent, and committed. He is the first US president who is not descended from Northern European stock, and his views and character are certainly informed by his heritage and his family history. It seems entirely reasonable to believe that this man sees people outside the United States as people—not just as raw material or cheap labour. And in that sense, this is a different world.

But before the bloom is off the rose, let’s also remember that much of yesterday’s result is a clear repudiation of George Bush and his simple-minded presidency. As well, McCain likely suffered because of the economic turmoil in the US. Although there is great expectation that Obama is going to fix that mess quickly, no one should be holding his or her breath for it. It isn’t going to happen.

The election probably doesn’t represent a paradigm shift in American values. There is clearly still a big divide between the so-called red and blue states, there is huge inequity within the US, and most US citizens still see themselves as the most important people on the planet. America is all that matters to most of them.

And if there were fears among some that ‘liberals’ were coming to take over the nation and enslave everyone’s first born, you would be hard-pressed to see that in the results of the vote, and in the ballot questions in many states. There is a mixed result in those ballot questions that suggests many aspects of the American psyche are profoundly conservative, while others are shockingly liberal. Go figure.

But all of that aside, is the election of Barack Obama going to make a difference in the US and in the world? Sure. But it won’t be long before the other shoe drops. Everyone will soon realize that whatever change is going to come, it will arrive slowly and will generally fail to meet expectations.

Some changes will be sudden and dramatic. First, the level of intelligence in the White House will have jumped by an order of magnitude. It has been eight years since there was a resident president with an IQ higher than a used tea bag. And the level of discourse should certainly improve—Obama is very intelligent, seemingly very decent, seems to be a man of principle, and has a sense of civility and good manners that Washington has not seen in a long time. Perhaps ever.

But the real changes that the US needs, aren’t going to happen. There is nothing Obama can do (even if he wanted) about reforming the political machine, the economic rape of the middle and lower class, or the Pentagon. In the tough economy he will inherit, there is lot of his campaign pledge package that is simply out of reach. Unless, of course, he takes a page or two out of the Franklin Roosevelt playbook. But in a United States that is fervently averse to anything smelling even remotely of what they euphemistically call ‘socialism’, that is not likely to be starter for him.

He has said he wants out of Iraq, but it is hard to determine if that is because he recognizes the moral shame of the war, or just because it’s costing too much money. Either way, he will have the US war-monger class—a substantial constituency—to deal with. And that is going to be a hard sell. Interestingly, he has spoken of expanding the war in Afghanistan. History has apparently taught him nothing; even high school students are smart enough to know about the failure of every attempt to subdue that country.

Obama will be received in the rest of the world as a breath of welcome air, but unless he is able to change the relationship between the US and everyone else, that air will soon become stale. His best bet would be an attempt, again, to live up to Franklin Roosevelt.

In 1933, at his first inauguration, Roosevelt espoused what he called his Good Neighbour Policy. It contained seven simple but clear proposals for how the US could fit into the world community without lowering its own standards and expectations.

Principle One: The first step toward being a good neighbour is to stop being a bad neighbour.

Principle Three: Given that our national interests, security, and social well-being are interconnected to those of other peoples, U.S. foreign policy must be based on reciprocity rather than domination, mutual well-being rather than cutthroat competition, and cooperation rather than confrontation.

Principle Four: As the world’s foremost power, the United States will be best served by exercising responsible global leadership and partnership rather than seeking global dominance.

Principle Five: An effective security policy must be two-pronged. Genuine national safety requires both a well-prepared military capable of repelling attacks on our country and a proactive commitment to improving national and personal security through non-military measures and international cooperation.

Principle Six: The U.S. government should support sustainable development, first at home and then abroad, through its macroeconomic, trade, investment, and aid policies.

Even at the time of he was giving this speech, FDR knew he was not going to sell to the American people the notion that they should be part of the world community. The arrogance and hubris that drove the building of America had long ago precluded the notion that anyone else had relevance or was entitled to their place in the sun. The United States must rule, although it wasn’t until after World War II that they began to export their military might to make sure they would rule.

Unless Obama is able to convince the world that he is moving toward those seven principles, then the world on fifth of November will be just like it was on the fourth.

Paul Richard Harris is an Axis of Logic editor and columnist, based in Canada. He can be reached at paul@axisoflogic.com.