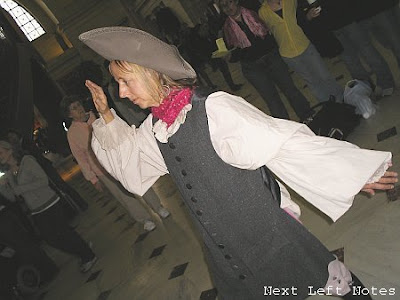 By William Blum / March 23, 2008
Washington, DC – Freeze! No, it wasn’t the police or the FBI breaking into a house and yelling at a bunch of dangerous radicals. It was a hundred dangerous radicals telling the White House and the Pentagon to freeze their crimes against humanity — five years of heartless destruction of a five thousand year civilization.
The radicals were at Union Station in Washington mingling with a crowd of commuters on March 18. At a set moment they all ceased any motion and stood in place, unmoving and silent, to the surprise and confusion of the commuters. At the five-minute mark they all began chanting “Rise up! End the War!” Many commuters joined in. It was a marvelous moment.

This entry was posted in RagBlog and tagged Arts, Peace Movement, Video. Bookmark the permalink.