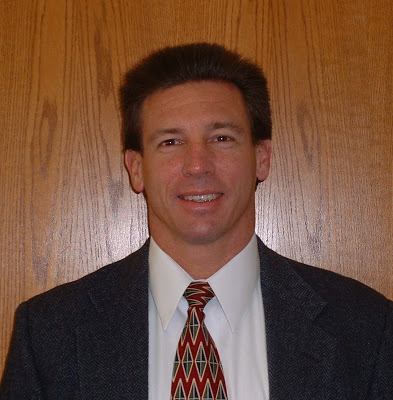 Jeffrey Van Slyke, the former University of Texas Police Department chief who authorized undercover snooping on UT-Austin student groups, finds himself facing hard questions from a student newspaper in Washington D.C. about his policing record at UT in this high-impact piece from the Georgetown Voice.

Of the many regrettable UTPD episodes recounted in the story, perhaps the most controversial in an academic setting was Van Slyke’s admitted, repeated use of undercover officers and informants at UT-Austin to infiltrate anti-war and pro-choice student groups:

On Monday, Van Slyke would not rule out using student informants at Georgetown.

“What I’ve done on other campuses doesn’t necessarily mean that’s going to happen here, and my focus is on what’s best for Georgetown University,” he said.

Professor Tina Fryling, the chair of Mercyhurst College’s Criminal Justice Department and a specialist in criminal justice ethics, said she did not know how often informants and officers are used to report on campus groups.

“I would say it shouldn’t be common, because the whole point of having a college atmosphere is for people to explore their beliefs, their ideas, do whatever they need to do within a group,” she said.

Georgetown President John DeGioia said yesterday that he only approved of the use of student informants and infiltration in rare circumstances.

“I could probably count on one finger in 20 years of knowledge when we’ve been comfortable with having somebody engage in a way that would not be rather transparent,” he said. He added that he was not familiar with Van Slyke’s use of informants.

If nobody in the Georgetown University administration knew about UTPD’s political use of undercover snooping under Van Slyke’s watch, that means nobody bothered to perform any due diligence background check on the new chief. The incidents were nationally publicized; the first time happened within the month after 9/11, although the practice continued for years afterward. The Voice story shows a simple check of The Daily Texan archives would have revealed virtually all the controversies mentioned.

The student paper also contains an especially interesting passage based on Van Slyke’s recently completed Ph.D. dissertation, adding a coda to the incident that’s arguably the biggest public black mark on his stint at UTPD:

Van Slyke received his PhD in Education from UT last fall after successfully defending his dissertation about law enforcement ethics. In the dissertation, he describes unethical behavior he witnessed in university security forces: a cop plays Russian roulette with his revolver in front of colleagues, an officer and her boyfriend sneak into her boss’s office to “be tutored in biology,” and a policeman solicits prostitutes from his cruiser.

The dissertation also describes an incident of oral sex between a student and a campus police officer. In Van Slyke’s dissertation, an officer discovered a woman after her car hit a stop sign.

The situation described in the dissertation bears similarities to an incident that occurred at UT in 2001, in which a UT student claimed that she was forced to perform oral sex on UTPD officer Sellers Bailey. In court, it was revealed that her blood-alcohol content at the time was 0.17. The officer was fired from UTPD (Daily Texan, May 2, 2003) and was eventually charged with sexual assault. He was later acquitted, in part because of his victim’s high BAC.

The story was accompanied with an editorial criticizing Van Slyke (who began his new job as Georgetown’s public safety chief on June 1 after most students were gone for the summer) for refusing to discuss his UT-Austin record or rule out using informants to infiltrate student groups at Georgetown.

Seeing these incidents compiled all together reminds this alum that, at the time these scandals occurred, the UT-Austin administration circled the wagons around Chief Van Slyke instead of reining him in, tacitly allowing tactics like undercover surveillance of political groups. Perhaps with the help of the student press, Georgetown administrators will be more aggressive holding Van Slyke’s feet to the fire.