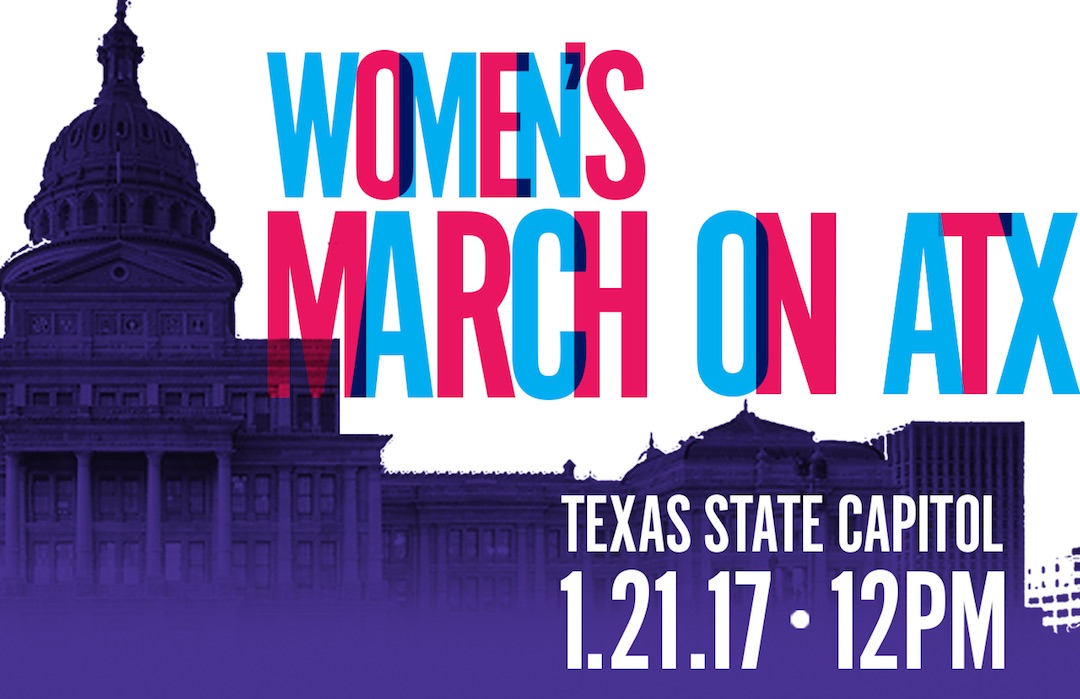 Participants are advised to assemble on the south lawn of the Capitol grounds at 11 a.m., with the one-and-a-half-mile march starting at noon. The march will weave around downtown Austin and return to the Capitol about an hour-and-a-half later for a rally. The march will be led by dignitaries and a professional drum corps

The Austin march gathered momentum quickly as the National Women’s March on Washington began encouraging “sister marches” in early December. Women are renting buses from the big cities and smaller towns — from Houston and Dallas to Waco and Beaumont.

March organizers have a goal of making the march inclusive and diverse.

Melissa Fiero, a veteran of many feminist campaigns, was tapped to lead the Austin rally effort in mid-December. In just over three weeks, the march planning committee had raised over $13,000 and held sign parties in four cities involving hundreds of volunteers.

March organizers have a goal of making the march inclusive and diverse. The guiding principles focus on what the participants are marching for: protection of rights, of safety, of health, and of families. Organizers are trying to avoid stressing the negative statements made by President-elect Donald Trump. In fact there is no mention of Trump in the national and local call to march.

As organizers put it, “We stand together in solidarity with our partners and children for the protection of our rights, our safety, our health, and our families, recognizing that our vibrant and diverse communities are the strength of our country.”

”We want to focus on what brings us together,” said Fiero.

I attended a sign party on Saturday, January 7, where a roomful of over 100 women showed up with poster board and markers to make signs for at least some of the thousands who are expected. A little over half of the women and men there were over 40, but there were a lot of young women as well.

An older woman named Terri was making signs and talking about marching for her grown children and grandchildren. For Terri there was no question that Trump’s attacks had to be countered with large protests. For Sophia, a college student at the table next to mine, it was not just the mysoginist statements by Trump during the campaign, but his cabinet picks and his VP who worried her more.

“This is only the beginning,” Fiero told the volunteers at the recent sign party. At the time, Fiero and the planning committee were preparing for more than 15,000 marchers, but estimates have grown much higher.

As of January 17, the Facebook page for the march shows 26,000 committed to attend and an additional 29,000 “interested It may well be the biggest march for women’s rights here in many decades.

To find out more go to to the event website or the Women’s March on Austin event page on Facebook.

[Glenn Scott recently retired from a 32-year career as a union organizer; she continues to advocate for seniors, for reproductive justice for women, and for organizing unorganized workers for economic justice. She also works with the Austin chapter of the Democratic Socialists of America (DSA).]

1 Response to Glenn Scott :
METRO | On Saturday, January 21, women ‘to make a mighty sound’ in Austin