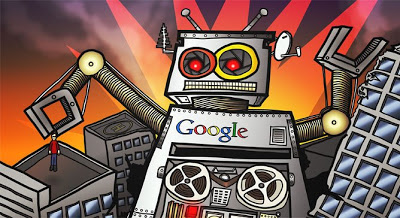 Google has launched a rival site to Wikipedia, called Knol. The big difference between the two is how Knol is handling authorship.

The key principle behind Knol is authorship. Every knol will have an author (or group of authors) who put their name behind their content. It’s their knol, their voice, their opinion. We expect that there will be multiple knols on the same subject, and we think that is good.

With Knol, we are introducing a new method for authors to work together that we call “moderated collaboration.” With this feature, any reader can make suggested edits to a knol which the author may then choose to accept, reject, or modify before these contributions become visible to the public. This allows authors to accept suggestions from everyone in the world while remaining in control of their content. After all, their name is associated with it!

As well as being an attack on Wikipedia, Knol represents an attack on the media industry in general. Writers don’t need to deal with pesky publishing companies, editors etc, they can just do their own thing and have it hosted by Google. Knol authors can also have Google ads on their pages and get “substantial revenue share from the proceeds of those ads,” says Google, which is not the case with Wikipedia.

This entry was posted in RagBlog and tagged Internet, Media, Public Information, Technology. Bookmark the permalink.