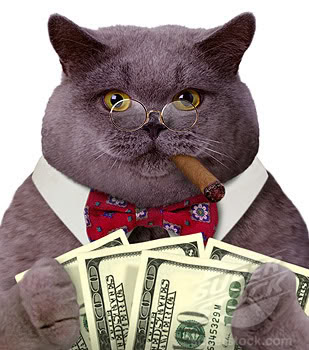 I have been thinking a whole lot about the virtual destruction of the Gulf of Mexico, the rich animal life that once lived there, and the lost jobs of perhaps millions of those who fish, work in the tourist sector, or somehow depend on the resources of the Gulf Coast for their livelihood.

Almost everybody, with the possible exception of libertarians and some Republicans, is condemning British Petroleum for the disaster that they and their corporate sisters such as Haliburton, Deep Water Horizon, and Transocean have wrought. Virtually everybody who comments on the disaster sanctimoniously attacks BP, granted an easy target. Somehow this seems to me to be mistaking the trees for the forest.

I reflected on this general impression when I was listening to a radio report on National Public Radio on Sunday, July 4, about table saw accidents. It seems that some 3,000 people per year cut off fingers with table saws and 10 times that number have accidents that require emergency room visits. Carpenters work with these saws. Backyard hobbyists work with them. And lots of students still take high school shop courses in which they learn to fashion wood products using these dangerous devices.

About a decade ago Steve Gass invented the “SawStop.” The SawStop does everything an old table saw does with one difference. The sharp rotating saw senses when the blade is making contact with a finger. The SawStop sensor shuts down the saw before it can endanger the finger of the wood worker. “When the safety brake is triggered, the blade slams down into the table and away from the person’s hand.”

A logical idea concerning human safety would suggest that all table saws produced subsequent to the invention of this new safety feature would include the new SawStop technology. However, the story indicated, the machine tool industry has resisted adding the safety feature to its product.

A spokesperson for the trade association of tool makers, the Power Tool Institute, indicated why the new safety feature has not been adopted. First, tool makers have always been studying new ways to make their products safer and they think they have found additions to the product that can protect consumers more cheaply. Second, adding the SawStop feature would add cost to the product, cost that they said would have to be transferred to the consumer. Third, adding the SawStop feature to the product, instead of some other, albeit less productive devices, “…could increase the consumer’s cost of table saws and reduce the ability of consumers to choose from among safe alternative designs,” said Susan Young, Power Tool Institute spokesperson.

Finally, the new chairperson of the Consumer Product Safety Commission, Inez Tenenbaum, warned that if the industry does not embrace voluntary standards for product safety, then the government just might have to set product safety standards, presumably at some time in the distant future.

After listening to this NPR report, I reflected on the Gulf Coast disaster. I went back to read a long and technical article about why the Gulf Coast disaster happened, by a research team including David Barstow, Laura Dodd, James Glanz, Stephanie Saul, and Ian Urbina, called “Regulators Failed to Address Risks in Oil Rig Fail-Save Device (The New York Times, June 20, 2010). The article examined why appropriate deep water drilling technology was not installed to prevent oil “spills” such as the BP disaster.

Their article lists a multiplicity of problems including lack of adequate government regulation and oversight; the failure of the Obama administration to deal with “the well-known weaknesses of blowout preventers or the sufficiency of the nation’s drilling regulations”; and the false sense of security of all “stakeholders” including corporations, the Congress, and the regulators.

Most prominently mentioned in the story was the decision of the relevant corporations, Deepwater Horizon, acquired by Transocean, and contracted by British Petroleum, not to install appropriate technology to stifle accidental failures of drilling equipment. “…neither Transocean nor BP took steps to outfit the Deepwater Horizon’s blowout preventer with two blind shear rams.” Why?

The reporters noted that all participating corporations realized the necessity from a safety point of view to have “blind shear rams” on all oil wells. But they suggest that the technology was not made available because of cost constraints. Oil industry studies estimated that pulling up blowout preventers for repairs would cost $700 per minute. “Those costs could be enough to draw the attention of Wall Street.” Industry sources also indicated that drilling corporations “cut corners on federally mandated tests of blowout preventers.”

The authors added that “BP and other oil companies helped finance a study early this year arguing that blowout preventer pressure tests conducted every 14 days should be stretched out to every 35 days. The industry estimated the change could save $193 million a year in lost productivity.”

Reflecting on the table saw industry and the 80-day reporting of the tragedy of the Gulf Coast, I began to think of some parallels between severed fingers and environmental spoilation.

First, corporations engaged in very different productive activities are, by definition, driven by the pursuit of profit and the accumulation of more and more capital. Second, whatever the product, the producing corporations must maximize their profits, meaning minimizing their costs. Third, the ways to minimize costs include cutting wages, increasing worker productivity, minimizing costly health and safety provisions at the work place, and more generally circumventing expensive rules and regulations that are designed to protect workers, consumers, and the environment.

Therefore, while we are appropriately outraged at British Petroleum or Black and Decker and should demand that they meet federally determined and enforced health and safety standards, we need to be aware of the fact that the economic system of capitalism shapes and conditions the behavior of all corporations and banks. Some behave better than others and they should be applauded. But, in the end, only a system of humane, democratic socialism can create the conditions for the protection of fingers, hands, wildlife, rivers, streams, and oceans.

1 Response to Harry Targ on Capitalism : How Profits Trump Safety