Harry Targ : The Two Faces of the 2012 Elections 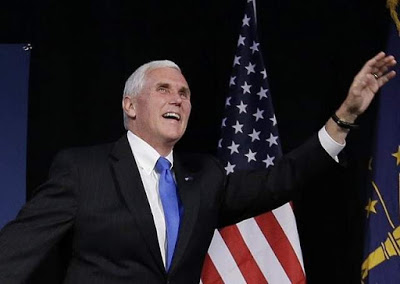 Challenges to a progressive future do not come just from Washington, Wall Street, or the Pentagon. In 2012, state election results led to single-party control of 37 state governments: 24 Republican and 13 Democratic.

WEST LAFAYETTE, Indiana — By many measures progressive forces seeking to defend the rights of women, workers, Latinos, African-Americans, youth, and the elderly won major victories in the 2012 election. President Obama was reelected with strong support from those to his political left.

Democrats, some identifying with populist policies such as Elizabeth Warren and Tammy Baldwin, increased their control of the Senate. And in the House of Representatives, Democrats gained a few seats including those for progressives such as Alan Grayson. The House remained in Republican control despite the fact that Democratic candidates out-polled Republicans nationwide by about 200,000 votes.

Most important, the coalition of progressives who increasingly see connections between the interests of workers, women, people of color, and those passionate about the environment, immigration reform, and peace have vowed to stay mobilized. They see the danger of  “grand bargains” which might make Beltway politicians weaken Medicare, Medicaid, and/or Social Security.

Progressives also are wary of deals that could sacrifice the environment to big oil, maintain the grotesque economic inequalities through tax breaks for the rich, and continue budget-busting military expenditures.

However, challenges to a progressive future do not come just from Washington, Wall Street, or the Pentagon. In 2012, state election results led to single-party control of 37 state governments: 24 Republican and 13 Democratic. Think Progress reported that only 12 states will have evenly contested, two-party government as the 2013 legislative sessions open. This much one-party dominance at the state level has not been seen since 1952.

In many of the Republican-controlled states, legislatures and governors are controlled by Tea Party advocates seeking to privatize public education, reject key provisions of the Affordable Care Act, install or expand Right-to-Work and anti-collective bargaining legislation, end support for Planned Parenthood, put creationism in science classes, and cut college programs not tied to STEM (Science, Technology, Engineering, and Mathematics) curricula.

The states where Republicans dominate governorships and state legislatures are for the most part states in the South and across the Plains.

One of the few Midwest states where one-party rule will prevail in 2013 is the state of Indiana. Despite public perception, Indiana has a history of competitive government. Democrats have controlled bigger cities and industrial areas whereas Republicans dominated in rural and small towns of Central and Eastern Indiana.

Democrats held the governorship from 1989 to 2005, and elected former governor Evan Bayh as senator in 1998. He retired from that post in 2010. Democratic candidate Joe Donnelly, with strong labor support, won the 2012 Senatorial race over Tea Party candidate Richard Mourdock.

In Indiana legislative politics, the Republicans and Democrats each controlled one legislative body from the outset of the new century until the 2010 elections. Then Republicans gained control of the House of Representatives (60-40) and in 2012 won “supermajorities” in the House (69-31) and the Senate (37-13). Meanwhile Indiana elected Tea Party Congressman Mike Pence to serve as Governor. Pence will replace two-term Tea Party “light” Governor Mitch Daniels who was selected the new president of Purdue University by a Board of Trustees mostly appointed by him.

In total, Indiana politics which had been shifting to the right over the last decade, will become a “blood red” state in 2013. Republican spokespersons promise to complete the economic and political agenda they began to institute in the early years of the new century.

Paradoxically, Indiana voters solidly rejected the reelection bid of Superintendent of Public Education, Tony Bennett, who has radically transformed education from a public to a private institution. He has opened the door for taxpayer support for private religious schools. And he has introduced ill-advised “performance” standards to determine financial support for public schools.

To increase the possibility of incorporating markets and religion into what used to be a public education system, he and his colleagues have worked vigorously to destroy teachers unions.

Glenda Ritz, an award winning teacher and media specialist, defeated Bennett by a 52-48 percent margin. Tea Party legislators have indicated that they will move to make the Superintendent’s position an appointed one in the future.

Outgoing Governor Daniels, a key advocate of educational privatization, proclaimed that teachers used improper means to campaign for Ritz, as if the 1 million voters for Ritz who were not teachers were not relevant to the outcome (in Indiana there are 40,000 public school teachers). So if the people make the wrong choices, the Tea Party legislators imply, their right to make those choices must be restricted.

In 2011 the Indiana Institute for Working Families issued a report on the status of working families in Indiana. The report presented economic data on the condition of Indiana’s working families suggesting that workers in the state have suffered above and beyond the level of the national recession of 2007 to 2009. They suggest that, contrary to the public image promoted by outgoing Governor Daniels and his Tea Party legislative colleagues, the conditions of Hoosier working families have worsened as a result of their legislative agenda:

In fact, the data shows a recovery in Indiana marked by a weakened labor market, an unprecedented decline in wages, and dramatic increases in poverty. Due to across-the-board state budget cuts, a significant loss of public-sector jobs, and low uptake rates in work-support programs due to a public policy environment that’s not been conducive to working families, tens of thousands of Hoosiers are unnecessarily experiencing the human toll of this recession. (“Status of Working Families in Indiana, 2011,” Indiana Institute for Working Families)

Indiana progressives have a difficult task ahead. They must reverse the rightward drift of Hoosier politics and public policy and in the long run build a progressive political movement that can fight for and win a new People’s Agenda based on justice, prosperity, and peace.

1 Response to Harry Targ : The Two Faces of the 2012 Elections