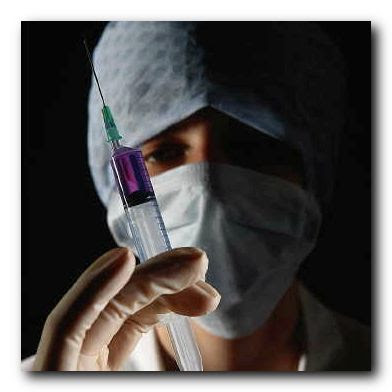 Graphic from ISIPS.
The fight for real health care reform

We are being outspent by billions of dollars by the amalgam of well heeled interest groups that will benefit financially from maintaining the status quo.

In Webster’s Universal College dictionary there are four definitions, but one applies. Prostitute: “A person who willingly uses his or her talent or ability in a base or unworthy way, usu, for money.”

I have studied several photographs of President Obama taken this past Monday with the representatives of the health insurance industry and their shills. Try as I may I cannot get a similar photograph out of my mind, of negotiations which took place in September 1938. Here is Prime Minister Neville Chamberlain in Munich amid a group of glowing contemporaries happily announcing “we have achieved peace in our time.”

Concurrently, Sen. Max Baucus continues to create a chimera in his Senate committee, inviting those to testify who have created the present health care crises and having those who honestly and sincerely desire decent health care escorted out of the chamber in handcuffs. It is really mind-boggling that the needs for health care for all Americans would descend into such a farcical morass.

Each day I come across reports of more unions that have endorsed HR 676. Each time I want to cry out in frustration. I have not reached the depths of cynicism felt by Alan L. Maki as expressed in his excellent comment appended to my Rag Blog article of May 8; however, I can share his frustration. I further appreciate his listing of the financial contributions by the insurance and related industries to the members of the Senate.

It is my understanding that Congress will not finally vote on a health care bill until September, so we have some time to work for HR 676, S 703, or the compromise suggestion of an alternative, i.e. a public, subsidized, public health care plan for all similar to that presently available for those over the age of 65 as Medicare. According to a survey published by The Commonwealth Fund, only 8% of the folks covered by Medicare rated their coverage as “fair or poor,” while 18% of individuals with employer based insurance were dissatisfied.

M.S. Bellows, Jr. has an excellent piece that was distributed by Common Dreams: “Is Obama Naive about the For-Profit Industry’s Commitment to Real Reform?” What was promised? A coalition of health insurance, hospital, pharmaceutical company and physician trade groups, plus a major union, are promising the President that they will reduce the rate of future growth in the cost of health care by 1.5% per year for the next decade! The reason sited by the group — including Big Pharma, the health insurance lobby, the American Medical Association (which represents the pharmaceutical industry and has done so for years), and hospital industry groups — is that they are “Americans.” To anyone with any insight at all this is patently absurd and has absolutely nothing to do with the establishment of a universal health care system in the United States. How stupid do these folks think we are?

Yet, I fear that they have something very strong in their favor, and that is the cultural detachment in the United States. I am taken back to an episode during the 2004 presidential campaign when on a rare occasion I was watching TV – CNN as I recall. The correspondent was interviewing an underprivileged lady somewhere in the Midwest. Her husband was unemployed, they had lost their health insurance, two children were ill, their house was in foreclosure. The interviewer asked the lady who she was voting for, and without hesitation she answered: “For President Bush, of course, he is against gay-marriage.”

In recent weeks numerous new organizations have entered the fight for decent health care, including Single Payer Action and Doctors for America. These join the Physicians for a National Health Care Program, Center for American Progress, Campaign for America’s Future, Health Care for America Now, and others. Yet, in spite of the positive work done by all of these dedicated folk, we are being outspent by billions of dollars by the amalgam of well heeled interest groups that will benefit financially from maintaining the status quo. Their lies and misrepresentations are everywhere: that European or Canadian health care is inferior to ours, that folks die of cancer in the UK because of neglect, that it takes weeks to get seen by a doctor in the Netherlands, that the government in Germany chooses one’s physician. Happily, a bit of light is being brought by The Ed Show on MSNBC, and a few well done TV appeals to support the cause of decent health care.

At near age 88 I hate to surrender; however, I feel that the only answer to achieve anything constructive — and I will, with hesitation, settle for “Medicare for all” — is to mobilize an action akin to the civil rights movement, taking to the streets, the public squares, and our elected representatives’ local offices. This must remain nonviolent, for the forces behind denying health care will only be too glad to take advantage of what they see as civil disobedience. They control the “authorities” and the seats of power. There may be three months to overcome the pandering of the lobbyists to our elected officials. Remember the Jacobins did not initiate the events of 1889, the movement originated with The Third Estate, the middle class.

Don’t miss “The Secret Right-Wing Strategy on Health Care is Exposed,” an article by Bernie Horn published by Campaign For America’s Future. To effectively counter the manipulation of our representatives and the mainstream media, we must stay informed.

Further, do not be distracted by the calls for computerized records as the sine qua non of health care. The right wing seems to feel that this, along with “wellness programs,” and further tax breaks for the well-to-do, will suffice. Granted computerized records would once again open up communications, hopefully, among our various attending physicians, but they would also have the unhappy result of opening up our health care records to the insurance industry and give them further opportunity to fish for reasons to disqualify our rightful claims.

We must educate any and all of our friends. Medicare, for instance, is an example of government run insurance, as is the Veterans Administration (which the Bush administration grossly underfunded). For instance, with a national health program the “bureaucrats” will not select your doctor or hospital for you. You will have free choice of physicians as is the case in Europe. The lies and fabrications of long waits for care in the EU or Canada are essentially just that: lies and fabrications. Yes, in Canada, just as in the United States, you might have to wait for an especially popular physician at a major clinic, but that is the exception, not the rule.

The opponents of universal care will, however, cite it as the rule. You might have to wait for a new and expensive cancer drug in the UK; however, you probably won’t get it at all in this country — without the best insurance. Here’s a statistic to remember: single payer, universal care as proposed in HR 676 will cost the citizen approximately 40% of present costs.

Health Insurance Company Profits in 2007 (thanks to the Wonkroom at Think Progress):

Much work lies ahead. We must unite and give it a good try, for if we do not succeed we will encounter an even worse health care situation than has been foisted upon us by the health insurance industry for the past 30 or more years.

2 Responses to Health Care Profiteers : This Won’t Hurt a Bit