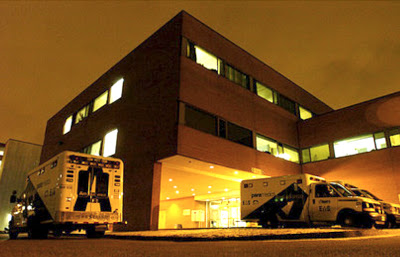 Few politicians have dared to question the health care system itself in this country. Yet, there are 99,000 easily preventable deaths a year from infections acquired in the hospital, according to the Center for Disease Control. The passage of health reform, the Christmas Eve gift to the American public, promises huge returns for everyone, even those with excellent health insurance. Because what good is good insurance when more people die from infections acquired in the hospital than from breast cancer and AIDS combined??

In most states, hospitals are not required to report these rates of infections, which is how they get away with it. New regulations in the health bill which require reporting of hospital acquired infections, will almost entirely eliminate this deadly threat.Other examples of how cost controls are going to result in a betterSystem of health care abound.

For the last decade or two, the costs of health care have skyrocketed. The Mayo Clinic has led the way, and numerous commissions have made simple recommendations to change the rules of the game, by comparing treatments to determine which are most effective. Due to their great promise of cutting costs, most of these measures have made it into the current law now so close to our grasp.

What has been needed has been a restructuring of incentives, a consistent theme in Obama’s health care reform agenda, and we are that close. Because of the power of the right, the new bill does not cover everyone, but Paul Krugman says it best. “Guys, this is a major program to aid lower and lower-middle-income families. How is that not a big progressive victory?”

Jonathan Chait explains why this legislation is the greatest social achievement of our time. Our health care system has been focused on finding the most expensive remedies; this new legislation will require an apples to apples comparison of treatments and end up changing the nature of health care. Change we can depend on.