James Retherford : Sweeping Away the Snow 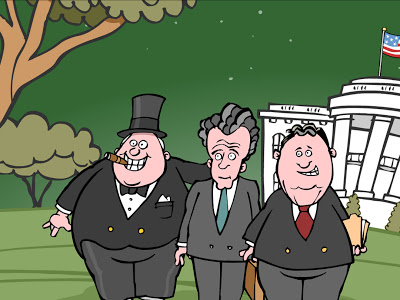 Art by Mark Fiore. See link to animation below.
Citizens of the earth:
Best wishes in bad times

Pardon me if I use this greeting to sweep away the usual seasonal accumulation of snow… and more. This is the time of year when we typically offer each other best wishes and hopes for peace and prosperity in the new year, and I wish each and every one of you all of these things and more.

But this year I also must consider how hollow these thoughts ring when so many of our fellow Americans are jobless and sinking into poverty — and, in too many cases, homelessness. As I think about this, I must, as a citizen of the Earth, also consider how the collapse of the American middle class is but a ripple compared to the economic tsunami unleashed by the worldwide Ponzi scheme hatched by the grifters on Wall Street.

Finally I think of young men and women, forced to choose between careers in legalized war (the military) and illegal wars (drug gangs) because of the wholesale export of American manufacturing jobs to cheap labor markets.

American soldiers are returning from endless deployments to the endless war physically broken and psychologically devastated — haunted by the growing awareness that they have participated not in a noble cause to keep America safe from terrorists or a grand religious crusade against the anti-Christ but rather that they themselves were unwitting pawns in a grand larceny and are nothing more than mercenary terrorists hired by American corporatists to steal the national wealth of Islamic peoples halfway around the world.

This is the season to stop and take stock of where we have been and what we must do. For me — and I strongly hope for you too — this is time to seriously consider what we ALL must do together in 2010 to FIGHT BACK! … to take our nation back from the criminals, the oily oligarchs, the fancy financiers, the war-mongers, the inside-traders, the political hacks, the brown shirts, and — did I mention? — the criminals.

‘Tis the season for giving, so let’s hand out some long prison sentences at hard labor to ALL of those who have been robbing us blind while pimping the Constitution.

Maybe after we give Guantanamo back to its rightful owners, the Cuban government would loan it back to us as a place to incarcerate the corporate crooks and their cronies.

Meanwhile please enjoy Mark Fiore’s seasonal reminder and “Ho! Ho! Whoa!” (Christmas may have passed, but the season of consumption is still with us.)

Oh, and have a happy new year. Please. 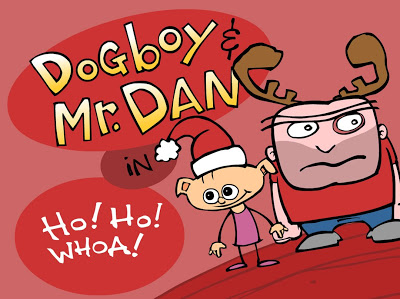