Health Care Reform : Private Companies Just in it for the Money 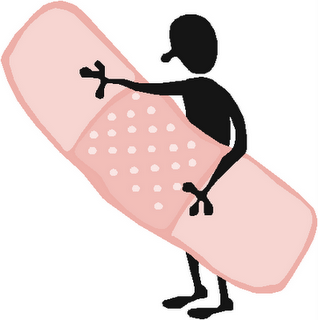 We have an opportunity to make real and substantial changes to fix America’s health care. A few promises and some band-aids on our current system are not nearly enough.

The commitment has been agreed to by six trade associations representing unions, hospitals, insurers and the drug industry. The administration is treating this as good news, and says it shows these private companies are on board with health reform. I’m not at all sure I agree.

The fact is that we are spending more money on health care per patient than any other industrialized nation and getting less for it. The climate is ripe for real reform, and that is scaring the hell out of the insurers and health care providers. They are making obscene profits from the current system, and are afraid of substantial reform — afraid it will interfere with those profits.

Notice that they didn’t agree to actually cut any costs — only the rate of growth of the costs. If you’ll re-read the first paragraph, you’ll see they are only promising a 20% cut in the “growth” of health care costs. Frankly, that’s not nearly good enough.

It’s time to take the obscene profits out of health care. Providers need to be paid fairly, but that is not the problem in the current system. The problem is that the insurance providers and big pharmaceutical companies are in charge — not the doctors, clinics and hospitals.

The last time health care reform was proposed, these companies ran ads saying it would deny patients the right to choose their own doctor, and keep the doctors from determining what care was needed and should be provided. This campaign was a big lie, because consumers who have private insurance do not currently have those rights.

Consumers cannot choose their own doctor and hospital. Both must be chosen from a list provided by the insurance company. If a doctor or hospital is not on the list, then the consumer cannot choose them (or must pay thousands of extra dollars out of their own pockets if they do choose them).

The only way to actually cut costs and cover all of our citizens is to institute a government-run single-payer health care system. This would instantly cut out the obscene profits of the insurance companies. It would also allow the government to control the costs of medications.

And it would allow each patient to choose his own doctor and hospital, and put the doctors back in charge of health care decisions. This is true in Canada, Great Britain, France and most other industrialized nations with government-run health insurance system, so there is no reason it cannot be done here.

So, don’t fall for this announcement that the private companies are going to cut costs. They aren’t — only the growth of costs. Don’t let them fool you into believing a public health care insurance plan is not needed. It most certainly is needed.

We have an opportunity to make real and substantial changes to fix America’s health care. A few promises and some band-aids on our current system are not nearly enough. Decent and affordable health care should be the right of every American — not just the rich.

1 Response to Health Care Reform : Private Companies Just in it for the Money