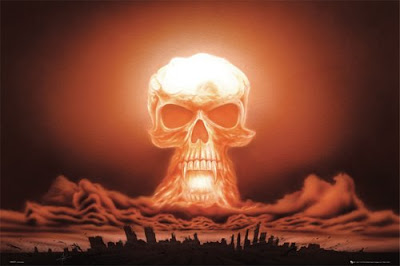 How proud the Clintonistas must be. They have learned how to rival what Hillary once termed the “vast right-wing conspiracy” in the effort to destroy a viable Democratic leader who dares to stand in the way of their ambitions. The tactics used to kneecap Barack Obama are the same as had been turned on Bill Clinton in earlier times, from radical-baiting associates to challenging his resolve in protecting the nation from foreign enemies. Sen. Clinton’s eminently sensible and centrist—to a fault—opponent is now viewed as weak and even vaguely unpatriotic because he is thoughtful. Neither Karl Rove nor Dick Morris could have done a better job.

On primary election day in Pennsylvania, even with polls showing her well ahead in that state, Hillary went lower in her grab for votes. Seizing upon a question as to how she would respond to a nuclear attack by Iran, which doesn’t have nuclear weapons, on Israel, which does, Hillary mocked reasoned discourse by promising to “totally obliterate them,” in an apparent reference to the population of Iran. That is not a word gaffe; it is an assertion of the right of our nation to commit genocide on an unprecedented scale.

Shouldn’t the potential leader of a nation that used nuclear bombs to obliterate hundreds of thousands of innocent Japanese employ extreme caution before making such a threat? Neither the Japanese then nor the Iranian people now were in a position to hold their leaders accountable, and to approve such collective punishment of innocents is to endorse terrorism. This from a candidate who attacked her opponent for suggesting targeted strikes against militants in Pakistan and derided his openness to negotiations with other national leaders as an irresponsible commitment on the part of a contender for the presidency.

Clearly the heat of a campaign is not the proper setting for consideration of a response to a threat from a nation that is a long way from developing nuclear weapons. Obviously the danger of Iran’s developing such weapons can be met with a range of alternatives, from the diplomatic to the military, that do not involve genocide and at any rate must be considered in moral and not solely political terms. Or is it base political ambition that would guide Clinton if she received that middle-of-the-night phone call?

If so, it cannot be assumed that Hillary Clinton as president would be less irrationally hawkish and more restrained in the unleashing of military force than John McCain. The latter, at least, has personal experience with the true, on-the-ground costs of militarism gone wild. Yes, I know that McCain still holds out the hope of winning the Iraq war that both he and Hillary originally endorsed, but for Clinton to raise the rhetoric against Iran in the midst of a campaign is hardly the path to Mideast peace, whether it concerns Israel or Iraq. It is bizarre that a politician who bought into the phony threat about Iraq’s nonexistent WMD arsenal now plays political games with the alleged threat posed by Iran.

The war has accomplished only one major change in the configuration of Mideast power: Iran now holds uncontested supremacy as the region’s key player. Whatever chance there is for stability in Iraq now depends on the blessings of the ayatollahs of Iran, whose surrogates were put in power in Baghdad as a consequence of the American invasion. It is totally hypocritical for Clinton or McCain to now talk about getting tough with Iran over the nuclear weapons issue, when both contributed so mightily to squandering U.S. leverage over Tehran.

To meet that potential nuclear weapons threat from Iran requires a serious, non-rhetorical, multinational response that makes clear that no nation has the right to obliterate the population of another, and that nations, even our own, that claim that right should be challenged as unacceptably barbaric. Instead, Clinton played into the thoughts of fanatics throughout the world who believe that might makes right and who take the United States—which spends more on its military than the rest of the world combined (including many billions on new sophisticated and “usable” nuclear weapons)—as both their enemy and an example to emulate.

What better argument do the ayatollahs need to justify their obtaining a nuclear “deterrent” than that the possible leader of the first nation to develop nuclear weapons, and the only one to ever use them to kill people, now threatens the people of Iran with obliteration?

Source. / TruthDig
Thanks to David Hamilton / The Rag Blog

April 21: Hillary Clinton talks with Countdown’s Keith Olbermann on the eve of the crucial Pennsylvania primary.

Sen. Hillary Rodham Clinton confirmed Monday that as president she would be willing to use nuclear weapons against Iran if it were to launch a nuclear attack on Israel.

Clinton’s remarks, made in an interview on MSNBC’s “Countdown With Keith Olbermann,” clarified a statement she made last week in a Democratic presidential debate in Philadelphia. In that debate, Clinton, D-N.Y., said an Iranian attack on Israel would bring “massive retaliation,” without defining what the phrase meant.

In the interview Monday, Clinton affirmed that she would warn Iran’s leaders that “their use of nuclear weapons against Israel would provoke a nuclear response from the United States.”