Housing Crisis: "My Son Was Not So Lucky" 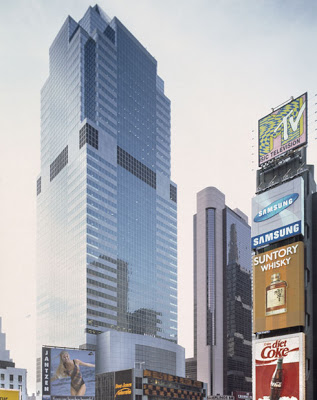 I’m certain other institutions will follow their lead; this article probably doesn’t surprise most of us.

For me, I was glad/am glad I’ve seemed to have a ‘nose’ for these potential down-turns, and after having our property appraise 4X more than what we paid for it; keeping a very low mortgage balance, in August of 2007 we asked for a one-time equity loan to pay off our existing credit cards. What was funny was the loan officer who approved this loan said, “You’re asking way too little when you consider the finance charges on this loan; why don’t you triple your request.” Aha, that was a clue to ‘just say no’!!!!

At the time, I thought possibly those officers might be getting a commission based on the SIZE of the equity-loan, and have no idea if there were those kinds of incentives as it seemed loans were being written at such a fast and furious pace.

Now, based on the down-turn, our property has been reduced by 18% in just ONE YEAR. The only good thing for us, was we had a sizeable ‘cushion’ based on the original purchase price, and after adding the equity loan, we can still take a substantial ‘hit’/reduction, and still not owe MORE than the appraised value. Since this is our retirement home, we won’t be putting it on the market, so that gives us a certain comfort because when we die whatever the value is then, should be more than any remaining mortgage on the home (at least our kids should get a few dollars from the inheritance).

My son was not so lucky; he bought his home February 2008 – it’s dropped so sharply, that he’s lost $180,000 these past 6 months in the ‘appraised value’. There’s no way he can afford to sell the place; he can’t afford to pay off what would be a mortgage (plus closing costs and fees) of $200,000 in one LUMP SUM payment. So, he’s stuck – and for how many years???? The sad thing was I suggested they hold off a bit; that I didn’t think the housing market was going to do anything but collapse because of the many loans being written – the adjustable rates scared me, and I knew they wanted to potentially relocate in 2009 after his wife finished getting her doctorate degree. It bothers me because my son felt I was being too cautious; he claims I’m so conservative when it comes to money, and now he’s so sorry he didn’t listen.

Possibly if you’ve got any children or young people who are not aware that they might not be able to draw against any equity line of credit they might have received from their bank, this article should be read and shared.

This whole mortgage issue has certainly saddened me, because all my life it was considered a safe thing to invest in – your home. Real estate usually increased in value over time; it was something a person could rely on, and the equity loans or home-improvement loans used to be viable. Now it seems our children and our grand-kids are going to end up paying RENT; cramming themselves into shared housing, and it makes me sick to think about it.

Morgan Stanley, the second-biggest U.S. securities firm, told thousands of clients this week that they won’t be allowed to withdraw money on their home-equity credit lines, said a person familiar with the situation.

Most of the clients had properties that have lost value, according to the person, who declined to be identified because the information isn’t public. The New York-based investment bank will review home-equity lines of credit, or HELOCs, monthly from now on, the person said yesterday.

Wall Street firms including Morgan Stanley are ratcheting back on risks after the collapse of the subprime mortgage market and ensuing credit contraction saddled banks and brokerages with almost $500 billion of writedowns and losses. Consumers fell behind on home-equity credit lines at the fastest pace in two decades in the first quarter, the American Bankers Association reported last month. 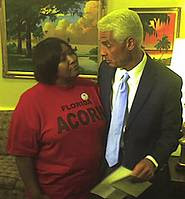 I figure when the federal government is handing out all those billions to Freddie Mac and Fannie Mae to solve the mortgage crisis, I’ll just slide in line and get a few dollars for my own mortgage crisis. Luckily for me, my maiden name is Mack, and my grandmother’s name was Fannie, so the paperwork should be easy.

I appreciate the president for signing the “American Housing Rescue and Foreclosure Prevention Act” into law last week. It’s better than nothing.

But I learned from my experience with a deceptive lender to always read the fine print. And the fine print of this bill sounds more like an “American Corporate Rescue Act” for Freddie Mac and Fannie Mae than much help for an ordinary homeowner like me. You can bet Congress didn’t make the CEO of Freddie Mac give up any of his almost $20 million in pay as part of this $300 billion sweet deal.

For us, of course, there are strings attached. If you’ve already gotten a 60-day notice, tough luck for you, because the refinancing program doesn’t start until Oct. 1. You’ll have to pay a fee to refinance. Lenders don’t have to agree to easier terms. Many won’t qualify because their incomes are too low or their debt is too high.

Of the million homeowners foreclosed on last year, or the 2 million expected to face foreclosure by the end of the year, this program will only help 400,000 at best. And I bet a lot of those 400,000 still won’t be able to afford their so-called re-financed loans.

We didn’t make those banks and mortgage companies cook their books, or hire felons, or hand out mortgages like church bulletins to everyone who walked through the door. In fact, for years ACORN has been doing everything in its power to stop predatory lending. Last week hundreds of us rallied at National City Bank offices in 30 cities and persuaded the company to negotiate their loan practices- good news for future borrowers, but little help for those who have already lost their homes.

The federal government continues to bail out industry after industry, but the buck always stops with the taxpayer who ends up footing the bill for every corporate crash. Our country is like a dysfunctional family with one spoiled kid rescued every time he messes up and the other given tough love even without doing anything wrong.

So I’m changing my name to Mrs. Fannie Mack.

As Tom Paxton said in his 1980 song about the infamous Chrysler bailout: “I’m changing my name to Chrysler. When they hand a million grand out; I’ll be standing with my hand out; Yes sir, I’ll get mine.”

[Carolyn Patmon is the head of Anti-Foreclosure Committee for Orlando ACORN and a family delegate for the Equal Voice for America’s Families Campaign of the Marguerite Casey Foundation.]

This entry was posted in Rag Bloggers and tagged Banking, Corporate Welfare, Economy. Bookmark the permalink.

4 Responses to Housing Crisis: "My Son Was Not So Lucky"