How We Love Our Children 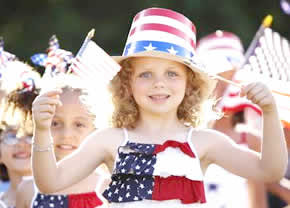 One of the many things we believe about ourselves that just ain’t so is that Americans, God love us, are absolutely crazy about children. Dote on them. Pamper them. Protect them from all perils, foreign and domestic. Wouldn’t harm a hair on their adorable little heads.

This is absurdity on the order of believing that we are a peace-loving nation, except for those unfortunately numerous occasions when charity obliges us to inflict democracy on less blessèd countries.

The truth is that, taken by and large, we hate, fear and lust after children unless they happen to be our own— and sometimes even then. We refuse them decent educations, sexualize them endlessly in our media, jail and even execute them, deny them medical care, plunge them into lifelong debt as soon as they have enough money to be worth stealing, and send them off to endless wars whose only apparent purpose is to act as psychic Viagra for aging Bushes, Cheneys, Rumsfelds and similar swine in the loyal opposition.

Do I exaggerate? Let’s look at some numbers. Here’s UNICEF’s report on “Child Well-Being in Rich Countries.” It starts out by saying:

The true measure of a nation’s standing is how well it attends to its children — their health and safety, their material security, their education and socialization, and their sense of being loved, valued, and included in the families and societies into which they are born.

Of the twenty nations studied, the United States is nineteenth. Only the United Kingdom is more neglectful and cruel towards its children than are we.