I Do Not Intend Holding My Breath While Waiting 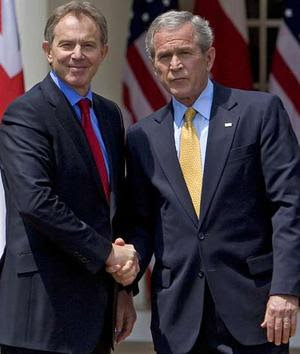 Letter to the Chief Prosecutor of the International Criminal Court
By Robert Thompson / July 21, 2008

Subject: Selection of persons to be charged

For over fifty years I have been a lawyer (now in retirement), and during that time I have had practical hands-on experience of international law at the highest level and criminal law (among other disciplines) at all levels. My experience has also caused me in many fields to work under two very different judicial systems, namely that in operation in England and Wales and that applied in France.

I was greatly upset to hear on the radio that you had decided to seek an arrest warrant against Mr Omar el-Basheer, the current President of Sudan, for his alleged personal responsibility for crimes committed in Darfour, but that you had no desire to initiate proceedings against either Mr George Walker Bush, the current President of the United States of America, or Mr Anthony Charles Lynton Blair, the former Prime Minister of the United Kingdom of Great Britain and Northern Ireland, for their admitted personal responsibility for crimes affecting Iraq.

To an experienced lawyer such as I am this seems an extraordinary attitude on your part, since it would seem normal to act first in cases where the accused person admits (and even boasts of) extremely serious breaches of the Nuremberg Principles, as well as provisions of certain Geneva Conventions.

It also seems to me that there is a difference of scale in the offences which either apply or could apply to the facts. The thousands of victims of repression in Darfour are much fewer in number than the victims of the actions of Mr Bush and Mr Blair (and many of those to whom they gave orders) when they decided to wage war against the people of Iraq and subsequently to occupy that country.

It seems to me that you, as Chief Prosecutor at the I.C.C., have an absolute duty to pursue those who admit that they have acted in ways which are so seriously in breach of international criminal law.

If you consider these simply definitions, it seems impossible for you not to draw the conclusion that these two men (and many of their advisers and servants) are clearly guilty of Crimes against Peace and also appear to have been complicit in both War Crimes and Crimes against Humanity.

A summary of these three forms of criminality under Principle VI can be made as follows:

a) Crimes against Peace, in that they planned, prepared, initiated and waged a war of aggression against Iraq in direct violation of the international agreement set out in clearly worded United Nations Security Council Resolutions;

b) War Crimes, in that they were party to the ill-treatment and deportation of civilians, and prisoners of war, such as those who were sent to Guantanamo Bay from Afghanistan and elsewhere, and also in the destruction of cities, towns and villages in Iraq (there have also been the use of torture on prisoners);

Under Principle VII things look even worse for both men, since they have been complicit in many crimes committed in many countries including those already mentioned.

I have limited myself in this letter to specific crimes committed in relation to Iraq and Afghanistan, but similar points can be made concerning both men (and their advisers and servants) regarding other lands, particularly the Lebanon and Palestine, under Principle VII, for having provided the aggressors with vast quantities of arms knowing full well that they would be used for unjustified aggression.

The obvious question is therefore why you do not immediately seek arrest warrants against Mr George Walker Bush and Mr Anthony Charles Lynton Blair (and some of the others suggested above). The fact that the United States of America refuses to recognise the I.C.C. should not prevent your so doing, since these people could be arrested if and when they might dare to enter any country which does recognise the Court.

I would be very happy to hear from you, but I do not intend holding my breath while waiting, since your decision to act against Mr Omar el-Basheer seems to be a sign both of shocking partiality against such a man while failing to act against much worse offenders and of an unwillingness to act against persons for the sole reason that they are powerful.

This entry was posted in RagBlog and tagged Criminal Justice, War Crimes. Bookmark the permalink.