In 2008-2009, Israel virtually crushed the tiny territory and its 1.7 million inhabitants, killing 1,400 Palestinians, while losing only 10 Israeli soldiers. 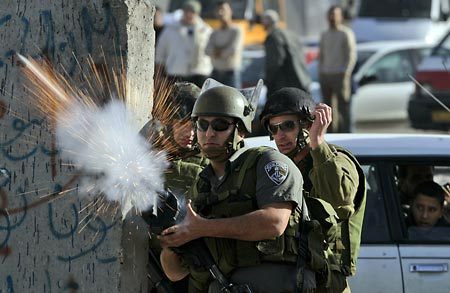 Once again, Israel has found a pretext to viciously bomb Gaza. The UN wants the bombing to end, deploring that 80% of the 200 Palestinians who have been killed so far have been civilian women, children, and men.

We have heard this before, most recently in late 2008 and early 2009 when Israel virtually crushed the tiny territory and its 1.7 million inhabitants, killing 1,400 Palestinians. Ten Israeli soldiers died, half from friendly fire. The same story was told in 2012. There are many good reasons to question Israel’s justifications for its current violence in Gaza, just as there were in its earlier episodes.

1. First, there has been no evidence as to who killed the three Israelis. The Hamas government may not have been involved. Some other group or an individual acting without any authorization from Hamas may have committed this crime.

2. Second, between the three deaths and the rocket firing several days later, there was Israeli violence, mass imprisonments, house burnings and other outrageous repression. These are the reasons Hamas says it fired rockets two years after a 2012 cease-fire agreement with Israel. Hamas also argues Israel has reneged on several other earlier commitments, such as allowing the territory’s inhabitants the freedom to trade, travel, and rebuild a shattered infrastructure.

3. Third, the principal motive for launching an illegal war mainly against civilians was neither the deaths nor the rockets. The Israeli regime’s main purpose was to destroy the impact of the extremely important new unity between the political leaderships of the occupied Palestinian territories of West Bank and Gaza. Such unity, after years of separation, would have generated a more formidable Palestinian and international opposition to Netanyahu, the leading antagonist to a two-state solution.

There is much more to say on the subject — and it is said well in several articles I have posted at the Hudson Valley Activist Newsletter as part of a feature, “The Truth about Gaza.”

[Jack A. Smith was editor of the Guardian — for decades the nation’s preeminent leftist newsweekly — that closed shop in 1992. Smith now edits the Hudson Valley Activist Newsletter.]