James McEnteer :
Blasts from the past in Buenos Aires

Omnipresence of Beatles offers counterpoint to hall of horrors at Museum of Memory and Human Rights. 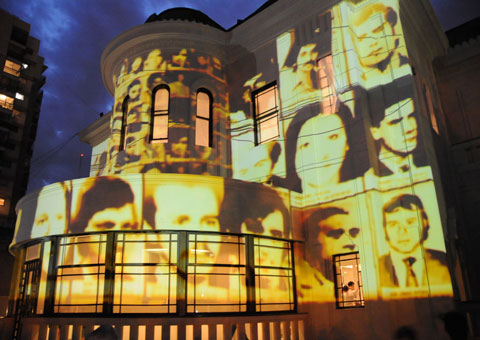 The Museum of Memory and Human Rights in Buenos Aires.

QUITO, Ecuador — On a visit to Buenos Aires last month, it took a few days to register: they were everywhere. Their music poured out of cafes and record stores in Palermo and San Telmo. Posters of their faces, individually or together, appeared in store windows and on walls in various styles, from photos of their early mop top days to elaborate psychedelic images of their later, bushier incarnations.

Like all great music, the best of the Beatles brings back the spirit of the era in which it originated, even as it offers fresh pleasures in the present moment. From “I Want to Hold Your Hand” to “Norwegian Wood,” to “When I’m Sixty-Four” to “Let It Be,” Beatles music has traveled far and well. Evocative of long-gone times and places, their songs of innocence and experience also transcend any context, appealing to many who have never heard them before.

Why this rampant retro Beatlemania now in 2015 Buenos Aires?

But why this rampant retro Beatlemania now — half a century on — in 2015 Buenos Aires? I pondered the matter as we roamed around the great city.

We visited the Museum of Memory and Human Rights at a former military base in Buenos Aires, where thousands of individuals were detained, tortured, and murdered during the reign of the Argentine military from 1976 to 1983. Surrounded by residential and commercial areas, the horror of what happened here not long ago seems augmented by the normality — the banality — of its setting. Life went on as usual while state terrorism did its monstrous work, year after year.

The site of the current museum was one of hundreds of detention centers in Argentina where the military waged war on their leftist enemies and their sympathizers. Estimates of the “disappeared” range from 12 to 30 thousand people. Most of them were young, some only 15 or 16.

The Museum of Memory has mounted the faces and names of many of these victims on the walls of a huge pavilion. It is a staggering, heartbreaking sight. Some victims were held and tortured for months or years before being dropped out of airplanes at high altitudes over the Rio de la Plata or the Atlantic Ocean. There is another memorial park near the river.

The ‘disappeared’ included those thought to be a political or ideological threat to the junta.

According to Wikipedia: “The ‘disappeared’ included those thought to be a political or ideological threat to the military junta, even vaguely, and they were killed in an attempt by the junta to silence the opposition and break the determination of the guerrillas.”

Women known as the Mothers of the Plaza de Mayo, the most politically important square in Argentina, began to demonstrate in 1977, demanding to know the whereabouts of their missing children, bringing the world’s attention to the brutal methods of the military regime. These days the Grandmothers of the Plaza de Mayo demand to learn the fate of the many children born in captivity.

Some mothers who were murdered had their babies adopted by their murderers. DNA testing has helped some of these babies — now adults — identity their biological parents and prosecute their adopters for kidnapping. However, as the Argentine newspaper, La Nacion, reported, some adults who were adopted by now-wealthy families and have grown up in that world, don’t want to have their DNA tested or if tested, don’t want to recognize the results.

Their Dirty War lingers on today.

To distract from growing unrest in their country, the Argentine military rulers waged a war against the British in the Falkland Islands. When Britain crushed Argentina, the dictators were done. But their Dirty War lingers on today with the unresolved issues of missing persons, forced adoptions, unpunished perpetrators and terrible questions:

How and Why did this happen? Could it happen again?

When my teenage son stood in the large pavilion at the Museum of Memory, looking at thousands of faces of the disappeared — some younger than he is, who were snatched off the streets, abused and killed by the rulers of their own country — he found the concept hard to grasp.

A few years ago, we visited museums in Soweto, South Africa, detailing racist crimes of the apartheid regime. Must the world be filled with memorials to victims of state brutality?

Maybe we need more. The wall commemorating American war dead in Vietnam seems insufficient. The USA never apologized for dropping atom bombs on Japanese civilians. Or for slaughtering 200,000 Filipinos. Or My Lai. Or the Bush-Cheney kidnappings, detentions, and torture. Abu Ghraib. Guantanamo. The obliteration of Iraqi and Afghani civilians. Or the myriad Obama drone victims. 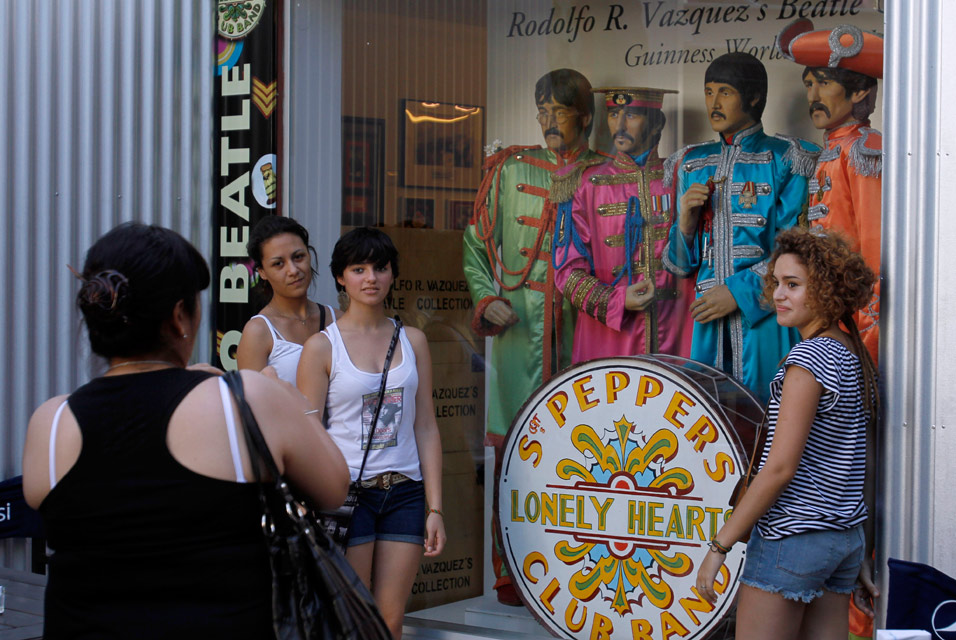 Maybe a mammoth Massacre Museum could cover the many varieties, if it were large enough. Perhaps in Waco. Or Wounded Knee.

But the USA is not ready to say ‘Never again!’

But the USA is not ready to say “Never again!” We don’t care to acknowledge the genocide of Native Americans or the ongoing persecution of African-Americans. We never copped to centuries of Nativist barbarism against minorities and immigrants, still flaunted by the likes of Donald Trump. Someday Trump’s grimacing cartoon visage may remind future generations of our own savage past.

And future teenagers will ask: How could that ever have happened?

As Argentines cope with memories of their bitter, not-so-distant past, it’s no wonder many prefer to remember back before the dark days of military dictatorship to more innocent rebellions of long hair, drugs, and sexual hi-jinks.

“Turn off your mind, relax and float downstream, it is not dying, it is not dying… I’d like to be, under the sea, in an octopus’s garden in the shade… Strawberry fields forever…”